Senator Sheldon Whitehouse (D-RI) has been giving powerful speeches about the urgent need to take action for our climate on the floor of the U.S. Senate regularly over the last three years. He just gave his 100th speech. This dedication and persistence for our climate is the kind of leadership we desperately need. Will you […]

One of the best parts of being the Run Warren Run Community Manager is getting the opportunity to talk to Run Warren Run supporters. Something that I’ve heard from quite a few of you is the sentiment that we need Sen. Elizabeth Warren in the Senate, and it’s a fair point. We do need Sen. […]

Deal with Iran in sight: Progressives applaud negotiators for taking the time they need to get it right 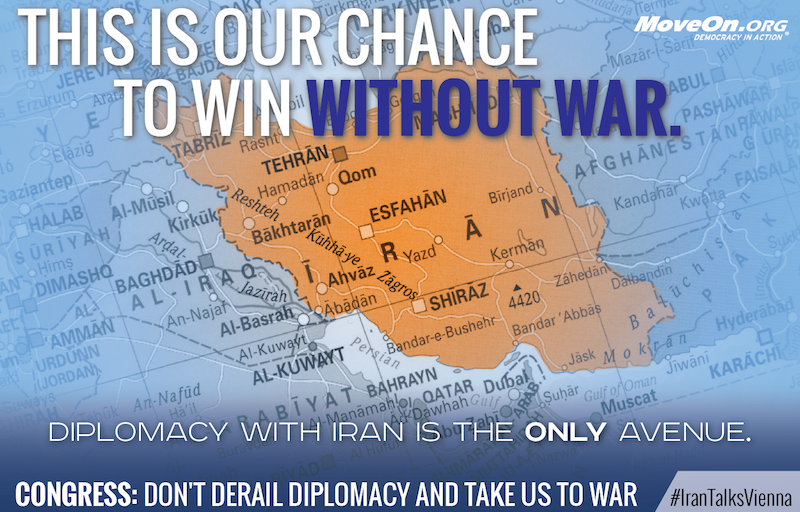 On the eve of their self-imposed cutoff to finalize a comprehensive nuclear agreement with Iran, negotiators representing the P5+1 — the United States, Russia, China, the UK, France, and Germany — and Iran have extended the deadline for completing their final agreement until July 1, 2015. The November 2013 deal which initially froze Iran’s nuclear […]