IOWA DEMOCRATIC LEADERS BACK RUN WARREN RUN. 18 more Democratic Party leaders across Iowa are signing on to a letter calling for Sen. Warren to run for president, in addition to the 16 leaders who have already signed on. Here’s what they say: We need leaders who aren’t afraid to tell the truth, and fight […] 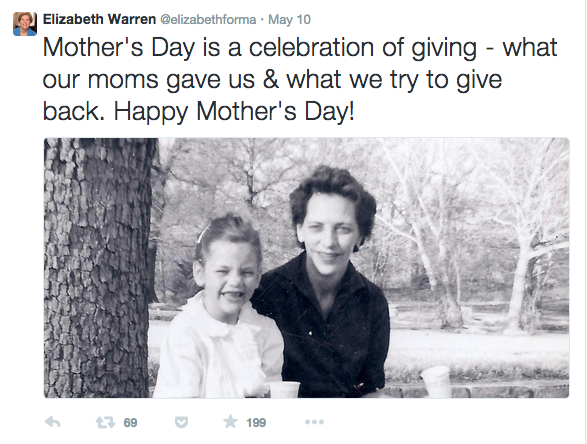 This is one of MoveOn.org’s semi-regular updates on our Run Warren Run effort and Senator Warren’s work to give all Americans a fighting chance. TPP FAST-TRACK BILL EXPECTED TO FACE SENATE VOTE TODAY: Thanks in part to Senator Warren, the Fast-Track negotiating authority for the Trans-Pacific Partnership trade deal has become a national progressive fight. […] 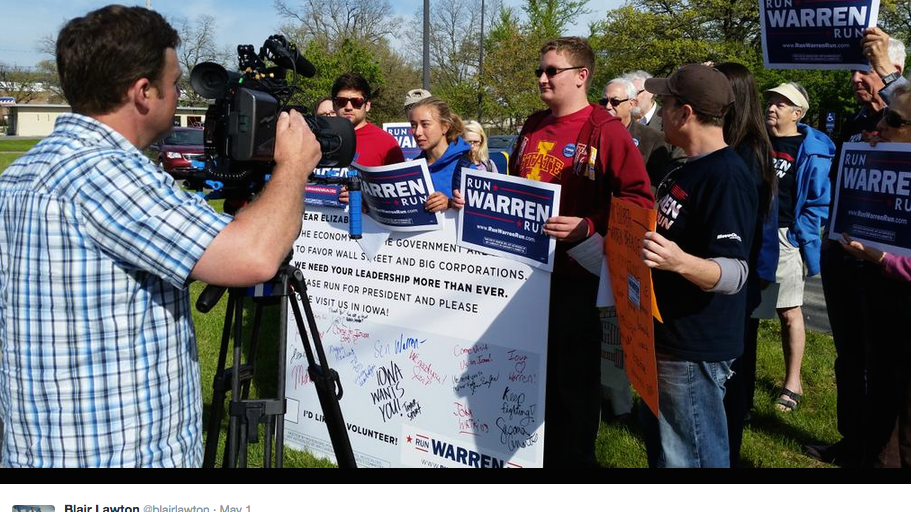 This is one of MoveOn.org’s semi-regular updates on our Run Warren Run effort and Senator Warren’s work to give all Americans a fighting chance. ELIZABETH WARREN, YOU’VE GOT MAIL — 2,016+ POSTCARDS FROM IOWA. Iowa Run Warren Run supporters sent Sen. Warren 2,016 postcards on Friday urging her to run for president at an event […]

Last week, I had the pleasure of being one of the more than 200 attendees of the “Lessig for Warren” event at Civic Hall in NYC. The evening was a powerful one which included progressive champions Zephyr Teachout and Van Jones and which featured Harvard Professor and MayDay PAC co-founder Lawrence Lessig. Lessig joins hundreds of […]

Have you ever wondered why you hear so much about Iowa during presidential election season? The answer is simple: Iowa is the first state to weigh in on the presidential election every four years in the Iowa Caucuses—their version of primaries. It’s imperative that presidential campaigns have a strong presence in Iowa and I’m proud to say that Run […]

One of the most incredible things about Run Warren Run Team Iowa is the work of the amazing Run Warren Run volunteers. Our Team Iowa volunteers are honestly an exact representation of every political organizer’s dream. They are passionate, hard-working, talented, smart, dedicated, kind, funny—insert any positive adjective you can think of and I promise you they represent […]

On Monday night Mayday Pac co-founder and Harvard Professor Lawrence Lessig made the passionate case for Run Warren Run at “An Evening With Lawrence Lessig In NYC.” Check out the full video:  Van Jones also spoke at the event and told the story of the first time he met Elizabeth Warren. Take a look:

One of the best parts of being the Run Warren Run Community Manager is getting the opportunity to talk to Run Warren Run supporters. Something that I’ve heard from quite a few of you is the sentiment that we need Sen. Elizabeth Warren in the Senate, and it’s a fair point. We do need Sen. […] 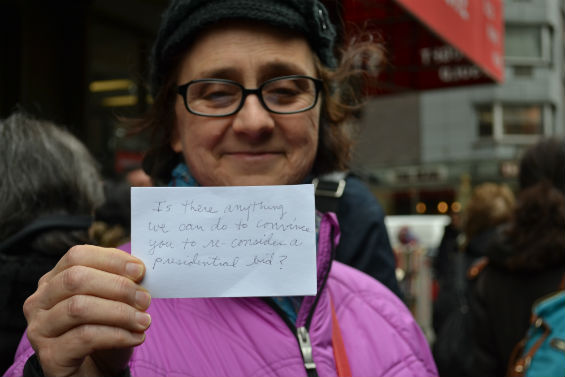 This is one in a series of semi-regular updates on our Run Warren Run effort and Senator Warren’s work to give all Americans a fighting chance. WARREN TAKES ON BIG OIL. Sen. Warren, the “anti-Wall Street crusader,” took on Big Oil in a speech at the Good Jobs, Green Jobs conference in Washington, DC earlier […]