It’s imperative that presidential campaigns have a strong presence in Iowa and I’m proud to say that Run Warren Run certainly does. A colleague of mine put it best: “Team Iowa ROCKS!” Since launching in Iowa, we’ve opened multiple offices, hosted countless house parties and events, and gained supporters from every county in Iowa—including influential Iowan political and business leaders.

I will admit that I find myself spending large amounts of time following the Run Warren Run Iowa team on social media (they use the hashtag #RWRIowa), and always look for an email from someone on the team because they are always up to something great.

I asked Team Iowa a simple question: “Why did you join the Run Warren Run campaign?” Check out their answers below: 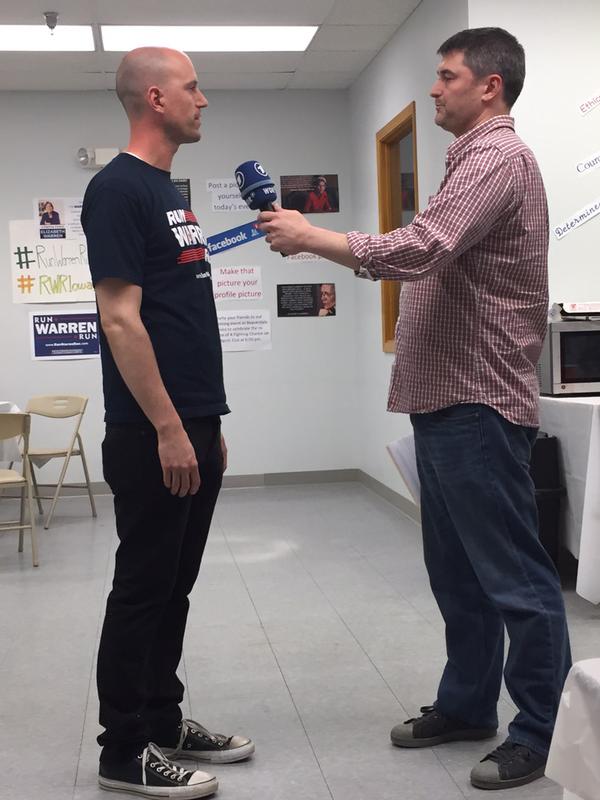 “I joined Run Warren Run in Iowa because Sen Warren is an honest politician that fights everyday for the middle class. I grew up very middle class, my parents are both teachers in Northwest Iowa. It’s great to see a potential candidate who speaks to us!” 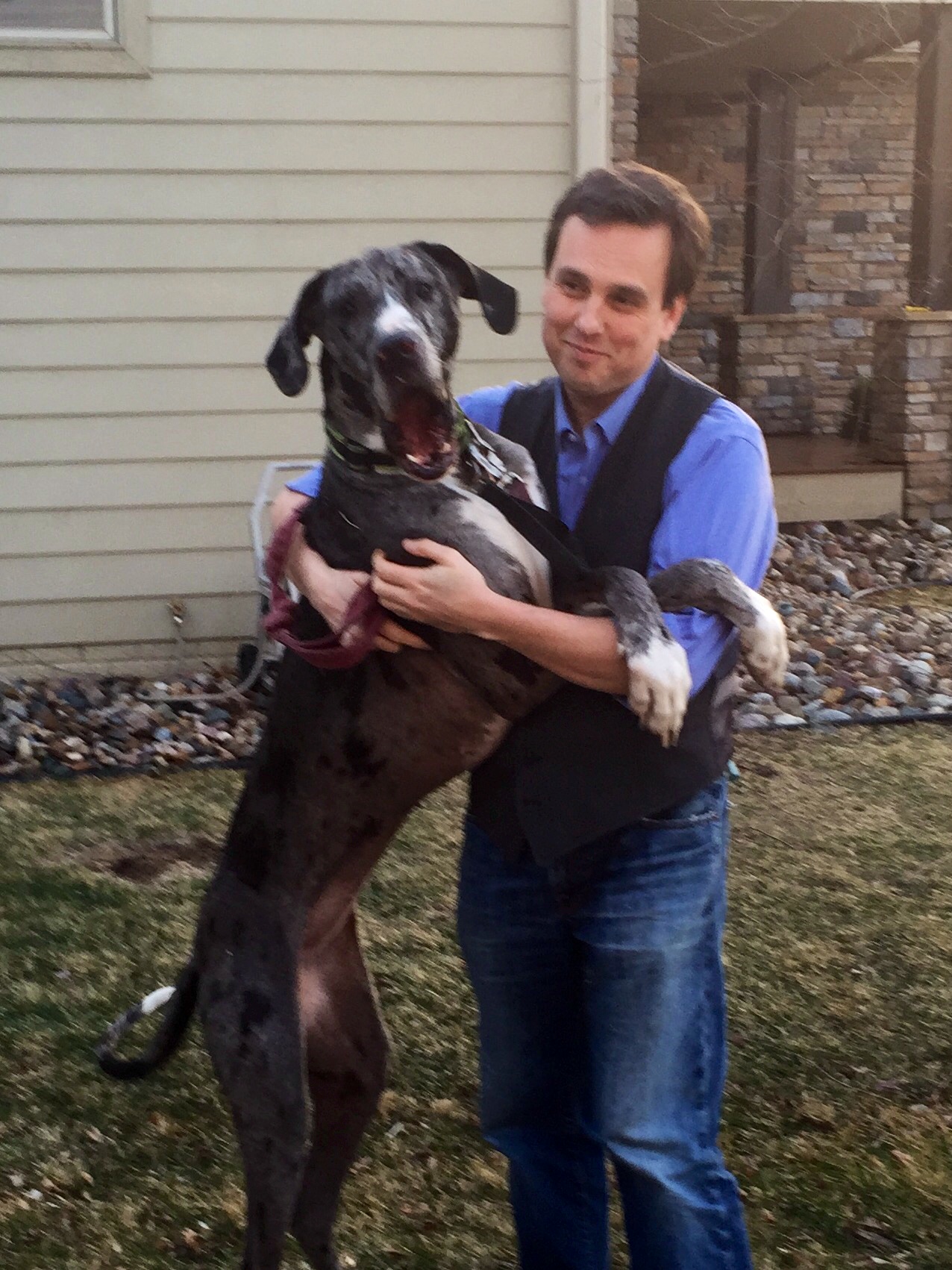 Matt Keating
Regional Field Director, Central Iowa
“I joined #RWRIowa because democracy demands it. Elizabeth Warren is the right person for the right job at the right time. Family farmers, Main Street, USA, students, parents, and everyday Iowans are fighting a rigged system …We’re in Elizabeth Warren’s corner because she’s in our corner.” 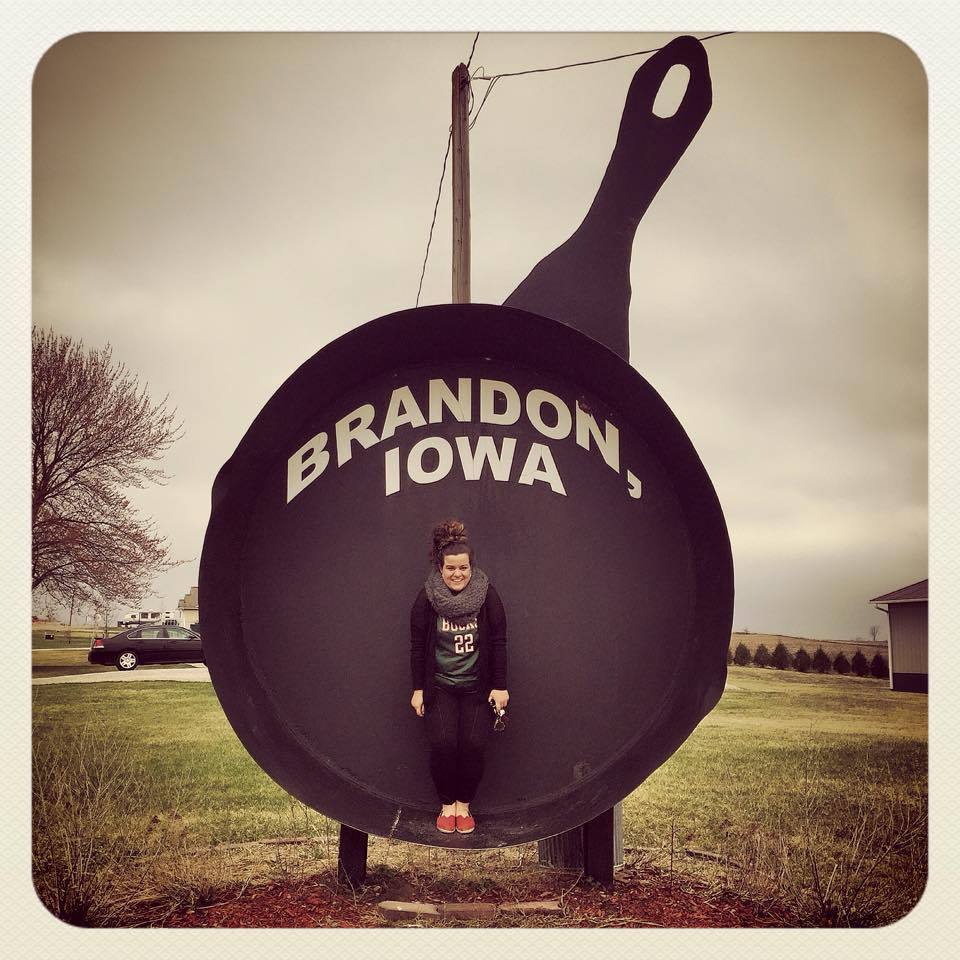 Margaret Jorasz
Regional Field Director, Northeast Iowa
“I joined RWR in Iowa because I believe our country is at a turning point. We can either keep putting band aids on the problem or actually make solutions. Senator Warren’s message reminds me of my dad. He taught me to work hard and to look out for others. I believe that is missing in our democracy, and I’m not one to sit on the side lines and expect things to change … Also, Iowa has the World’s Largest Frying Pan, so obvi.” 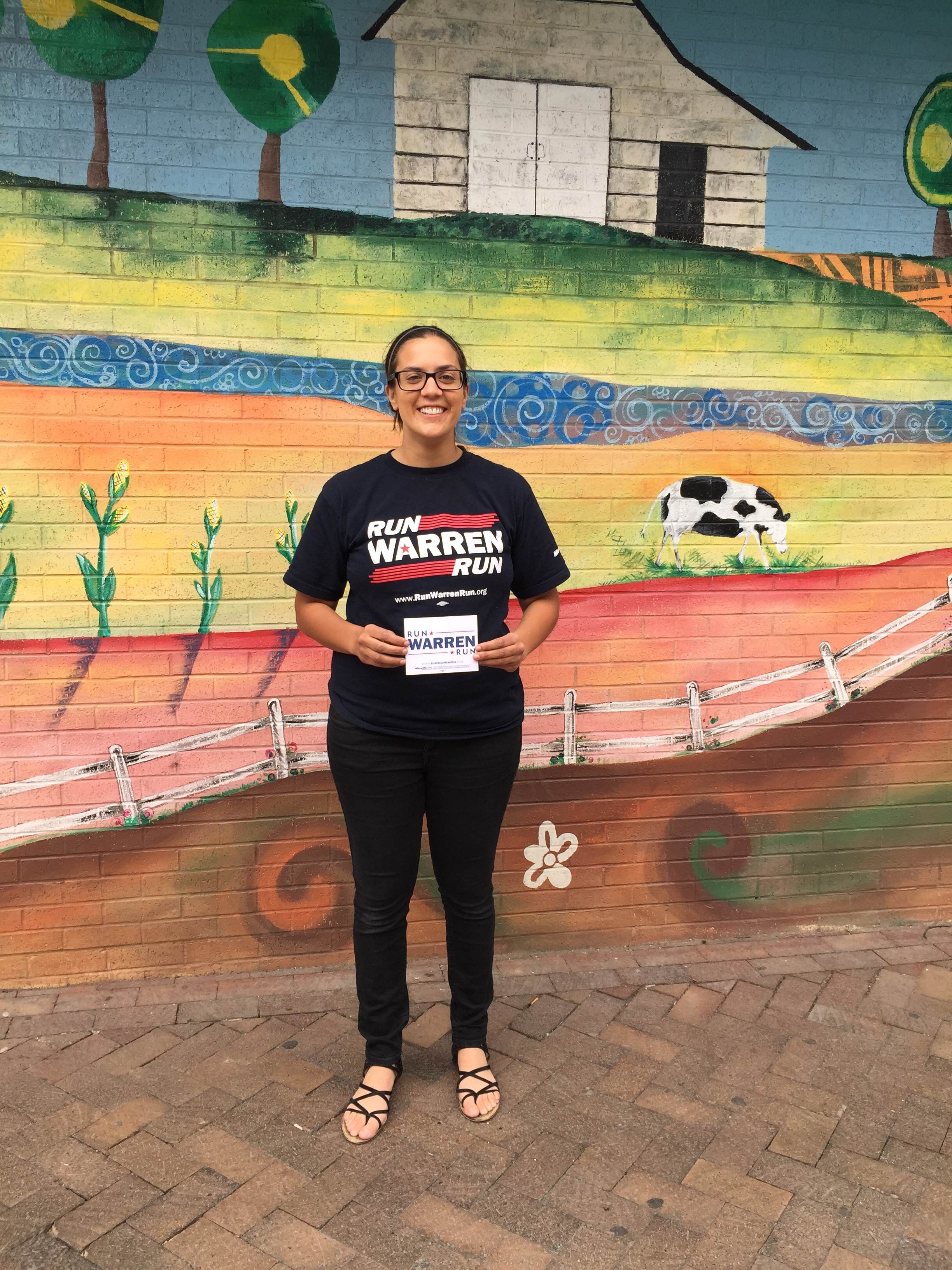 Beth Farvour
Regional Field Director, Southeast Iowa
“As a recent college graduate, the problems students are facing are all too real. I came to Iowa because Senator Elizabeth Warren continues to fight to create a better and clearer society. And she can rock a blue blazer!” 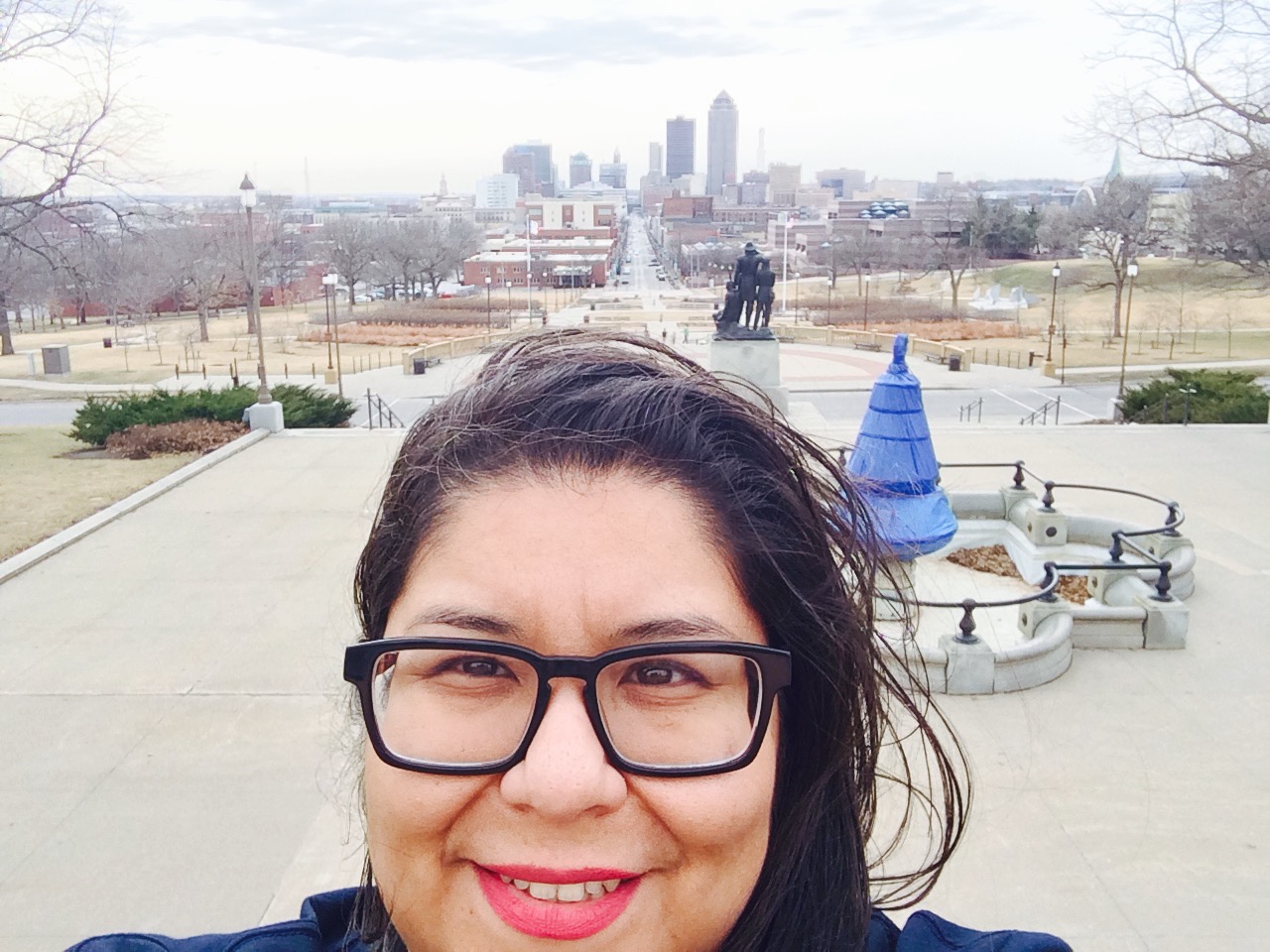 Susana Cervantes
Regional Field Director, Western Iowa
“I joined Run Warren Run because I support the issues Senator Warren is championing. This is the people’s moment to affect the kind of change we need to move our country forward in areas of income inequality, renewable energy, immigration reform, and to restore opportunity for all: the American Dream!” 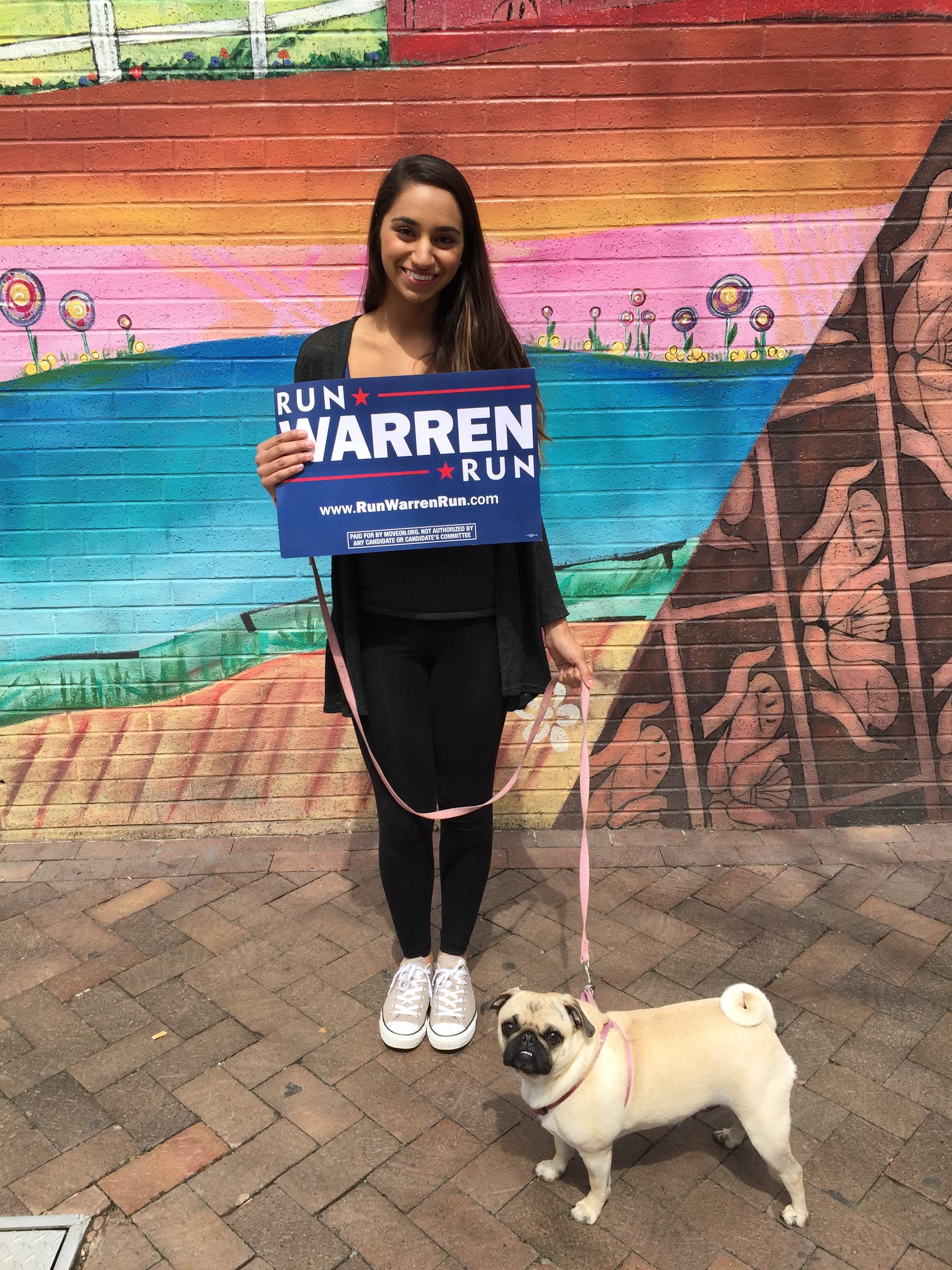 Saba Hafeez
Campus Organizer, University of Iowa
“I support Elizabeth Warren because she isn’t a politician. She stands her ground on important issues that are relevant to everyone & works to create real change.” 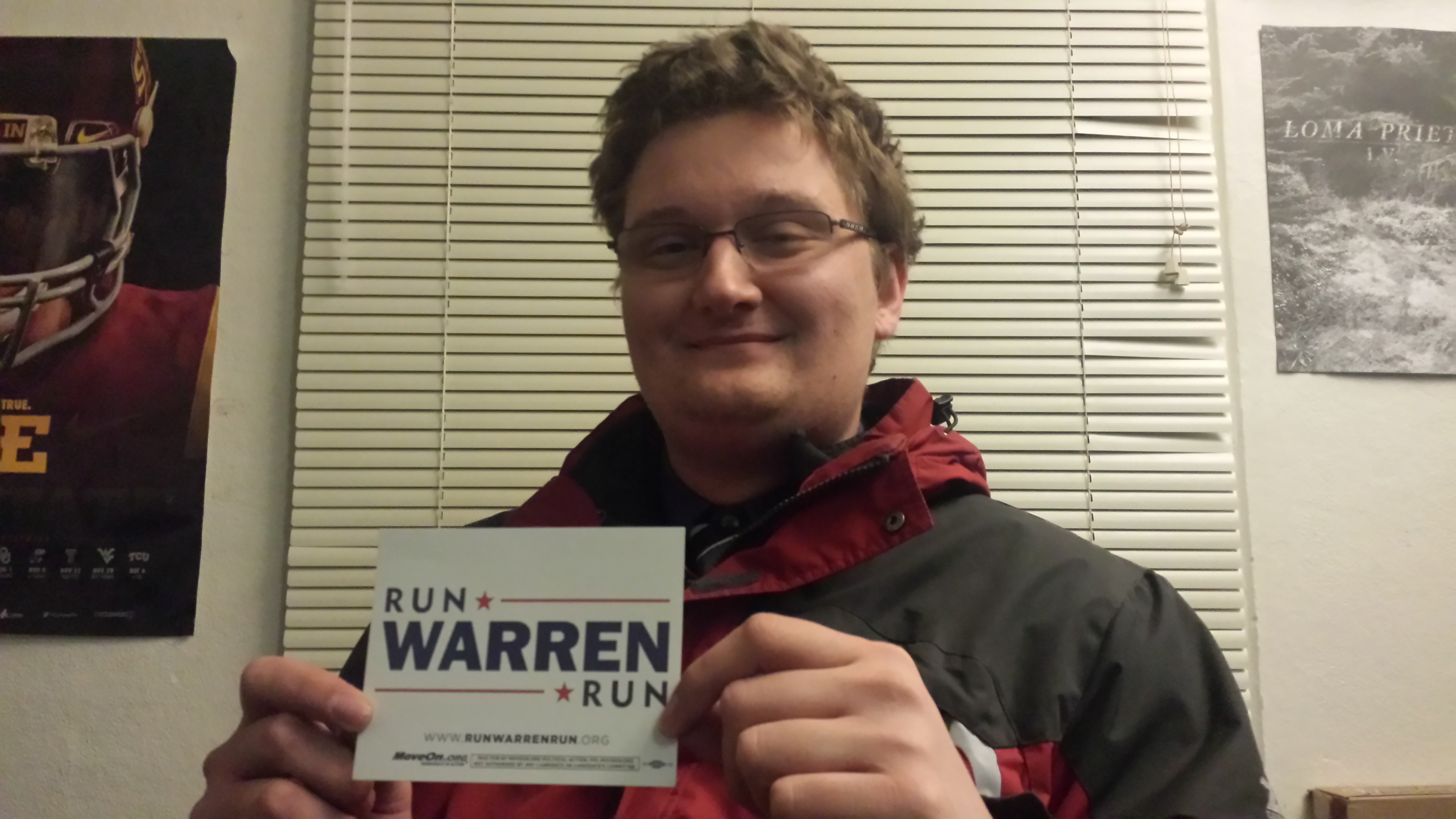 Taylor Stout
Campus Organizer, Drake University
“I support the RunWarrenRun movement because it gives voters an opportunity to rally around an individual, who is equipped for the presidency, but may not have the fiscal resources to fund a high-exposure, media-filled campaign. It’s a movement built on the foundations of people who want to change politics for the better and incentivizes Americans to participate and get involved in the political process.I have faith that Senator Warren will continue to champion on Capitol Hill and fight for economic and social equality, whether it be, immigration, human’s rights, economic reform, or fairer donor laws. Warren has set out to be a public servant and fight for what needs to be done, not for which side of the aisle she sits or for whom she owes a favor. This is why she is a great icon for the Democratic Party and I support her.” 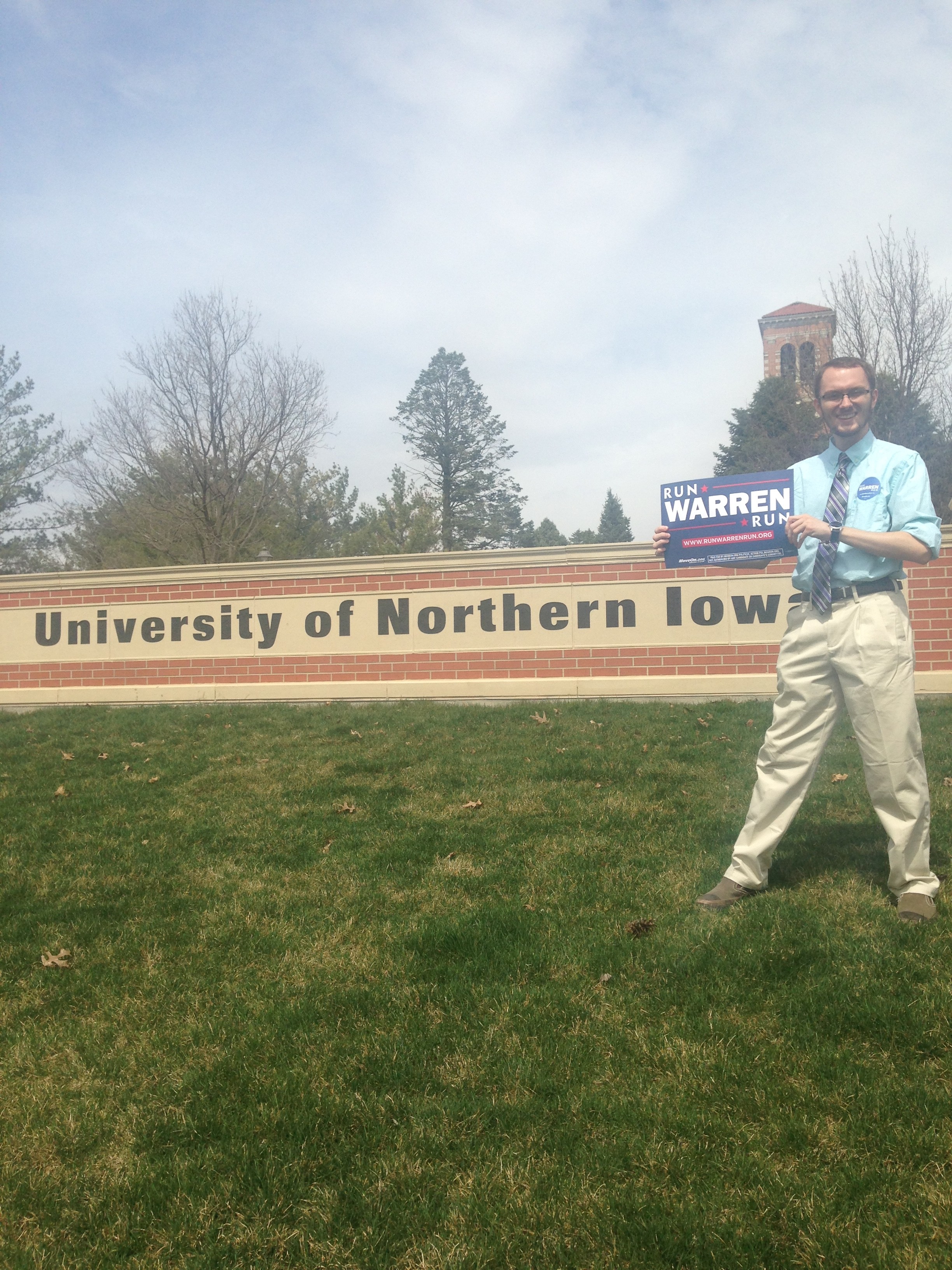 Eric Boisen
Campus Organizer, University of Northern Iowa
“I am ready for a strong progressive candidate that is for students and against big banks that are “too big to fail” and Sen Warren is that person!”