One of the best parts of being the Run Warren Run Community Manager is getting the opportunity to talk to Run Warren Run supporters. Something that I’ve heard from quite a few of you is the sentiment that we need Sen. Elizabeth Warren in the Senate, and it’s a fair point. We do need Sen. Warren—and other progressive champions like her—in the Senate. But, you don’t need to leave the Senate to run for president!

I wanted to write a blog post all about that, but then my colleague and MoveOn.org’s Washington Director, Ben Wikler, wrote a piece that made the case for me. Check out a blurb from Ben’s great Huffington Post piece below: 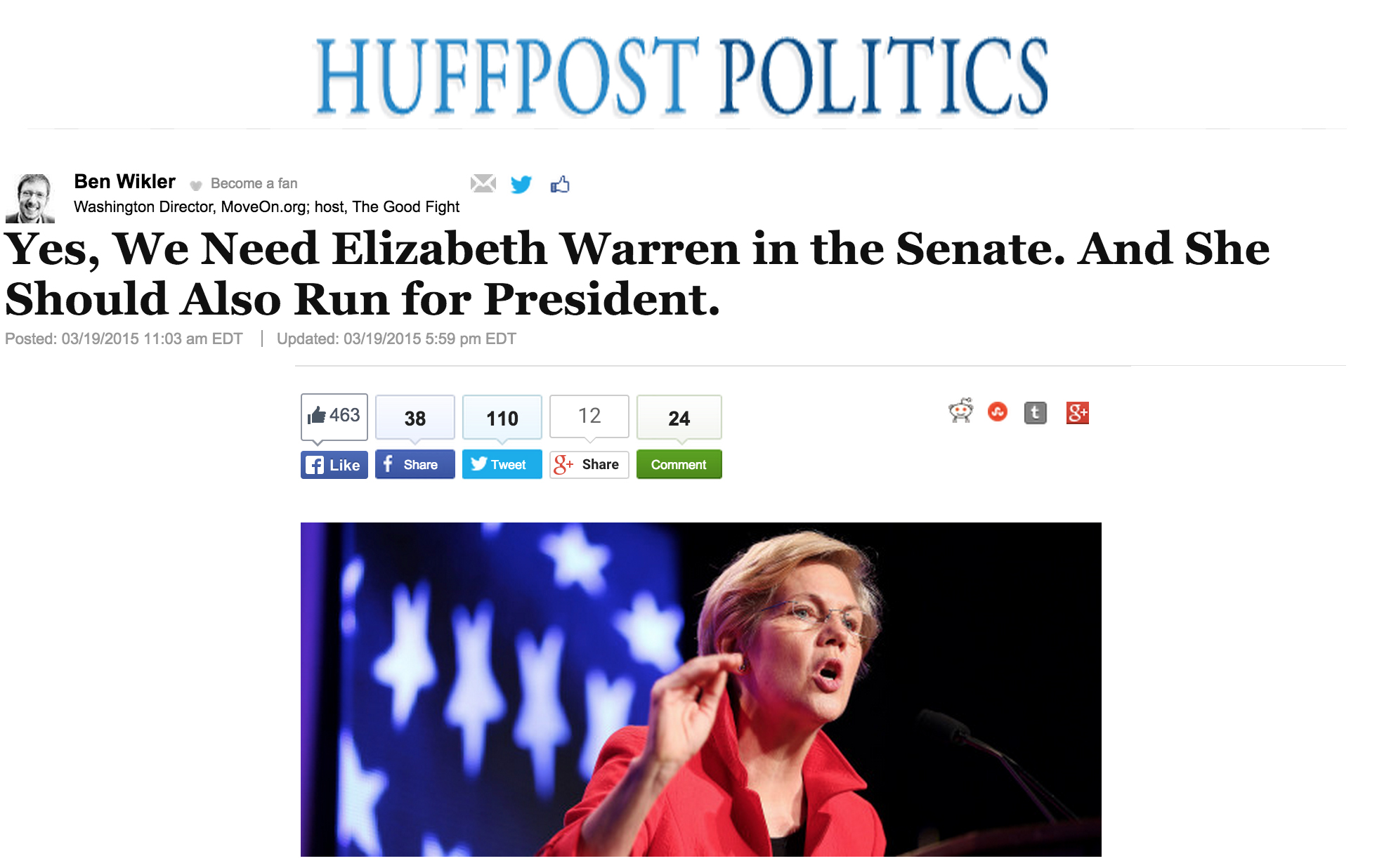 A growing chorus of progressives — including the members of MoveOn.org and our friends at Democracy for America — are urging Elizabeth Warren to run for president. But not everyone who loves Warren is on board. Some raise a counterargument: Warren shouldn’t run for president, they say, because we need her in the Senate.

It’s an understandable sentiment: She’s an electrifying, awesome senator. Elizabeth Warren has done for C-SPAN what Mad Men did for AMC. Her voice, on the Senate floor and in committee hearings and speeches across the country, soars above the turgid Washington morass like Yo-Yo Ma playing a cello suite from a hang glider over a sewage plant.

What’s more, she gets things done. When she sees common ground, she reaches across the aisle to pass legislation; for example, the Smart Savings Act, introduced by Warren and Rob Portman (R-OH), passed through the Senate unanimously last December. And when no common ground can be found, or the price of compromise is simply too high, Warren stands firm, takes her argument to the public — and, on issues from student loans to Wall Street regulation to the TPP, transforms the debate.

So, yes: We do need her in the Senate! Please don’t leave the Senate, Elizabeth Warren!

But here’s the thing: You don’t need to leave the Senate to run for president.