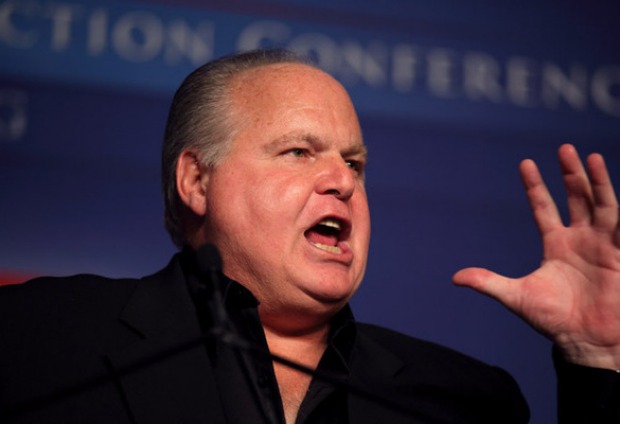 On Sunday, July 28th, POLITICO reported that Cumulus Radio is planning on dropping Rush Limbaugh and Sean Hannity from their radio stations at the end of the year.

Just When You Thought Sexism Was On The Way Out, 2012 Happened

One more reason we need leaders who will fight for gender equality and drown out this noise.

Things like access to affordable health care and family planning were taken for granted until now. No more.

Like the professionals they are, we’re sure they’ll still haul him out of his home on a stretcher if/when necessary.

”Old Dudes Talking About ‘Sluts’ And ‘Honest Rapes’ Have Our Best Interest At Heart.” Said No One Ever

Seriously, you have to see this for yourself.

Why Rush Limbaugh Is The Biggest Case Of The ‘Pot Calling The Kettle Black’ . . . Ever

Now for that awkward moment when Limbaugh inserts his foot into his mouth.

Guess Who Owns A Major Chunk Of The Right-Wing Spin Machine?

Why are we not shocked?

Wishing You Could Get Rush Limbaugh Off Of A Radio Station Near You?

There’s a petition for that. 171 of them, actually!

Keith Olbermann and Lewis Black analyze The War On Women, Rush, and the GOP candidates.

The Big Problem The GOP Just Created For Themselves

Big. Huge. How could they overlook this?