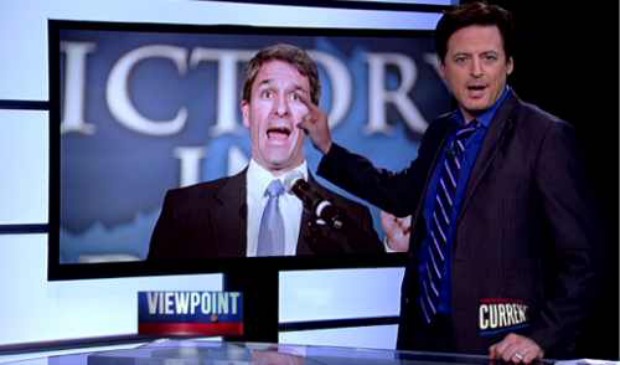 3 Alarming Facts About Sexual Assault In The U.S. Military

It means one thing for seniors, and it’s not good.

Unfortunately, This Old Michael Moore Interview Is More Relevant Than Ever

And so is his movie “Bowling For Columbine,” which Current TV is airing tonight at 8:30 ET.

Enjoy Watching Mitt Get His A** Handed To Him? Watch Jennifer Granholm Do It

On tonight’s VIEWPOINT with Eliot Spitzer, Rep. John Lewis (D-Ga.), a leader in the Civil Rights movement who played a key role in the struggle to end segregation, talked to Eliot Spitzer about the GOP’s efforts to change voting regulations in states across the country, an effort Democrats say is tantamount to voter suppression.

Bravo to Current TV for covering these when the mainstream media ignored or downplayed them.

Aside from the obviously racist “Birther” element, of course, there’s this:

Keith Olbermann and Lewis Black analyze The War On Women, Rush, and the GOP candidates.