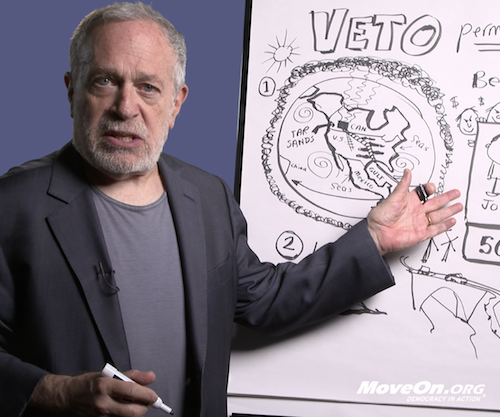 Van Jones Clears Up 3 Myths About The Keystone Pipeline

Obama doesn’t want this as part of his legacy.

The Secret That Mitch McConnell Wants To Keep Hidden Today

As the GOP tries for force the Keystone bill through, consider this:

What If Everyone Saw This Message From Robert Redford?

One Graphic That Big Oil Does Not Want You To See

It has been two years since 1,098 miles of beautiful coastline was desecrated by this man-made catastrophe.

A GOP Menu That Is Sure To Give You Heartburn

Is your name in there?