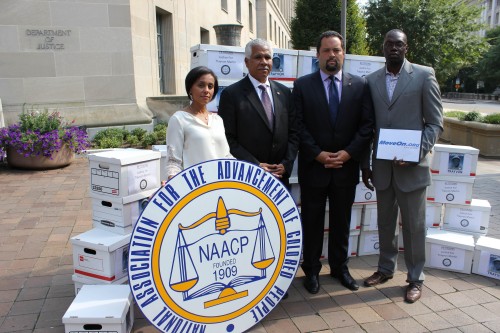 From demanding justice for Trayvon Martin to saving a small, beloved book store, Americans just like you are learning how to get a lot of people to sign on to their causes. Here’s how they did it (and you can, too):

Let this be a lesson to young adults everywhere.

FINALLY: 40 Miles Of Marching And An Uproar Everywhere For Trayvon Martin Leads To Charges Against His Killer

Confronted with this and other efforts of good people all over the nation, the Sanford Police Department could no longer do nothing.

BREAKING: Rep. Bobby Rush Silenced And Kicked Off House Floor When He Raises Hoodie For Trayvon

The One Graphic About Fox News That Speaks For Itself

If you’re going to call yourselves “news,” you need to report something.

Do These Harvard Law Students Look Suspicious To You?

Standing with Trayvon Martin. Click on photo to enlarge.