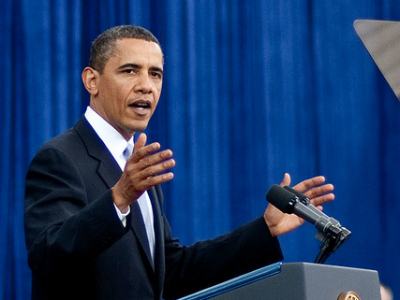 Inauguration 2013: President Obama Sworn In For A Second Term

In the words of Pat Kelsey, we need to step up.

SO CUTE: Kids React To The Election, And They’re Totally Honest About Everything

Do you think most of them would have voted for President Obama?

BOOM: 9-Year-Old Girl Proves To Everyone That You Don’t Need To Be A Boy To Be Awesome

This video is so much fun to watch, and we promise it really rocks after the first 20 seconds! Who’s cheering for her in the big leagues already?

As of mid-day on November 7, 3.5 million Facebook likes and counting. 700,000 Retweets. The image was originally sent out via the Barack Obama Facebook page and Twitter feed.

Are you fired up?