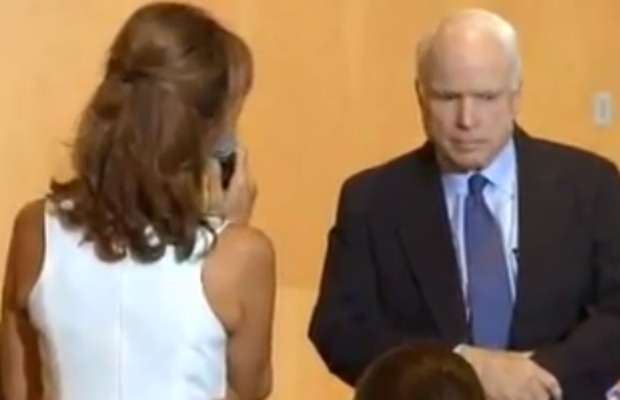 This is a solution we haven’t heard much about. Also, it just me or does McCain give her the verbal equivalent of a pat on the head when she’s done?

And he shows something really telling about John McCain from last year to this year that you must not miss. WATCH:

The Strongest Defense Of Susan Rice We’ve Seen Yet

And this Rep. from Ohio even takes on all the “haters” out there.

Truly a thing of beauty. WATCH:

Call them “fees” or “bananas,” the folks in Massachusetts still had to pay extra.

Seriously, what is this man hiding?

What John McCain Knew About Mitt Romney in 2008

Funny how times change, and with them, so does a certain candidate . . .

Look what a little birdie found.