Ilya Sheyman, executive director of MoveOn.org Political Action, had the following response to the results of the Democratic caucuses in Iowa: “It is incredible that Bernie Sanders came from so far behind in just a few short months, closing a massive gap to end up in a virtual tie in the Iowa Caucus tonight. These […] 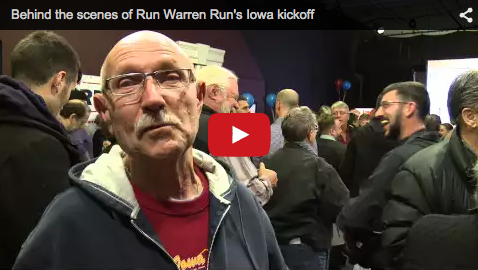 This is what the #RunWarrenRun Iowa kick off looked like.