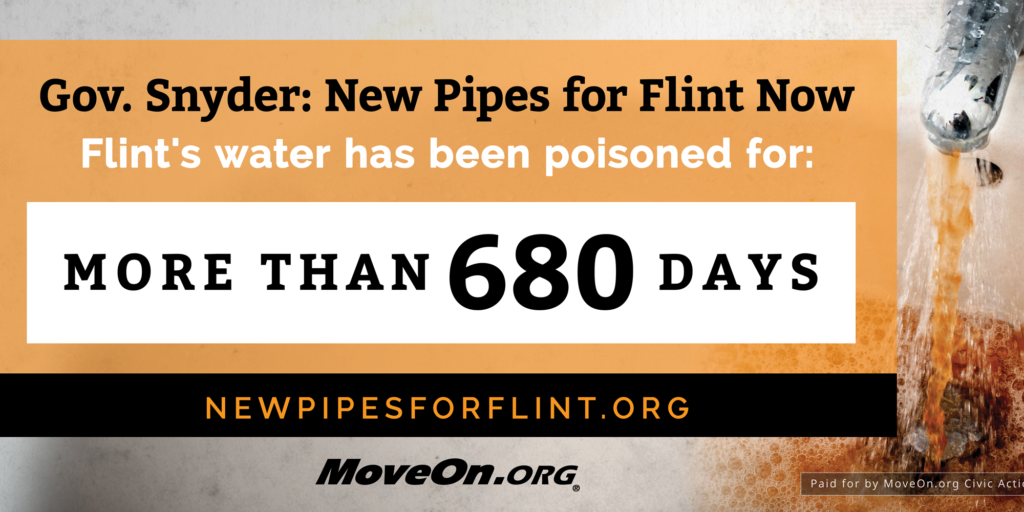 This weekend, ahead of the Democratic Debate in Flint, MoveOn.org Civic Action is launching a new microsite and mobile billboard campaign designed to keep attention on Governor Snyder’s continued failure to address the Flint’s water crisis and to pressure him to take action.  MoveOn is sharing this digital counter through allies and popular websites, nationally […]