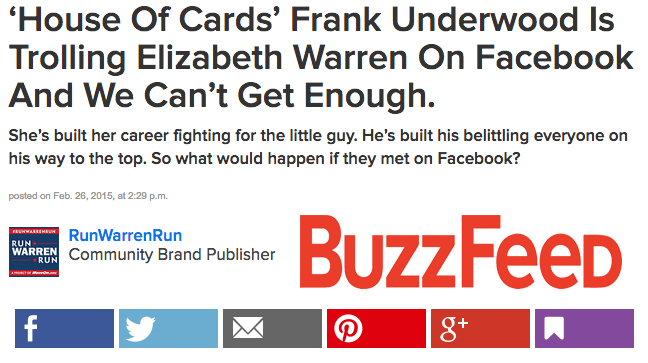 Could you imagine how epic a conversation between Elizabeth Warren and fictional President Frank Underwood would be? Well, we imagined it for you! This was a fictional, satirical conversation, pairing real quotes from Elizabeth Warren and Netflix’s House of Cards characters. Neither Warren nor Netflix were involved in this project—but it’s still hilarious! Check Out […]