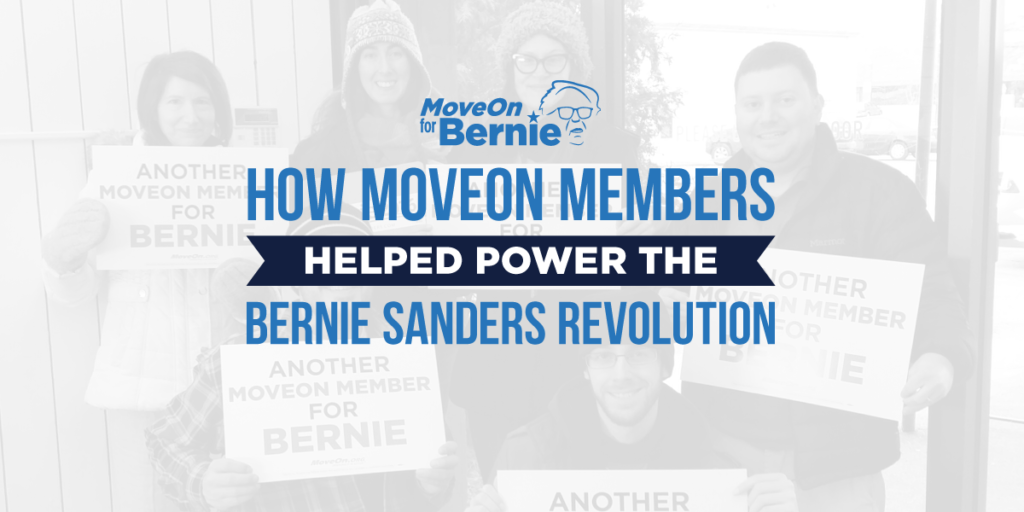 The Bernie Sanders campaign has been truly extraordinary. It has upended the conventional wisdom about what’s possible politically in America and has inspired millions of people to get involved in their communities. Please take a minute today and check out the below infographic celebrating the incredible work MoveOn members have done these last 6 months. […]