Here you go. Any takers?

Ad: ‘This Is Republican Class Warfare’

Let’s face it: The Republicans have declared war on working families. As Kathleen Slamka, an electrician from Oak Creek, WI, says, “This is a battle we need to win.”

OMG Budget Crisis! Because of the Tax Cuts for the Rich!

Why does it seem like there’s always enough money to give more and more tax breaks to the richest people in America, but never enough money to support those who need it most: the unemployed, those struggling to put food on their tables, our children’s teachers. Could it be that the two are… gasp!… related?

Yes, Wisconsin theater-nerd protesters: We do hear the people sing. And it sounds a thousand times better than another “Hey hey, ho ho” chant.

If you’ve been wondering why the protests in Wisconsin and Ohio are such a big deal, this video breaks it all down. 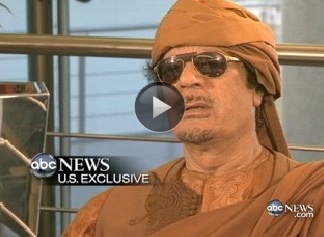 The Science of Solidarity

What do monkeys and babies intuitively know that we don’t? That empathy can save the world.