Jan. 2012 Update: The results are in! It was a close race between the top two, but ultimately this video was the crowd favorite. Thank you all for voting!

Check out our top 5 most shared progressive graphics and videos of 2011, and vote on your favorite by clicking the “like” button beneath each piece! Don’t forget to share this post with family and friends so they can vote as well. We’ll report back on the results on January 3rd, 2012.

Two Lesbians Raised A Baby And This Is What They Got

With over three million Facebook likes and shares, this is one of the most popular videos we’ve shared. 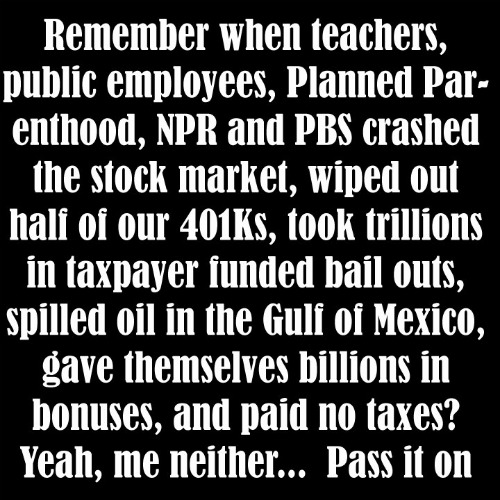 The Elizabeth Warren Quote Every American Needs To See

If you don’t know who Elizabeth Warren is yet, look her up! This graphic spread like wildfire in September.

Pay Your Taxes? These 10 Companies Didn’t.

Thanks to corporate tax cuts and loopholes, these big companies will be rollin’ in the green instead of paying Uncle Sam. This was one of our most shared pieces from April.

The Most Aggressive Defense Of Teachers You’ll Hear This Year

The guy who asked teacher Taylor Mali, “What do you make?” at a dinner party certainly never thought he’d get this answer. Watch: