MoveOn on Historic Iran Milestone: Time for House and Senate to Support the President; Anything Else Risks War

“Today’s historic announcement of a strong framework between Iran and six world powers to prevent Iran from acquiring a nuclear weapon is a breakthrough achievement and testament to years of tough, courageous, and principled negotiations.

“This is perhaps the most significant foreign policy accomplishment of the Obama presidency, and offers the promise of a peaceful path with Iran, rather than a rush into an unnecessary war. We applaud President Obama, Secretary Kerry, and Secretary Moniz for this diplomatic achievement. For years, MoveOn members across the country have stood beside President Obama, fought for diplomacy, and urged their representatives in Congress not to undermine these negotiations.

“Yet Republican war hawks—and too many Democrats who are siding with them—are continuing their crusade against the president and trying to sabotage this deal.

“Let me put this simply: The alternative to diplomacy with Iran is war. Any member of Congress who sabotages diplomacy is putting American lives at risk. MoveOn members across the country are mobilizing immediately in support of this framework, and we will hold any elected officials who sabotage diplomacy accountable for the rest of their political careers.”

Over the past two years, MoveOn members have made more than 19,000 phone calls to Senate offices and collected more than 200,000 petition signatures urging members of Congress to support diplomacy. MoveOn has also run TV ads, organized office visits, and organized grassroots events in order to avoid an unnecessary war with Iran.

Earlier this week, MoveOn members broadcast a clear message at our nation’s Capitol: most Americans support letting diplomacy work. See an image of the projection below, and more on MoveOn’s Twitter feed. 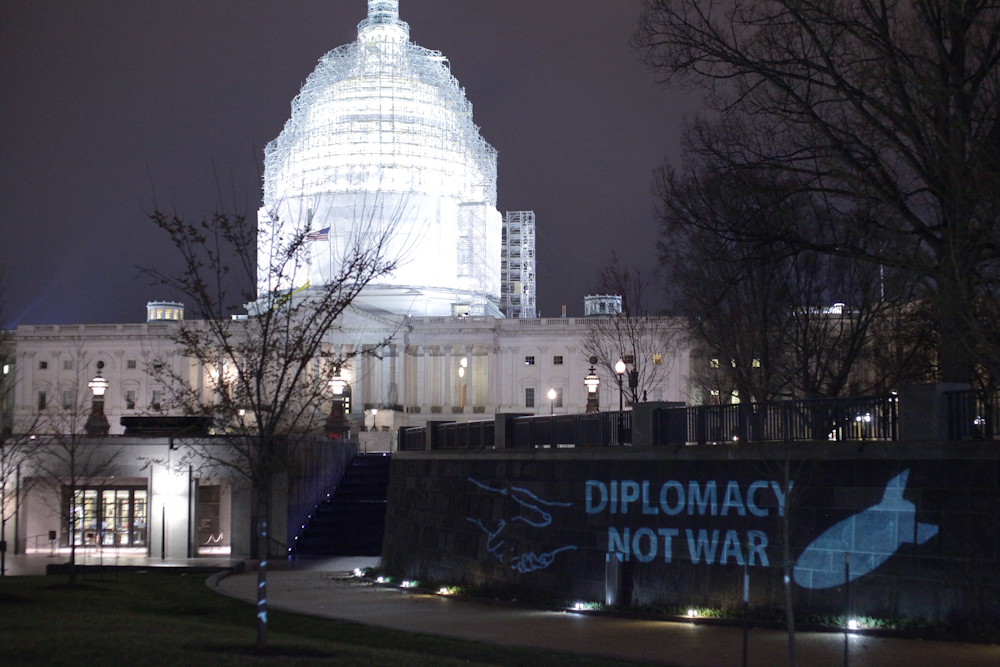