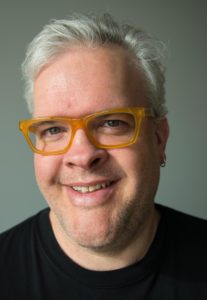 David Patridge, a MoveOn member from Hoboken, NJ, had done everything right. He went to school, found a career he loved, and worked hard. But now, he’s facing some bleak firsts.

Patridge is an audio engineer and sound designer for musical theater, working mostly on Broadway and internationally—or, at least he was before the COVID-19 pandemic hit. In the span of just a few weeks, he went from working on a production of “Pretty Woman” in the United Kingdom, to being stuck at home because all theaters were closed, to then being diagnosed with COVID-19 himself.

To get by, Patridge had been relying on the $600 a week check provided by the Federal Pandemic Unemployment Compensation (FPUC), which originally expired on July 31, 2020. While the federal government has now granted a 13-week extension for half the amount, folks like Patridge know it won’t be enough. So, he voiced his concern by creating a MoveOn petition demanding the FPUC be extended to at least 2021 for entertainment workers. His petition has garnered more than 89,000 signatures.

Patridge was tired of “the ludicrous premise from politicians that people were using this money to stay out of the workforce,” he said. “It’s not true, definitely not in my case, and definitely not true in the case of so many others.”

Partridge, who has now recovered from COVID-19, remains at home and worried, not unlike thousands of others employed on Broadway and millions of others employed by the entertainment industry. All of their livelihoods depend on the large gatherings of people that are now non-existent. Like so many, Patridge doesn’t want to go back to work until it’s safe for him, his coworkers, and audience members—but he has no idea when that will be.

Broadway plans to remain shut down until 2021. And even then, economists expect it will take much longer for international tourism levels—a main source of ticket sales on Broadway—to return to normal. After Sept. 11, 2001, when Broadway was shut down for just two days, “it took about four years for international tourism to get back up to pre-9/11 levels,” Gregg Arst, president of theatrical ticketing analytics and consulting firm Tanna, told Market Watch.

“It’s pretty dire having to live with those realities,” Patridge said. “You have to ask yourself, can we afford to stay where we are? Do we have to move?”

Patridge, who is 56, has only ever worked in the theater industry. And while he’s good at what he does, it’s the only trade he knows. He said he’s worried that he may have to go back to school and retrain for a new role.

“I haven’t even waited tables,” he said. “And I can’t survive on minimum wage at this point in my life.”

MoveOn members are committed to ensuring that stories like Patridge’s are no longer the norm. We must elect officials who won’t stall and who won’t put the lives and livelihoods of millions in danger. Make sure you are registered to vote. Make sure you know how to vote by mail. And make sure you mobilize others to vote as well. Together, we’ll create a better tomorrow.