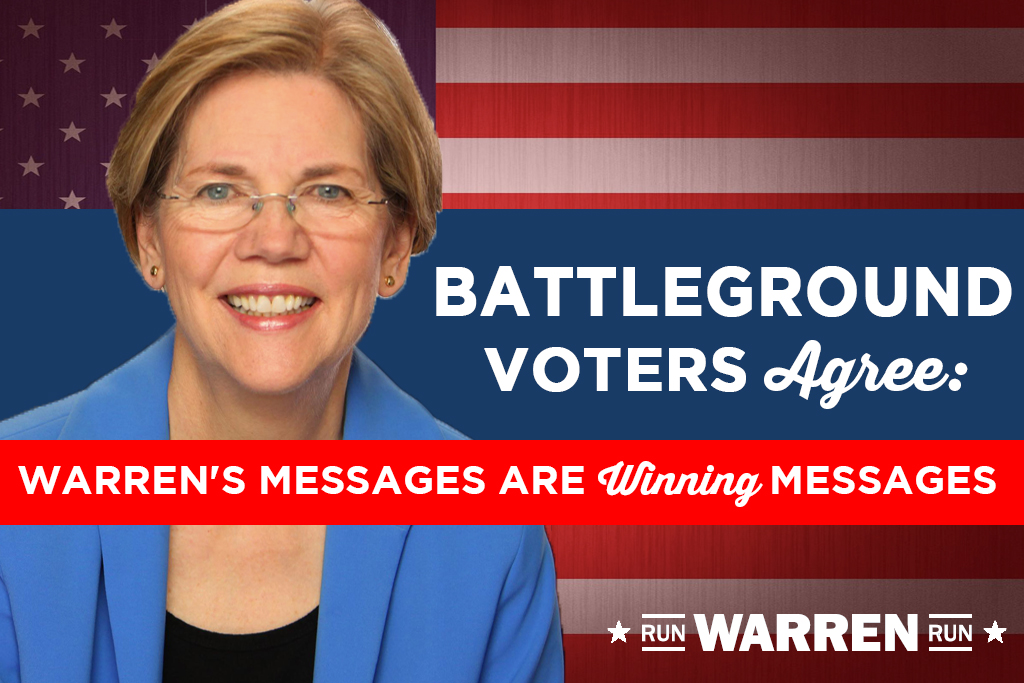 A new poll of voters in general election battleground states show that Senator Elizabeth Warren’s biography and message of economic populism are appealing to voters from across the political spectrum in the key states likely to swing the 2016 presidential election. These states include, Colorado, Florida, Iowa, Neveda, North Carolina, Ohio, Pennsylvania, and Virginia.

The poll was commissioned and paid for by MoveOn.org Political Action on behalf of the Run Warren Run campaign. The poll described Sen. Warren’s positions and included quotes from Sen. Warren explaining her views, but attributed them to “a hypothetical candidate for president.”

“When voters in battleground states from Colorado to Florida to Ohio turn out to support a candidate in 2016 they’ll be looking for a leader who fights for working and middle class families the way Elizabeth Warren does,” said Ilya Sheyman, executive director of MoveOn.org Political Action. “We’ve seen time and again that Senator Warren’s message and her record of standing up to corporate interests and fighting for the rest of us has immense support from all pockets of America. It’s clear that this is Elizabeth Warren’s moment, and we’re making our case to Sen. Warren that the country will be better off if she runs, and that she has the support needed to enter the race and run a powerful campaign.”