What We’ve Achieved Together So Far This Year

The year so far has, of course, been shaped by Trump and the GOP’s ongoing and deeply destructive cyclone of chaos. But it has also been deeply defined by the inspiring, tenacious efforts of millions of MoveOn members like you.

I’m so proud to share with you some of the recent work that this community has been engaged in to defend the rule of law in this democracy (including protecting the Mueller investigation), to bolster youth and students’ jaw-dropping courage and effectiveness in challenging the NRA, to help progressive Democrats win special elections and prepare for victories in November, and much more.

Here’s some of what we’ve achieved together in the past few months:

We defended democracy and the independent investigation into Trump.

We’re playing a central role in defending the rule of law and opposing a slide into authoritarianism in the United States. MoveOn members and close partners, including Public Citizen, Indivisible, Tax March, People for the American Way, and Stand Up America, have come together to pre-organize more than 900 emergency ”Nobody Is Above the Law” rallies—peaceful, legal, local events all over the country that will take place only if Trump fires special counsel Robert Mueller or Deputy Attorney General Rod Rosenstein or takes some other action to hobble the independent investigation. A staggering number of people—more than 360,000—have already signed up to attend one of these events. 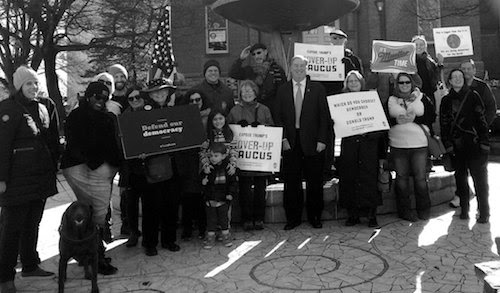 Of course, we’re not waiting for the triggering event of a Mueller or Rosenstein firing. We have made tens of thousands of phone calls, held events in Republican congressional districts, convened tens of thousands of MoveOn members on a national action call, and worked closely with Democratic champions in the House to defend the integrity of congressional investigations. And just two weeks ago, by a bipartisan vote, a Senate committee voted in favor of legislation to defend the independent investigation! Now we’re continuing to push for a full Senate vote. Along the way, our CoverUpCaucus website helps expose how often Republicans in Congress have taken action to hide the truth, siding with the Trump administration over their constituents and the well-being of our nation. We’ll continue advancing this essential work as long as Donald Trump and his brand of politics remain a threat to our very democracy.

We marched for our lives against gun violence and the NRA—and will keep marching toward the ballot box.

For years, we have stood up against the NRA and demanded solutions to put an end to the senseless epidemic of gun violence across the country. After the devastating tragedy earlier this year in Parkland, FL, where 17 people lost their lives, MoveOn members have followed the lead of the brave students and many other young people around the country, including those from communities of color who’ve been vocal about gun violence for decades. 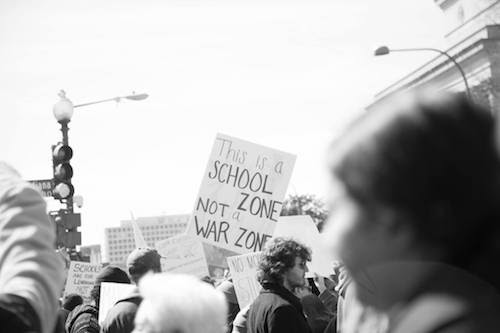 Our MoveOn community showed up in huge numbers to rallies around the nation, including the March for Our Lives on the National Mall, and outside the NRA national convention in Dallas. We used SMS messages and online recruitment to spread the word about dozens of local rallies.

Alyssa Milano’s petition asking Mike Pence to cancel his NRA speaking appearance was signed by 50,000 of us and made national headlines after receiving support from families affected by gun violence. 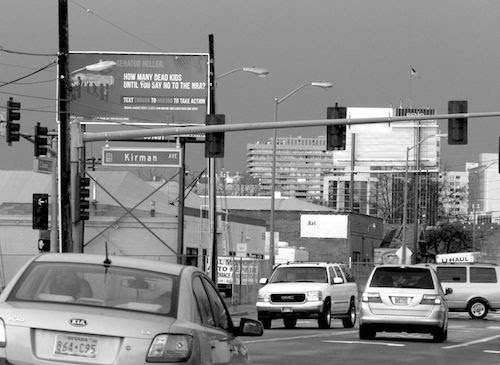 A MoveOn billboard in Las Vegas

MoveOn’s free petition platform has amplified the students’ calls to action. Hundreds of thousands of people signed MoveOn petitions calling on companies such as FedEx to end their relationships with the NRA, and more than 20 corporations have already done so.

We stood with Dreamers and continue to stand against Trump’s anti-immigrant agenda. 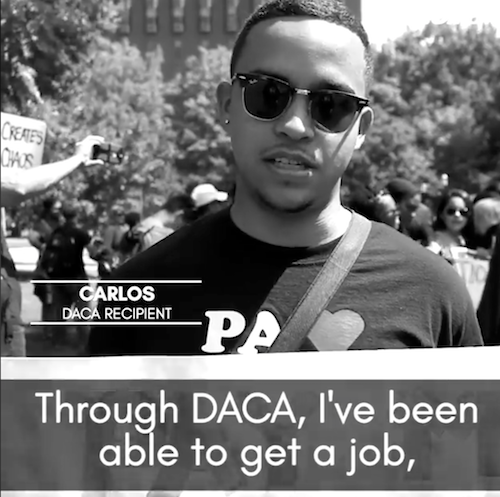 MoveOn members and the overwhelming majority of the nation continue to stand with Dreamers and support a clean Dream Act that would protect immigrant youth. In the fall and into the new year, we made over 10,000 calls to Congress, organized dozens of in-district events, and made original pro-Dream Act videos that drew over 10 million views. As Trump and the GOP refuse to provide protections to Dreamers, we’ll continue to take this fight forward, with staunch allies such as United We Dream, toward Election Day and beyond.

As Trump assembles a war Cabinet, violates the Iran diplomatic deal, and leads us on a path toward war, MoveOn members are standing for diplomacy and peace. Just this past week, we voiced our support of the successful and effective Iran deal, strongly condemned Trump’s dangerous decision to violate the deal, and expressed solidarity with people in Iran and around the world who desire peace.

And in recent weeks, MoveOn members played an essential role in the fight against Mike Pompeo’s nomination to be secretary of state. Our efforts helped change the narrative around his confirmation vote from a sure thing to a nomination that nearly failed in committee. MoveOn members poured in over 16,000 calls to Congress, hosted a rally in California with a mobile billboard asking Senator Dianne Feinstein to fight Pompeo’s nomination, held a rally in Washington, D.C., with Senator Brian Schatz (the first senator to announce that he was changing his position on Pompeo), and ultimately helped show fierce opposition to a hateful warmongering nominee who was unfit to represent us to the world. In the end, every Democrat on the Senate Foreign Relations Committee came out against Pompeo. This was a real fight.

Earlier in April, MoveOn members led a protest of the U.S. support for the Saudi war against Yemen, which has led to one of the worst humanitarian crises in the world—laying 5,000 flowers before the Capitol on the day of a crucial vote. And in March, MoveOn joined with allies in the first-ever ”Coalition of the Unwilling” global peace call, engaging tens of thousands of live participants from 45 countries to prevent a reckless rush by Trump into avoidable and costly war, with 19 international organizations participating. This effort was part of MoveOn’s yearlong effort to ensure that we’re ready to block or blunt a rush to a Trump-created war and/or any possible incursion on Americans’ civil liberties.

In addition, MoveOn members continue to power a Crisis Response Network—a trained and connected national team of volunteer members ready to spring into action with rapid-response events should Trump seek to launch a new, senseless war.

We brought the “blue wave” closer to shore.

Earlier this year, we launched the “Resist & Win” campaign, our plan to win back the House and advance progressive candidates at every level of government.

Additionally, we’re on our way to identifying, endorsing, and supporting more than 100 progressive champions who are running for state and local offices, with a particular emphasis on supporting women, people of color, and candidates who reflect the communities they seek to represent. (Our local endorsement process is summarized here.)

You can see our currently endorsed candidates in one place here.

These efforts have already paid off in Pennsylvania’s 18th District, where MoveOn members helped power a successful campaign that beat the odds. The more than 9,000 MoveOn members in the district went all out for Conor Lamb, and MoveOn deployed an innovative video persuasion program featuring MoveOn members making the case to fellow constituents about why they were voting for Lamb. After successfully running this program in Virginia, Alabama, and now Pennsylvania, we’ll expand it in key races across the country leading up to November’s elections.

In Illinois and Texas, we demonstrated that progressive Democrats can win tough primaries. Efforts among the more than 225,000 Illinois MoveOn members helped put four progressives on the Democratic ticket: Jesús “Chuy” García, Fritz Kaegi, Ram Villivalam, and Brandon Johnson all won primaries in the state by running inclusive, populist, progressive campaigns. And MoveOn-endorsed progressive candidate Veronica Escobar is poised to be the first Latina elected to Congress from Texas. 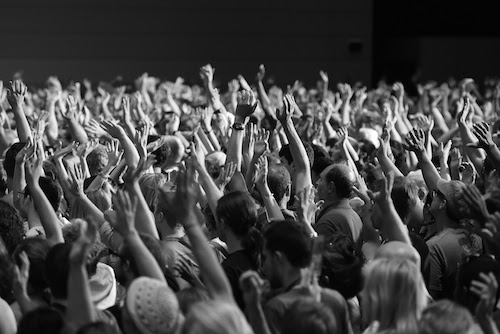 The acute crises we continue to face—to our democracy, to the safety of our communities, and to our nation’s highest and best values—are real. But the grassroots groundswell that defined 2017 is being sustained in key fights in 2018, and it will be channeled into a march to the ballot box in November, where we will experience victory for our communities, our movement, and our country.

Thank you so much for being a part of this vital community.

With deep gratitude for all you do,