Thinking About An Abortion? In Iowa, That’s Grounds For Imprisonment 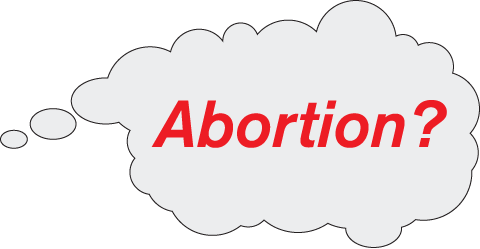 Last February, Christine Taylor of Iowa, a pregnant, unemployed, recently separated mother of two children, had a difficult conversation with her estranged husband. She became lightheaded and fell down a flight of stairs. Paramedics quickly arrived, declared her healthy, and left. Since she was pregnant, however, Ms. Taylor thought she should visit the local ER to make sure her fetus was unharmed by the fall.

But the story didn’t play out in a reasonable way, according to Roxann MtJoy of Change.org:

That’s when things got really bad and really crazy. Alone, distraught, and frightened, Taylor confided in the nurse treating her that she hadn’t always been sure she’d wanted this baby, now that she was single and unemployed. She’d considered both adoption and abortion before ultimately deciding to keep the child. The nurse then summoned a doctor, who questioned her further about her thoughts on ending the pregnancy. Next thing Taylor knew, she was being arrested for attempted feticide. Apparently the nurse and doctor thought that Taylor threw herself down the stairs on purpose.

Taylor was arrested for attempted feticide. After spending two days in jail, she was released.

An Iowa district attorney spent three weeks investigating the case, and declined to prosecute Taylor only because she was late in her second trimester at the time of the fall. The hospital staff thought she was early in her third trimester.

But the worst part yet about this story is the fact that the hospital staff broke a breach of confidentiality on behalf of a patient who was only asking for support and help. Instead of landing her in a safe, caring environment, they sent her to the cold cement floor and iron bars of a jail for two days—something that is far more harmful to the fetus than anything else they could have done.

So, take note: In Iowa, thinking about an abortion, and confiding about it to hospital staff, may unexpectedly land you in jail.