The Most Important Fight in the Struggle for Food Justice

I’m Michael Pollan, author of The Omnivore’s Dilemma, In Defense of Food, and Cooked. For many years now, I’ve been passionately outspoken about the food justice movement, and low-wage workers represent a key front in the fight for fair and just food.

That’s why I hope you’ll join me and millions of MoveOn members across the country in expressing solidarity with the fast-food workers going on strike for fair wages today.

Those of us working in the food movement often speak of our economy’s unhealthy reliance on “cheap food.” But cheap food only seems cheap because the real costs of its production are hidden from us: the exploitation of food and farm workers, the brutalization of animals, and the undermining of the health of the soil, the water, and the atmosphere.

As a society, we’ve trapped ourselves in a kind of reverse Fordism. Instead of paying workers well enough so that they can afford good, honestly-priced products—as Henry Ford endeavored to do so that his workers might afford to buy his cars—we pay them so little that the only food they can afford is junk food destructive of their health and the environment’s.

If we are ever to right this wrong, to produce food sustainably and justly and sell it at an honest price, we will first have to pay people a living wage so that they can afford to buy it. Let’s start with the people who work so hard to feed us.

Please stand with the brave fast-food strikers by sharing this image on Facebook. 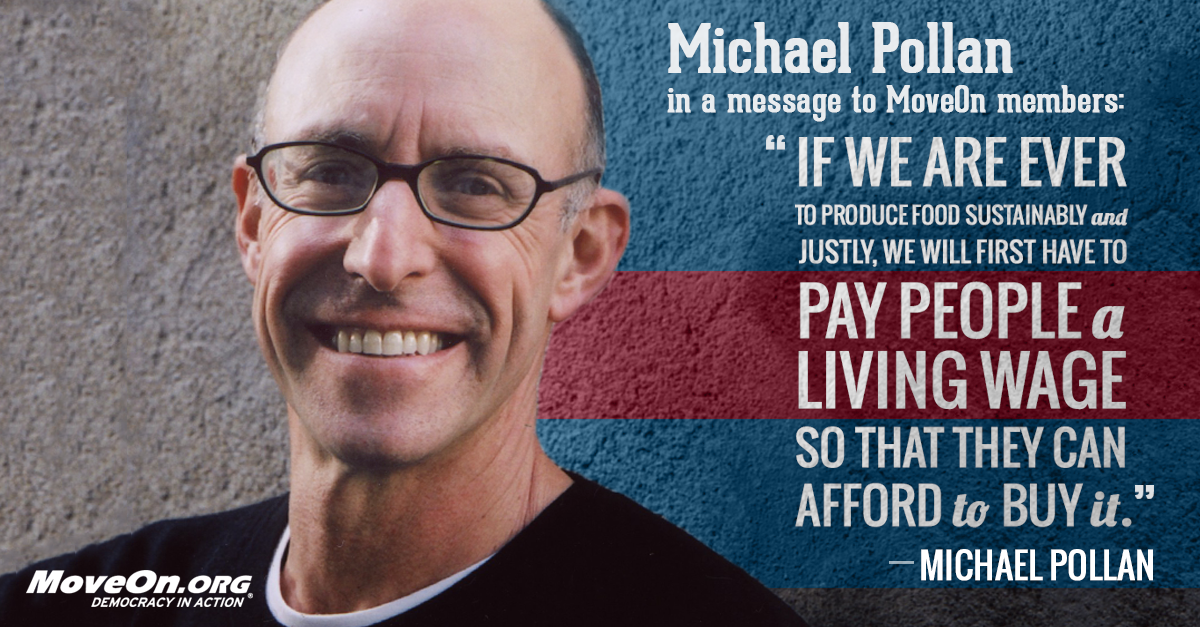 P.S. There are nearly 100 fast-food worker rallies at 12:30 p.m. local time all across the country today. Head over during lunch and show your support in person. Click here to find a rally near you.