This is one in a series of semi-regular updates on our Run Warren Run effort and Senator Warren’s fight to give all Americans an equal shot.

THE CASE FOR A POPULIST CHALLENGER IN THE DEMOCRATIC PRIMARY: Here’s Robert Borosage, president of the Campaign for America’s Future, in the Huffington Post:

“A populist challenger in the Democratic primaries can reach out to, engage and help educate a new generation of activists. He or she could use public debates to expose fundamental differences to a broader audience. Most Americans pay little attention to politics amid the daily struggle to stay afloat. Presidential campaigns — beginning with contested primaries — can attract more interest. And importantly, activists pay attention, get involved, get inspired or turned off.” 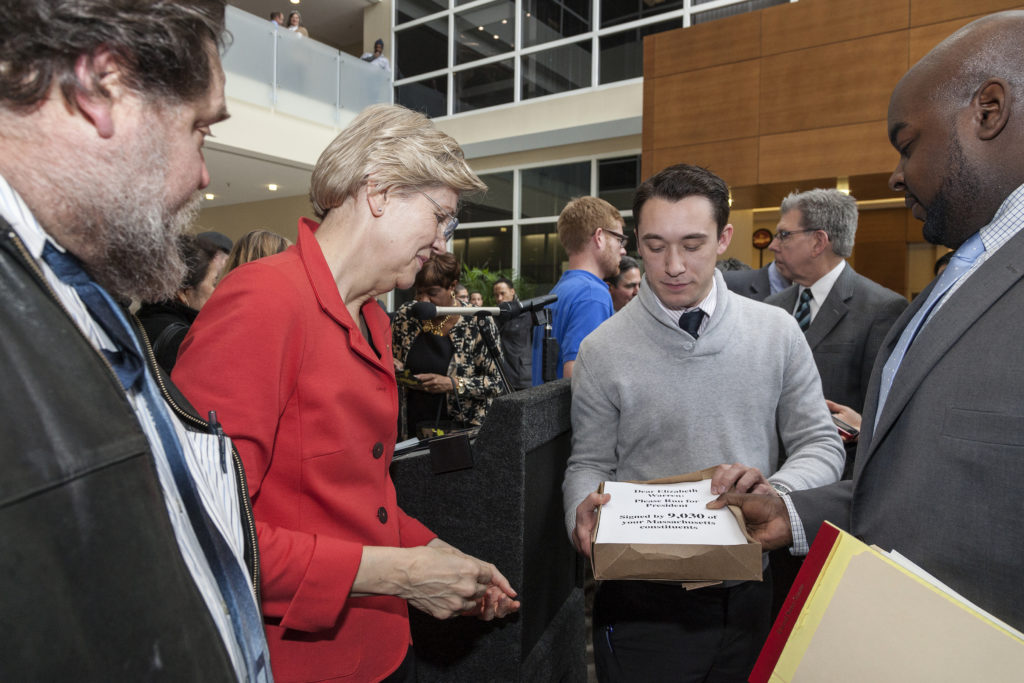 Here’s Robert Rizzuto from MassLive.com on what Senator Warren had to say about her supporters:

Warren was asked not the tired question of if she will run for president (which she’s repeatedly said no to), but instead what she thinks about the fact that her message has resonated with so many people, including supporters of her place in the Senate and a growing movement calling for her to run for president. She paused for a second, with microphones close to her face with TV cameras surrounding her, and explained why she thinks the movement isn’t so much about her as it is the message she’s delivering.

“Americans understand that the game is rigged, and they’ve had enough of it. They’re ready to fight back. They want a Washington that works for them,” Warren said. “I think that people are getting more engaged, politically, and they’re seeing through a lot of the rhetoric that politicians have been throwing out there for a long time. They want to see some real change, and I think that’s what we need to work on.”

Watch Senator Warren speak about her supporters here, with video from CBS3. 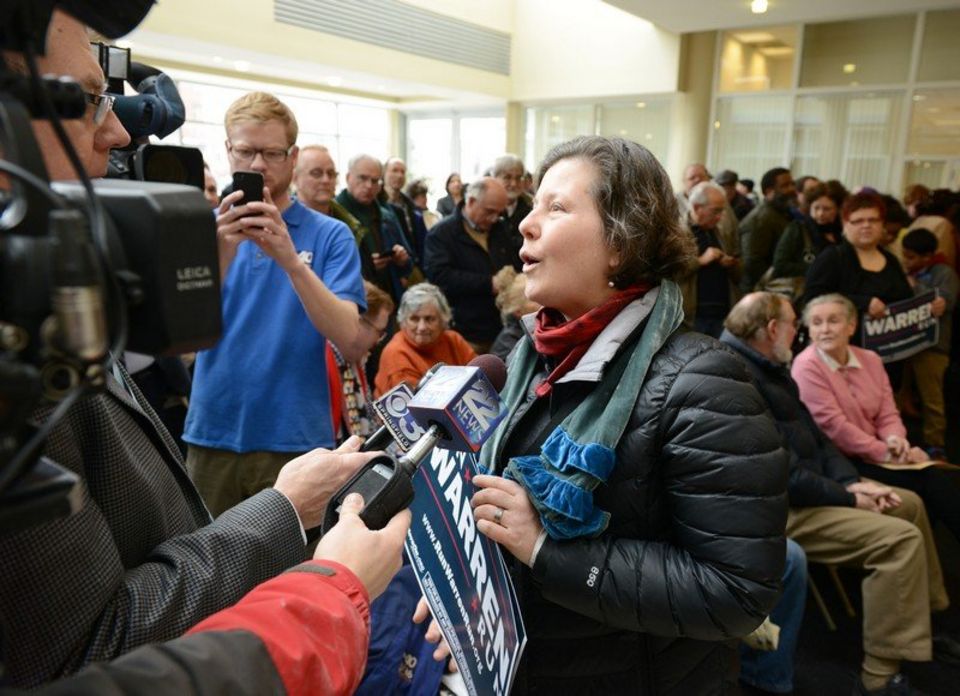 And here’s what MoveOn member Bram wrote about his experience meeting Senator Warren:

“When I heard last minute that Senator Warren was going to be in Springfield this morning, I knew that I had to be there—even if that meant a 50 minute drive through the snow from my home in Lenox. I of course wanted to thank her for her leadership for our great state, but I also wanted to express to her why her constituents would love to see her run for president. I can’t speak for everyone, but one of the reasons that I want Senator Warren to run for president is because of my kids.”  Read more. 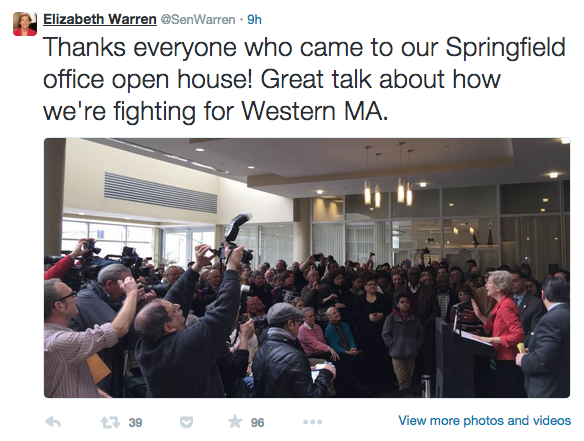 RACHEL MADDOW CALLS SENATOR WARREN THE ‘SOUL’ OF THE DEMOCRATIC PARTY: Here’s what Rachel Maddow had to say recently about Senator Warren while discussing the Run Warren Run campaign: 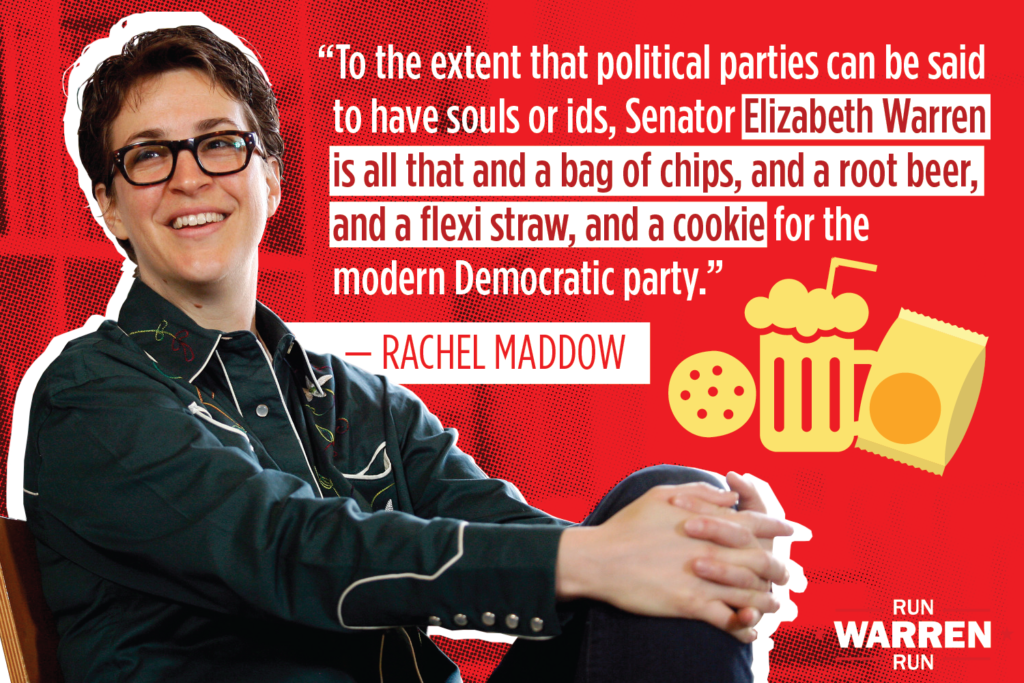 Valentine’s Day involved dispatches of roses. Despite the federal holiday on Presidents Day, a new pro-Warren office pitched up shop in Hiawatha, Iowa, then proceeded to fill up with people. What better day to honor the woman these activists hope will be the next American president? The holiday brought roadside “honk and wave” in New Hampshire and elsewhere in Iowa, and, in Washington, D.C., a symbolic (but literal, and frigid) run from the U.S. Capitol to the White House. (“We ran from Sen. Warren’s current office to her future office,” Luisa Galvano, DC-organizer of the super PAC Ready for Warren, announced under winter gear.) 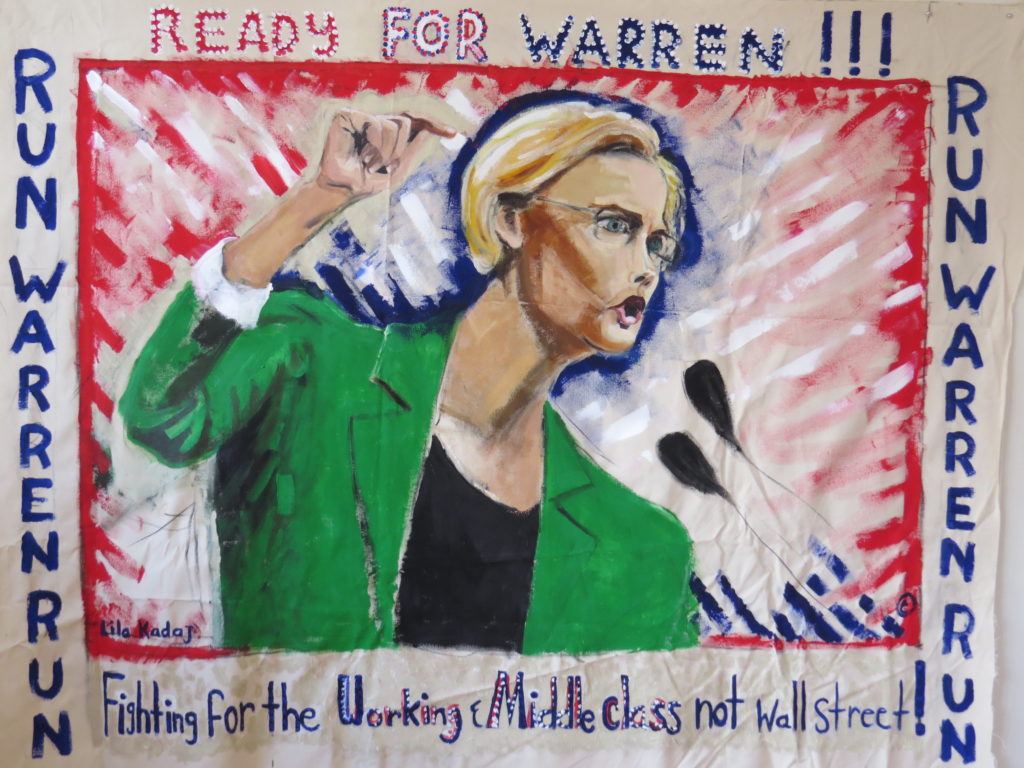 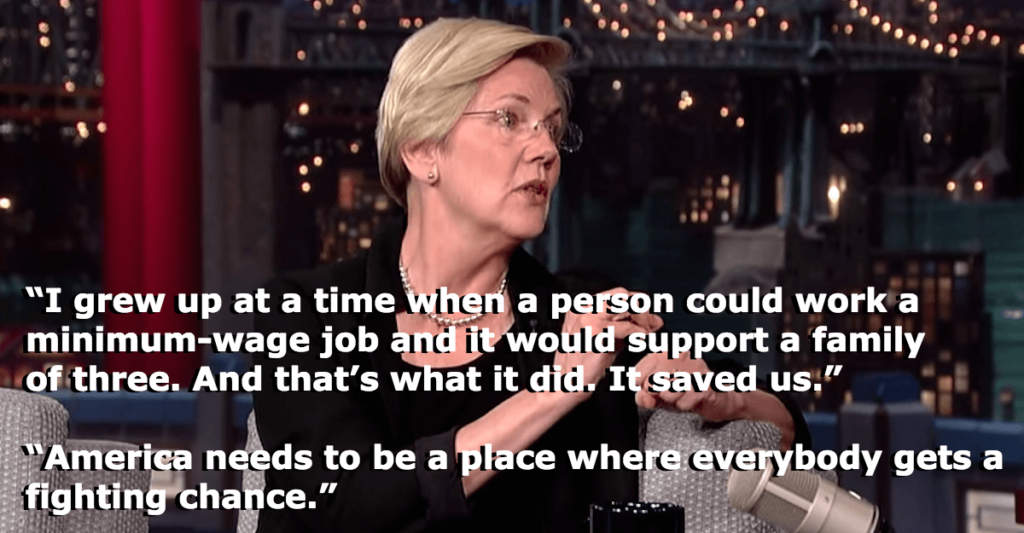