Philadelphia, PA — Today, a group of Pennsylvania military veterans and MoveOn members attempted to deliver a petition with more than 113,000 signatures—including more than 5,000 from Pennsylvanians—to Senator Pat Toomey, calling on the senator to disavow Republican presidential candidate Donald Trump and pledge to not vote for Trump on Election Day. Senator Toomey’s staff refused to accept the signatures from the veterans, despite advance notice of their arrival. 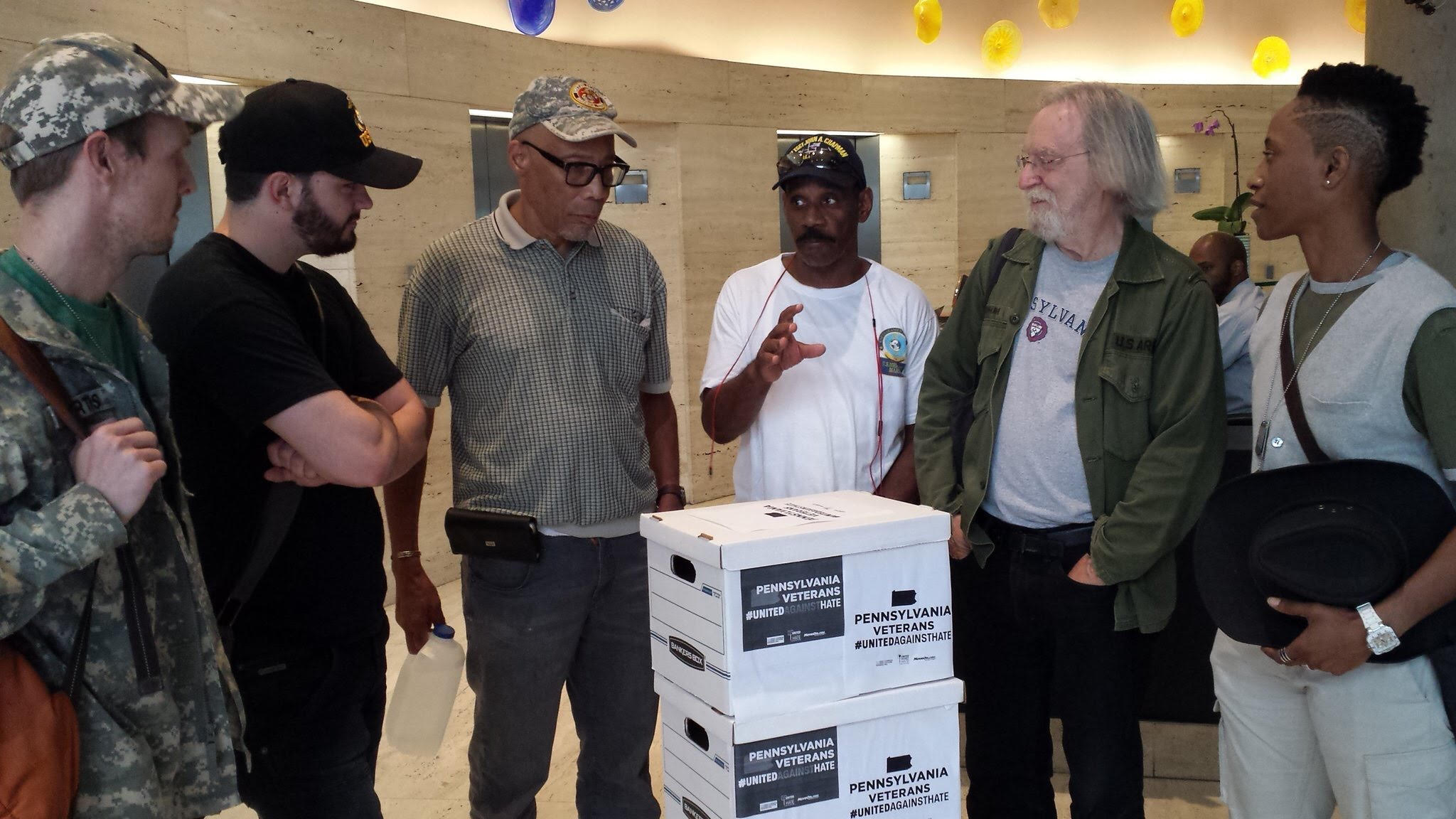 “These military veterans are Senator Toomey’s constituents. They have served our nation with honor and were simply exercising their constitutional and democratic rights,” said Ilya Sheyman, executive director of MoveOn.org. “All they wanted to do was deliver the petition, but they were flat out denied that right. The petition’s signers range from veterans and military families to concerned citizens, all asking Sen. Toomey and other Republican leaders to put country before party and disavow Donald Trump, not only because of his hateful, racist, sexist, and bigoted rhetoric, but for the security of our nation.”