Good morning, and happy Martin Luther King, Jr. Day. We’re coming off the heels of our New Hampshire launch this weekend, where more than 100 people gathered to call on Sen. Warren to run for president. More Run Warren Run news below.

“Today we begin to pave the path, brick by brick, to the day we can say presidential candidate Elizabeth Warren,” said Victoria Kaplan, lead campaign director for MoveOn.org.

“What we’re facing in the next presidential election is a discussion about the viability, the survivability of working people and the middle class. I don’t know of anybody who is better positioned to come to New Hampshire for this presidential primary and discuss the issues affecting working people than Elizabeth Warren.” –N.H. Rep. Renny Cushing (D-Hampton), speaking during the launch. Watch Cushing’s remarks here.

Concord Monitor’s Iain Wilson: N.H. supporters to Warren: ‘This is the moment.’ 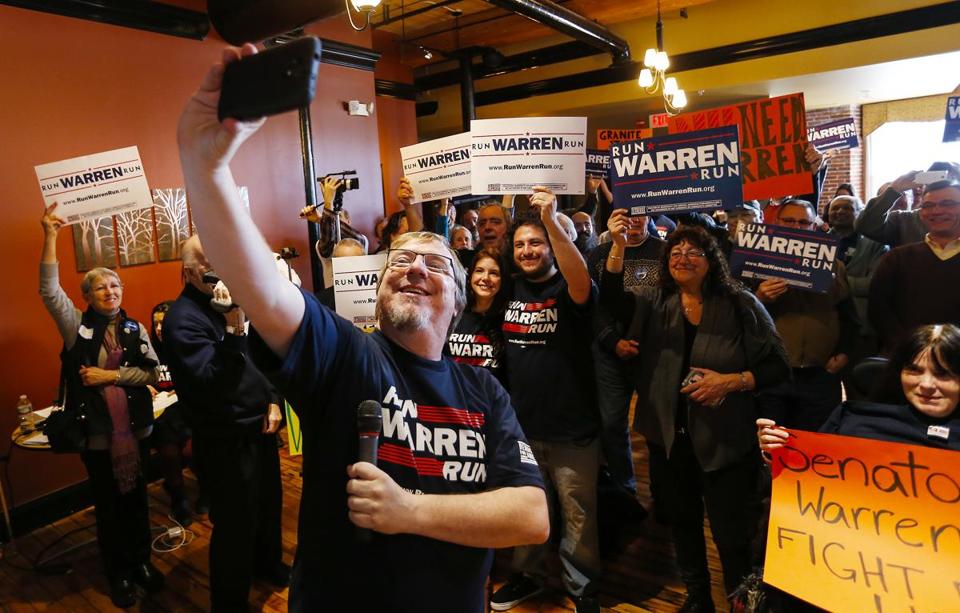 BOB SCHIEFFER ON WARREN: “Certainly, she’s having an impact on the race already, and on Washington politics. … I wouldn’t count her out just yet.” Watch here.

DEMOS’ HEATHER MCGHEE ON CONTESTED PRIMARY: “I would like to see an active Democratic primary as well. … As an advocate for a robust, participatory democracy, I think it would be good for both parties—and frankly, lots of parties—to have contested primaries.” Watch here.

WARREN’S REFLECTIONS ON DR. KING’S LEGACY. We are inspired by legends like Dr. King, and by today’s champions for opportunity and equality. When Sen. Warren was presented recently with the Dr. Martin Luther King, Jr. Leadership Award at Boston’s Twelfth Baptist Church—a church where Dr. King preached during his years in Boston—she said: “In the past half-century, our country has made progress. But we are under attack. … There are those who want to reverse those gains. Those who want to take away votes. Those who want to make it harder to get an education. Those who believe justice and dignity are reserved only for some people. Those who believe it should be a challenge to vote or even walk down the street. The Supreme Court has now struck down a key section of the Voting Rights Act. Young men have died in police custody. And the growing heel of poverty has worn down harder on children of color.” 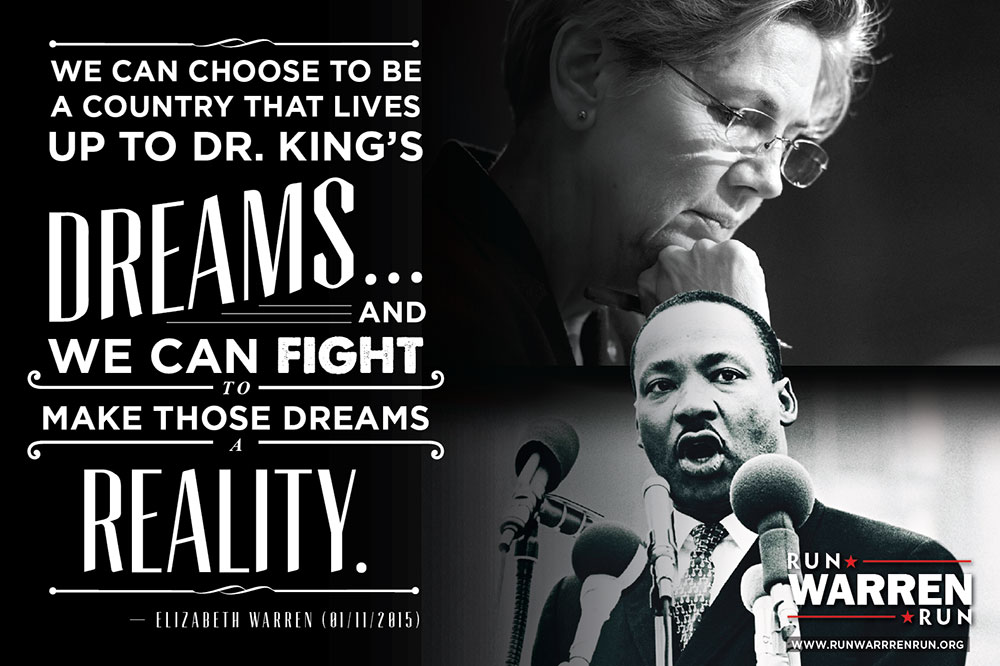 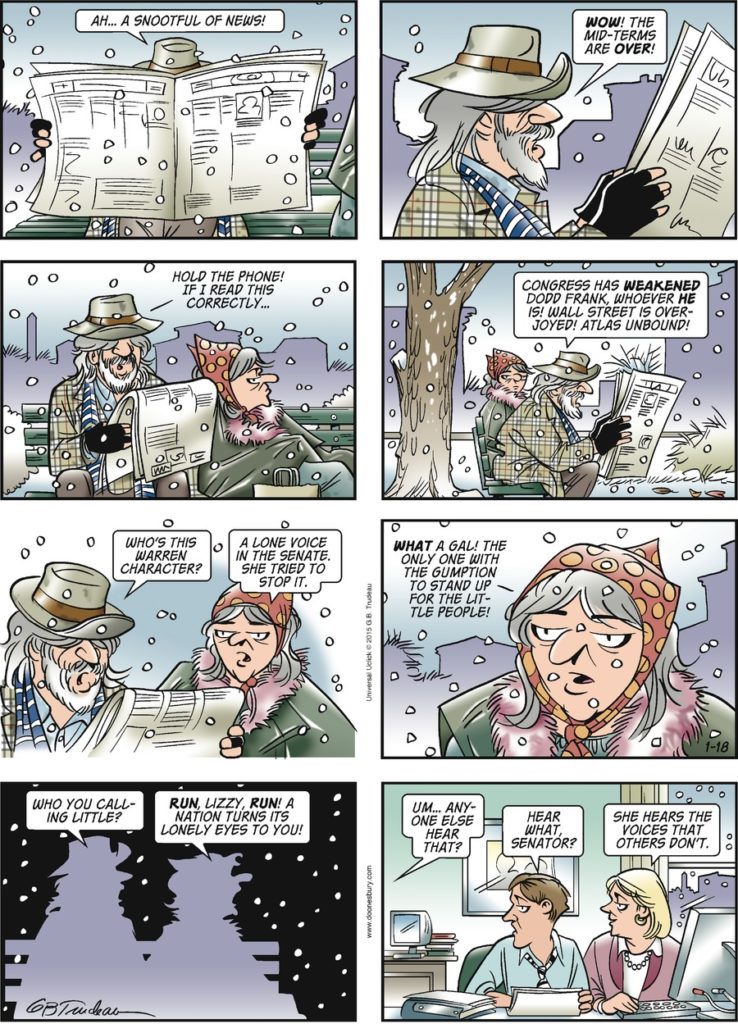 2016 WILL BE FOCUSED ON INEQUALITY. The AP’s David Scott and Steve Peoples write about what’s becoming a core focus of 2016 conversations: “a competition over who’s better able to boost paychecks for working Americans.”

“‘Voters, particularly in presidential contests, want their candidates to be able to answer in the affirmative the question, “Does this person understand the problems of people like me?” ’ said former Romney adviser Kevin Madden. ‘This is a departure from the last campaign, where the focus was on drawing contrasts with the president and reminding voters what they didn’t like or shouldn’t like about Obama’s economic record.’

“But it’s the populist message on wages that appear especially ripe for this moment.”

“We are heading toward an election in which the two parties more or less agree on the problem facing Americans: A growing economy has done little to accrue to the incomes and living standards of ordinary workers over the past generation. But they will have starkly different answers over how to combat it.” –New York Times’ Neil Irwin, discussing how President Obama’s State of the Union is helping set the framework for 2016

WARREN HAS ‘GROWING CLOUT’ IN WALL STREET FIGHTS. The Boston Globe’s Jessica Meyers has more on Warren’s undeniable influence on the economic conversations happening in Washington, DC, on Wall Street, and in the 2016 presidential race.

“Elizabeth Warren is going to draw the line in the sand and moderate Democrats are going to have to decide which side they want to be on,” said Isaac Boltansky, an analyst at Washington financial services firm Compass Point Research & Trading, and a former Warren aide on the Congressional Oversight Panel.