On Saturday, MoveOn staff and members showed up in full force for RootsCamp—a one-of-a-kind “unconference” organized by our friends at the New Organizing Institute—bearing Run Warren Run banners, stickers, signs, and t-shirts.  With swag in hand, we had conversations with progressive activists eager to learn more about our campaign to encourage Massachusetts Senator Elizabeth Warren to throw her hat in the ring and run for president. 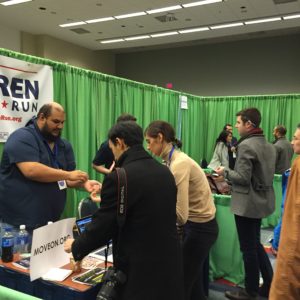 Alejandro Chavez, a member of our Run Warren Run team at MoveOn, gave a rousing 60-second “Ignite Talk” on how Senator Elizabeth Warren needs our help this week in her fight to stop a huge giveaway to Wall Street banks in the government funding proposal.  Then on a panel in the afternoon, Ben Wikler, MoveOn’s Washington director, joined allies from organizations like Democracy for America and Ready for Warren to talk about the coalescing effort to show Warren—a champion for middle-class and working families who isn’t afraid to stand up to the Wall Street banks and corporate lobbyists—that she has the support she needs to seek the presidency. 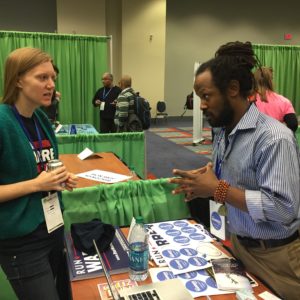 The response from RootsCamp participants showed that Warren’s commitment to keep fighting to make the United States a nation where anyone can achieve the American dream is infectious. With the groundswell of support we’re already seeing, the future is bright for our campaign to convince Elizabeth Warren to run for president. 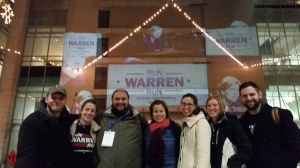