IOWA — Iowa members of MoveOn.org Political Action have voted to endorse Patty Judge in the state’s U.S. Senate race with 95% of votes cast in favor of backing Judge as part of an effort to elect a Democratic majority in the upper chamber of Congress this fall. The endorsements come as Republican presidential candidate Donald Trump continues to drag down incumbent Republicans and GOP hopefuls with his politics of hate, racism, misogyny, Islamophobia, and authoritarianism.

“MoveOn members are mobilizing nationwide to ensure Donald Trump never steps foot in the White House – and show that Americans clearly reject his politics of hate – while helping to elect Democrats like Patty Judge and advance progressive policies,” said Ilya Sheyman, executive director of MoveOn.org Political Action. “Bolstered by leading progressive voices like Senator Elizabeth Warren and Senator Bernie Sanders, MoveOn members will help Take Back the Senate this fall and continue to fight for progressive change at all levels of government.”

Earlier this year, MoveOn organized a chorus of hundreds of former Grassley supporters who have publicly declared that he has lost their respect and their votes for playing games with the Supreme Court, a message delivered through online videos and ads, a billboard near the Des Moines airport, and a delegation of former supporters who travelled to Washington, DC to call on Grassley to do his job. A recent CBS News / YouGov poll shows Judge and Grassley in a statistical tie.

Judge is a lifelong Iowan, farmer, and public health professional who first served as an elected official for the State Senate. Her issues include agriculture, LGBTQ rights, women’s health care, affordable education, getting money out of politics, protecting the environment, and giving fair consideration to President Obama’s Supreme Court nominee.

Here’s what a few MoveOn members in the state had to say about Judge:

“She is a strong Democrat who supports our policies and platform.” -Bob B. from Dubuque, IA

“Patty Judge has a history of attacking any problem and finding a solution to it. She is a no-nonsense kind of person!” -Melva S. from Ankeny, IA 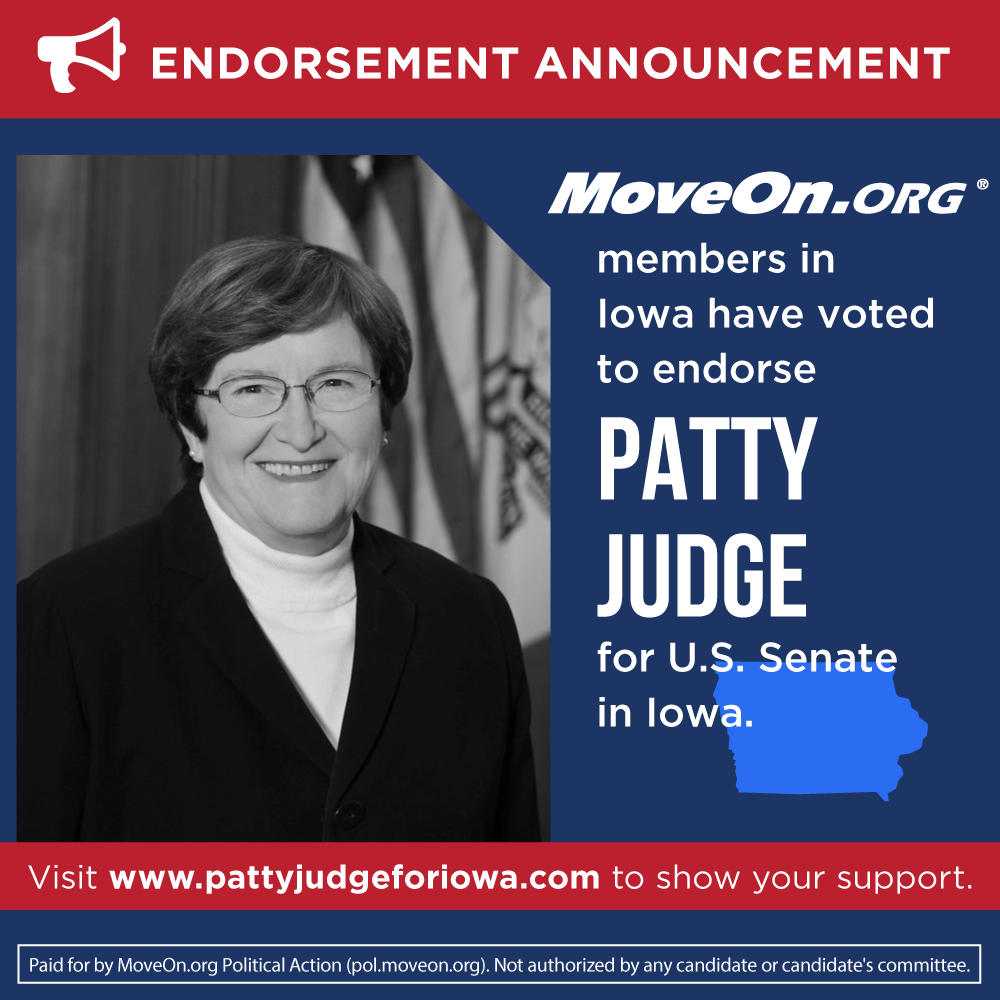