One Month Out, How MoveOn Members Are Impacting This Election

With less than a month until Election Day, MoveOn organizers are working alongside millions of fellow MoveOn members, intensifying the push across America to defeat Donald Trump, elect Hillary Clinton, restore Democratic control of the Senate, and combat the broader forces of hatred, racism, Islamophobia, and misogyny that have been unleashed by Trump and enabled by other leaders within the Republican Party.

Let’s take a moment to step back and give a snapshot of this remarkable effort.

Getting out the vote. We’re on track to staff up to more than 175 on-the-ground field organizers organizing in eight of the most important swing states for the presidential election and control of the Senate. In the first three weeks, our organizers recruited and trained 1,500 MoveOn volunteers who have already knocked on more than 40,000 doors and have had more than 11,000 face-to-face conversations with targeted voters who will make the difference in the most critical races.

In the next four weeks, we will hold the trainings and recruitment events—modeled on the Bernie Sanders campaign’s “barnstorms”—to prepare thousands more MoveOn members to knock on more than 1 million targeted doors and get out the vote in these swing states. At the same time, we’re spinning up a major calling operation that will place over 2 million volunteer-to-voter phone calls to these critical, progressive voters.

MoveOn was the largest organization to endorse Sanders, which puts us in a unique position to turn out progressive voters, including Sanders supporters, young voters, and others who might otherwise consider sitting out the most important election in a generation. 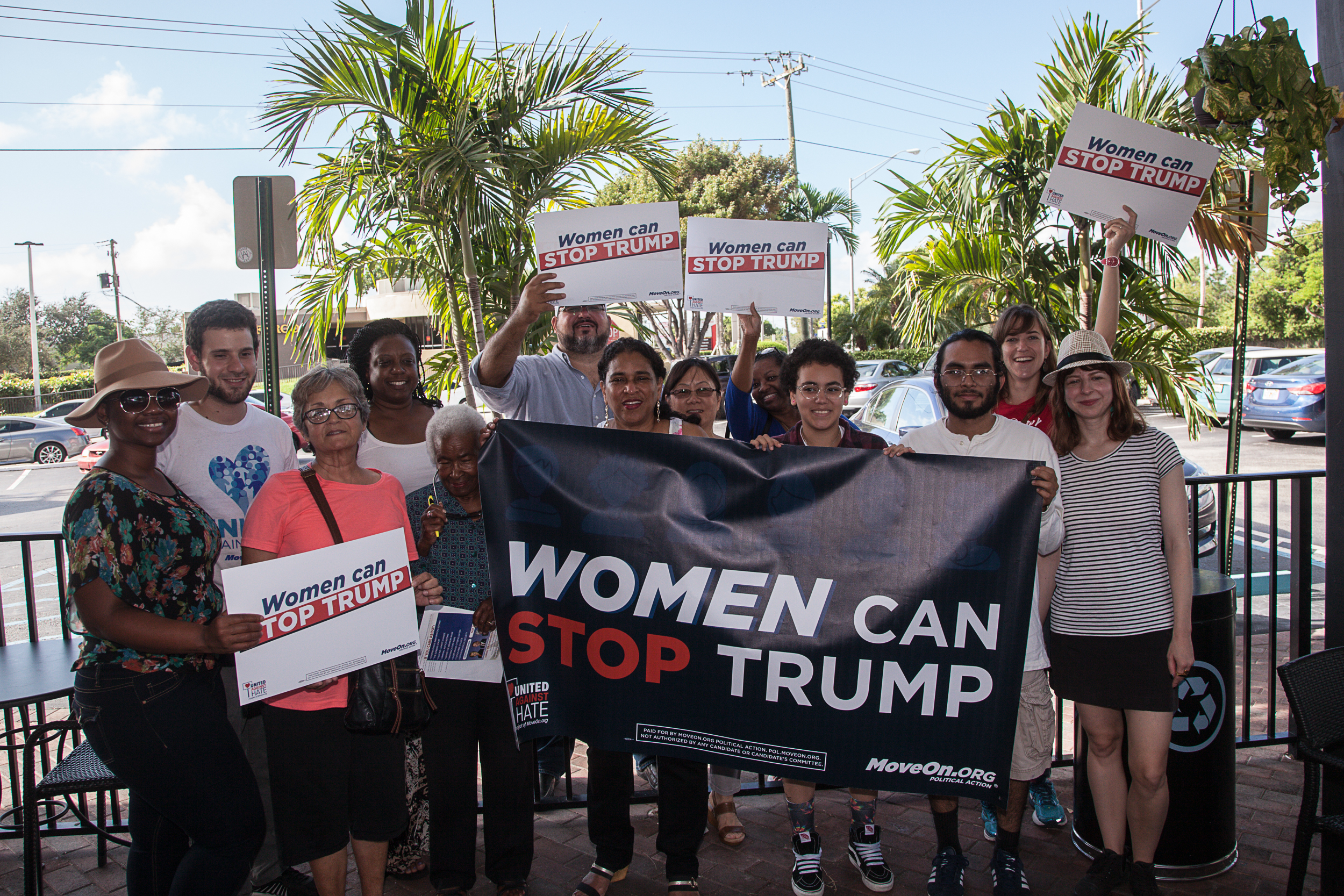 Video outreach. We’re also off and running with our Video Lab, an in-house video production team which has the capacity to turn around powerful hard-hitting videos in 24-48 hours. Since June 21, we’ve produced 137 videos and already reached 64.3 million views. These videos spread progressive ideas, including a video by Senator Elizabeth Warren on Donald Trump’s tax returns and videos contrasting Hillary Clinton and Donald Trump on key issues. This is people-powered progressive media, reaching an audience of young people and others who may not be tuning in to more traditional sources. You can see some of the recent videos we’ve made here. 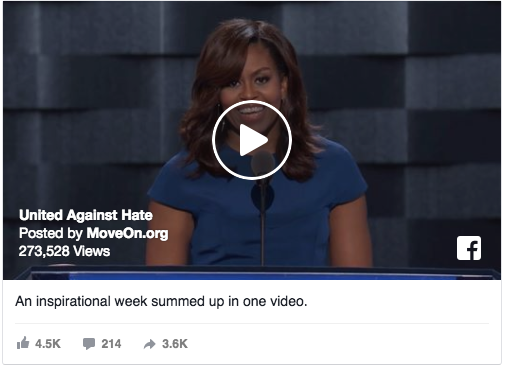 Text Team. Using the latest technology, we have built a massive texting program to help recruit volunteers for our tremendous GOTV effort. Right now, we have 2,000 texting volunteers and are scaling up to add even more in the final days leading to the election. The response rates from the texting program are astounding: 40% of our volunteers in swing states come from text message recruitment.

Powerful persuasion ads. Using sophisticated message research we commissioned this summer, we discovered a powerful line of messaging around Trump’s finger on the nuclear button. In a controlled study, we found that men over the age of 35 who watched our “Nukes” ad were six percentage points more likely to support Clinton over Trump, compared to those who didn’t watch it. Based on this finding, we were able to reserve almost all the remaining highest-quality digital 30-second ad inventory targeted to this demographic for the last two weeks of the election in four key swing states: Iowa, New Hampshire, Nevada, and North Carolina. We’re racing to identify which other ads are most persuasive to voters who may have voted for Bernie and still aren’t sure they’ll turn out to vote. And our rapid-response videos tying Senate Republicans to Trump’s toxic hate have been widely covered in regional media, in the AP, and aired on MSNBC. 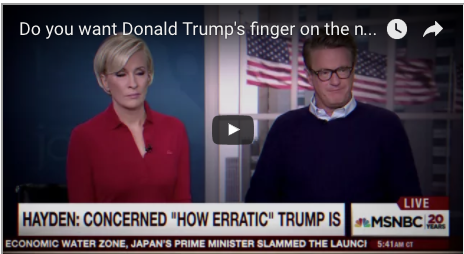 Laughter Trumps Hate. We are going beyond business-as-usual political tools to take on Trump using culture, comedy, art, and laughter. MoveOn had three standing-room-only comedy showcases in LA, Chicago, and New York, using humor to pierce through Trump’s media hype and reach younger and less political audiences. Judd Apatow and other A-list comedic talent judged the competition and we’re now circulating the best video clips from the showcases. See some of the videos here. 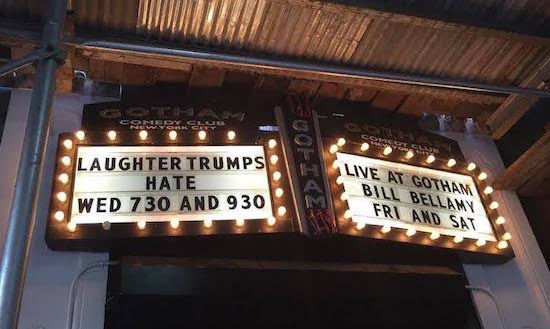 “Gamifying” the vote: SwingVoter Go. We worked with noted designer Jane McGonigal, the woman The New York Times has called the “queen of Games,” to design and launch a beautiful new online game, SwingVoter Go, aimed at helping voters canvass their own social networks. (Play it here: www.swingvotergo.com) 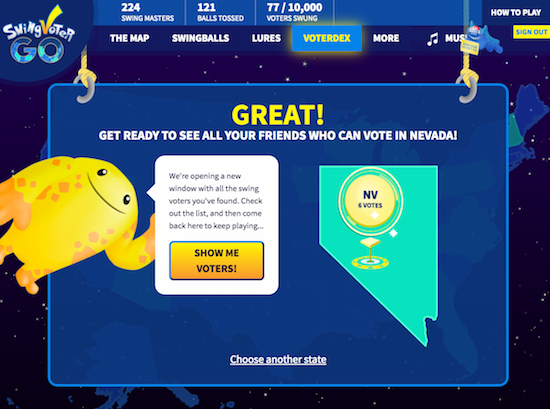 All of these activities are aimed at a single overarching goal—to turn out the progressive vote on November 8 and deliver a crushing blow to Donald Trump and all he stands for, electing Hillary Clinton, and restoring Democratic control of the Senate.

Sign up to get involved with United Against Hate here.