Here are nine inspiring campaigns that MoveOn members like you helped power through the MoveOn petitions platform in April.

If you’re feeling fired up after reading about these campaigns, click here to start your own petition today. 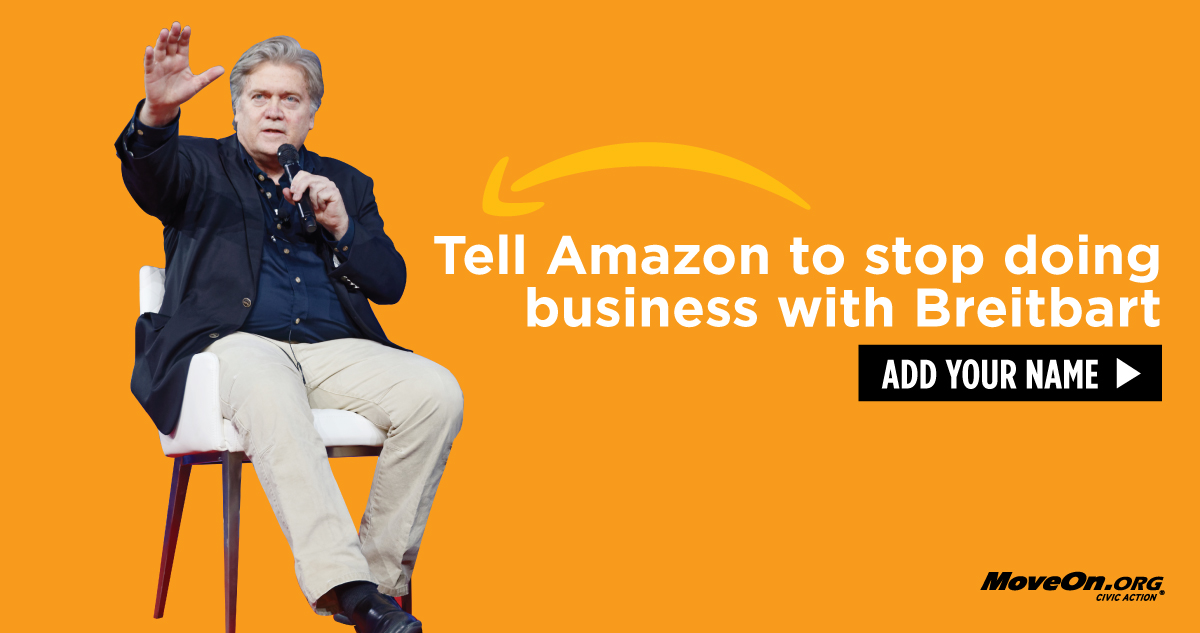 It was terrifying and absolutely unprecedented to have Bannon—someone with no national security experience, a warmonger, and an Islamophobic conspiracy theorist—participate in this small and influential group charged with our country’s national security.

A total of 1.1 million MoveOn members—and members of other allied organizations—spoke out against this dangerous politicization of our national security by signing petitions demanding Bannon’s removal, including more than 440,000 signatures on MoveOn’s petition alone. And, within hours after the announcement that Bannon would no longer be on the National Security Council, MoveOn released a video calling on him to now be removed from the White House altogether. 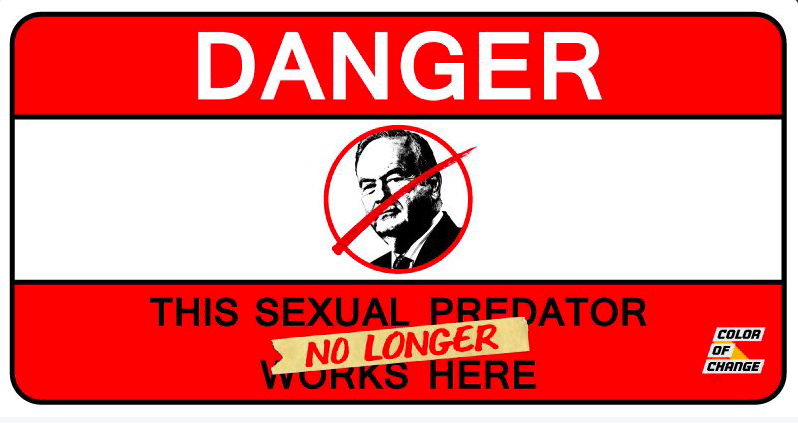 When Color of Change first launched a campaign to oust Bill O’Reilly from Fox News in 2014, people told them that they were no match for O’Reilly. They were told that no amount of public pressure, especially not from a Black organization, could ever change anything at Fox News.

Yet, after it came to light that O’Reilly’s dangerous rhetoric against Black people, people of color, and women mirrored the morally bankrupt and predatory actions that he carried out against Black people and women when the cameras were off, Bill O’Reilly was done. Color of Change banded together with several partner organizations and MoveOn members like you. After more than 340,000 petition signatures—including from 46,000 MoveOn members—thousands of flyers and tweets, thousands of calls, and 77 advertisers abandoning “The O’Reilly Factor,” Fox News officially announced that Bill O’Reilly’s platform for anti-Black vitriol and misogyny has been canceled. 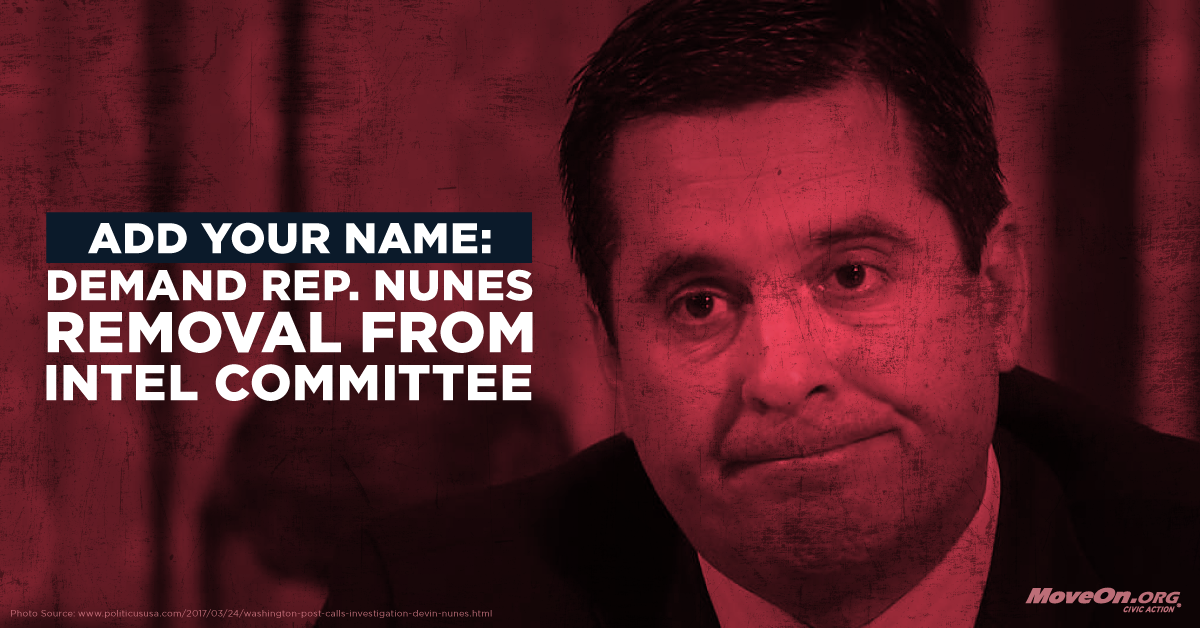 Thanks to pressure from MoveOn members like you, House Intelligence Committee Chair and Trump surrogate Devin Nunes stepped aside from his committee’s investigation of Russian efforts to influence the 2016 election. In stepping aside, Nunes said he blamed “left-wing activists” who filed ethics complaints against him.

He’s talking about us. MoveOn filed a federal complaint against Nunes with the House Ethics Office, and more than 240,000 MoveOn members like you called for the removal of Nunes from his committee post.

After Trump released his proposed budget to gut funding for the Corporation for Public Broadcasting, MoveOn members and the parent advocacy organization ParentsTogether Action collected 660,000 signatures demanding that Congress save funding for critical programs, such as PBS Kids.

In March, kids, parents, and even someone dressed as the Cat in the Hat delivered these signatures to Congress to save the beloved network. And just last month, Congress passed the 2017 budget with full funding for public broadcasting!

Trump still wants zero funding for public broadcasting in 2018, so we need to keep the pressure on. 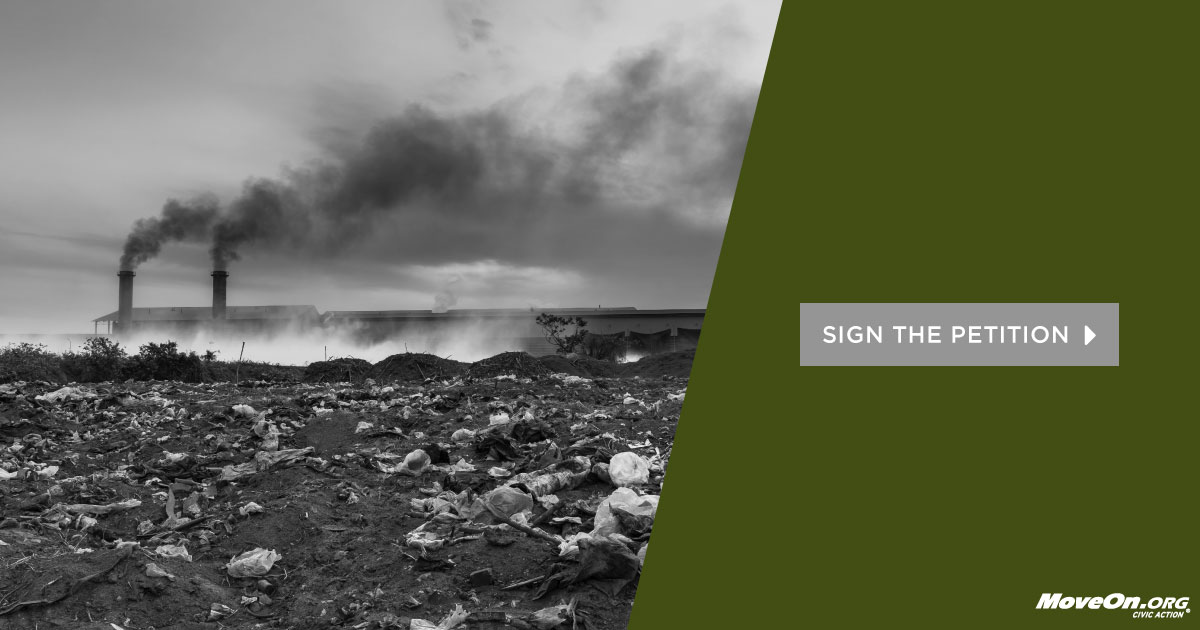 Under Trump’s proposed budget, the Environmental Protection Agency would have been hit harder than any other agency, losing 31% of funding for critical healthy air and water programs. Renowned environmental activist and Love Canal survivor, Lois Gibbs, joined together with People’s Action to oppose these horrible cuts. More than 30,000 MoveOn members joined in this fight.

The budget just passed protects 99% of the EPA’s funding.

The EPA is still on the chopping block for next year, so we need to keep up the momentum. Click here to sign the petition, then share your friends.

6. MoveOn members join the call for California to investigate Exxon.

More than 14,000 California MoveOn members signed a petition to California Attorney General Xavier Becerra urging California to join the investigation into Exxon’s potential climate fraud. Exxon has known for decades that burning fossil fuels creates carbon pollution that accelerates climate change. But despite their own research, they misled shareholders and funded climate denial. Now, attorneys general from several states are investigating what Exxon knew, and when.

This month, the calls for California to investigate are continuing to grow. More than 30 organizations have formally called on Attorney General Bacerra to investigate, and members of the climate justice organization ClimateTruth.org delivered tens of thousands of signatures to Becerra—including signatures from MoveOn members.

Check out some of the photos from the petition delivery.

Two bills are making their way through the South Carolina legislature that would remove some of South Carolina’s most basic, commonsense public safety laws, including removing the state’s concealed weapon’s permit. Elizabeth Countryman started a petition on MoveOn.org which more than 1,300 MoveOn members have signed.

She says, “I started this petition because I’m mom who cares about gun safety. I testified at a South Carolina State Senate subcommittee meeting and brought your signatures with me—and I’m working with Moms Demand Action to make sure these bills do not become law.”

As more than a hundred thousand took to the streets for the Tax Marches, MoveOn members have been organizing locally to hold Trump—and all future presidential candidates—accountable and demand they release their tax returns.

MoveOn members in Maine, Illinois, and Arizona have all started petitions demanding their states require presidential and vice-presidential candidates disclose their tax returns in order to appear on their state’s ballot.

Maine State Representative Seth Berry helped lead a hearing at the state house on a bill introduced in the state’s legislature: LD 1422, “An Act To Require Presidential and Vice-Presidential Candidates To Disclose Their Federal Income Tax Returns.” The hearing was a great success. More than 1,500 MoveOn members in Maine have signed Rep. Berry’s petition to support LD 1422, and he plans to submit signatures to other state legislators.

Click here to start your petition to your state legislators.

As MoveOn members like you continue to sign and start petitions to build winning, progressive campaigns across the country, lawmakers are taking notice and responding.

Here are just a few of the many responses petition signers received from their elected officials:

“I support all legal means to require presidential and vice presidential candidates to disclose their recent tax returns. The public needs this information to assess the candidates’ suitability and to determine whether, if elected, are acting in the public or their personal interests” –Maine State Representative Janice Cooper

“Minnesota recently approved cannabis for medical use and I supported that legislation. This bill established what patients could qualify for medical cannabis, how to receive the cannabis and also created a registry to monitor the health impacts of the cannabis on patients.

Approving the medical use of cannabis was a significant change for Minnesota and it took many years of considerable organizing. Under our new Republican majorities in the Senate and House it is unlikely we’ll be able to make progress on this issue, but it will be up to the community to exercise pressure so that the majority will listen. I thank you once again for contacting me to voice your opinion on this matter. I will keep you posted on any action related to Marijuana regulation.” –Minnesota State Senator Patricia Torres Ray

“Thank you for reaching out to express your concerns about legislation that would impede the ability of sanctuary cities to function as such … I share your concerns about House Bill 4105, which was introduced on January 26th by Representative Pamela Hornberger and would prohibit local units of government from enacting any measures that would limit municipal employees from cooperating with federal officials concerning immigration status of individuals. It was referred to the House Local Government Committee.

… While I am not a member of the House Local Government Committee, please know that should this legislation come to a vote in the full House of Representatives, I will keep your input in mind as I strive to allow for local control appropriate for our municipalities on this issue.” –Michigan Representative Donna Lasinski