In 2016, Donald Trump won the 18th district of Pennsylvania by 20 points. Last Tuesday night, in an impressive upset, that district turned blue.

It was grassroots organizers – including 9,000 MoveOn members on the ground – who worked tirelessly to show the country that Democrats can win in 2018, even in deeply conservative districts like PA18.

MoveOn members were mobilized in this election since the beginning, and we used new volunteer get-out-the-vote programs and organizers trained through MoveOn’s Resistance Summer to turn out voters. The result was a truly grassroots, community-driven campaign. In our post-election survey, many members in the district attributed the “grassroots activism”, “grassroots campaign”, and the power of volunteers as a key to Lamb’s victory.

MoveOn member Lynn Hughes was one of the many volunteer grassroots leaders who helped elect Lamb. Hughes was a registered independent until Trump’s win, and she told Yahoo News: “Before the inauguration, MoveOn.org called for community meetings all across the country to resist Trump at a local level. I was like, I have a house, I can just host a meeting”. This first meeting tapped into a groundswell of enthusiasm in her district, and what started as a meeting of 20 people has become a group of over 300 members, who recently turned their energy to electing Lamb.

This victory was a bottom-up, team effort. The hard work of MoveOn members and countless other grassroots organizers paid off, proving to the country that the blue wave is here to stay, and there is not a single district in the country Republicans can take for granted this year.

The showing of grassroots enthusiasm in PA-18 tells us that we can see even more victories like this one in November. MoveOn members are ready and fired up to knock on even more doors and mobilize progressives all over the country to bring the Resistance to the ballot box. 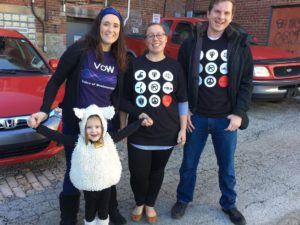 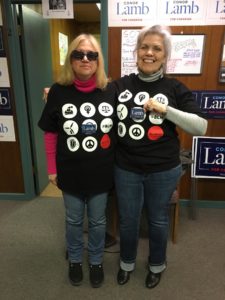