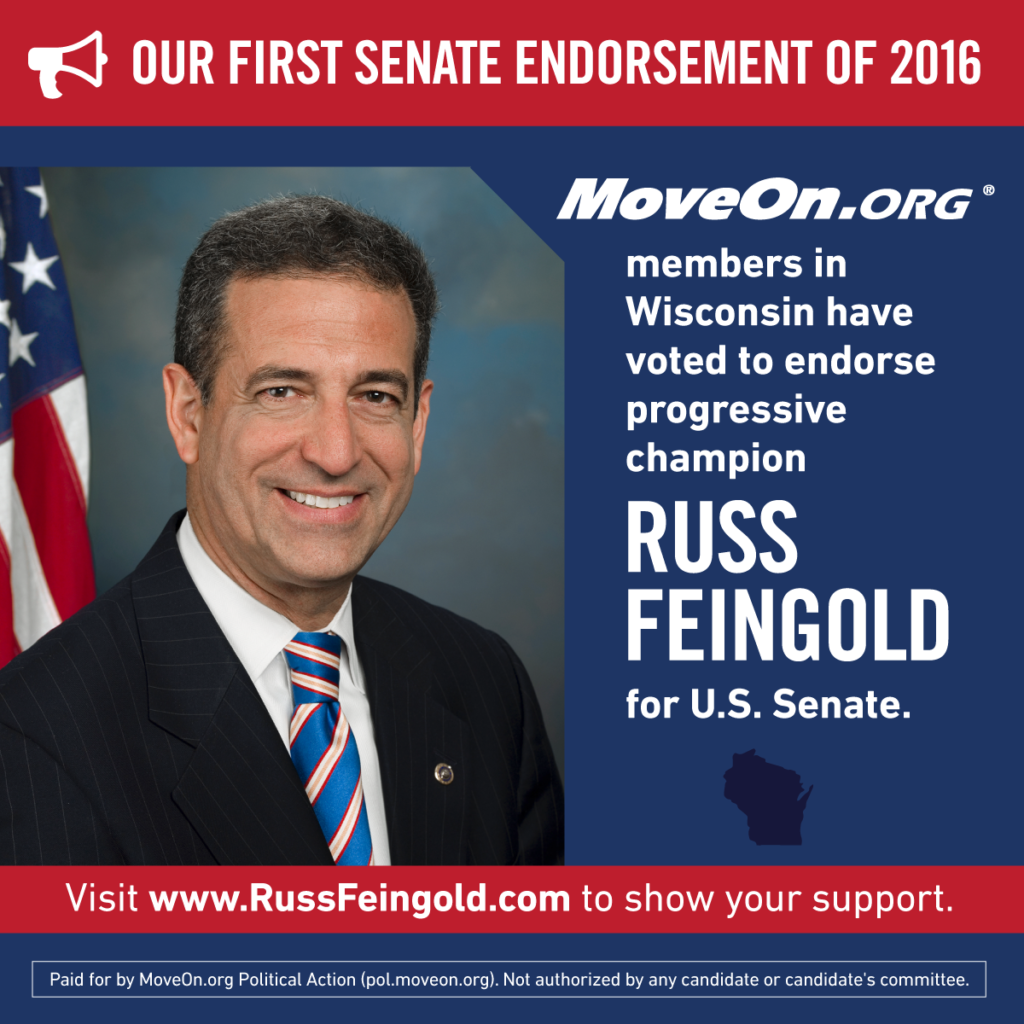 The endorsement is the first for MoveOn this cycle and the top-priority Senate race for MoveOn; there are more than 150,000 MoveOn members in Wisconsin.

WISCONSIN — Wisconsin members of MoveOn.org Political Action have voted decisively to endorse progressive champion Russ Feingold in the state’s U.S. Senate race, with an overwhelming 98% of votes cast in favor of backing Feingold. The endorsement is the first by MoveOn members in the 2016 cycle.

MoveOn has more than 150,000 members in Wisconsin.

Feingold was one of the most principled progressives in the U.S. Senate, where he served for 18 years until he was caught up in the Tea Party wave of 2010. From his sole vote against the Patriot Act in 2001, to coming out early and strongly against the Iraq War, to being a leading voice for getting money out of politics, Feingold has been a vocal and tireless advocate for progressive values and the people of Wisconsin.

Here’s what a few MoveOn members in Wisconsin had to say about Feingold:

“He is an independent thinker. He weighs all the pros and cons before making a decision. You may not always agree with his decisions, but know that he always has his constituents in mind when making those decisions and not corporate America or the rich like Ron Johnson does.” —Alane B., Racine

“Russ Feingold has a proven record of supporting working families and Wisconsin public schools. Ron Johnson should not be re-elected as he consistently votes against the majority of Wisconsinites.” —Carol K., New Berlin

“He is honest and stands for what is right, and will work for laws that will be the best for the middle class. He did it before and will do it again.” —Joyce S., Elcho

In 2010, MoveOn members contributed more than $600,000 in small-dollar contributions to Sen. Feingold’s campaign and mobilized hundreds of volunteers across the state.

Nationwide, there are 8 million MoveOn members.