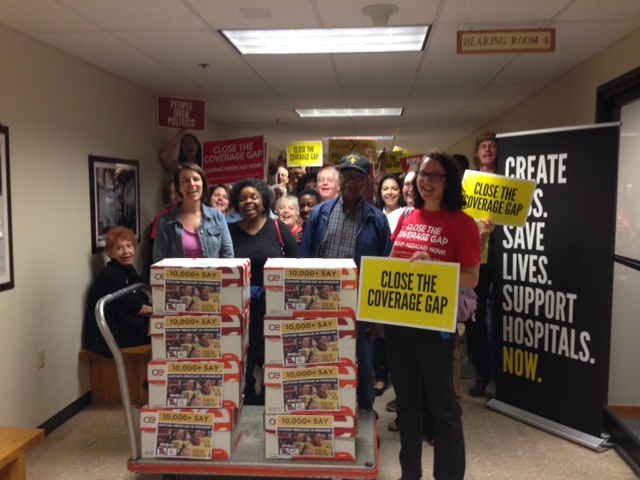 From Alaska to Maine and from Florida to Nebraska, MoveOn members all over the country continue to fight to stop the Republican blockade of federal funds that their states should be using under the Affordable Care Act to provide health care to millions of uninsured Americans.

Montana last week became the first state to expand Medicaid this year, and it would never have happened without the efforts of thousands of activists, including MoveOn members–or without Montana Gov. Steve Bullock’s tireless leadership. The new law will provide health care to 45,000 working Montanans, keep rural hospitals open, and create 16,000 jobs in the state.

The win came despite an aggressive campaign by Americans for Prosperity, the group funded by the conservative, billionaire Koch brothers, to stop Medicaid expansion in Montana — a campaign they are waging across the country.

This week, Alaska Gov. Bill Walker wrote to Alaska MoveOn members about Medicaid expansion. He said, “I am thrilled that … Alaskans made their collective voices heard in support of this critical opportunity. I urge you to continue to make your voice heard – write a letter to the editor, contact your lawmakers, talk to your friends and neighbors. Together, we can bring the benefits of Medicaid expansion to Alaska.”

We couldn’t agree more, and MoveOn members are on top of it! This week MoveOn members rallied in Alaska, delivered their petition calling for Medicaid expansion directly to Kansas Gov. Sam Brownback, collected the stories of the uninsured in Nebraska, and planned a big rally and petition delivery next week in Jefferson City, Missouri, and much, much more. Check out a photo of Gov. Brownback talking with a MoveOn member: 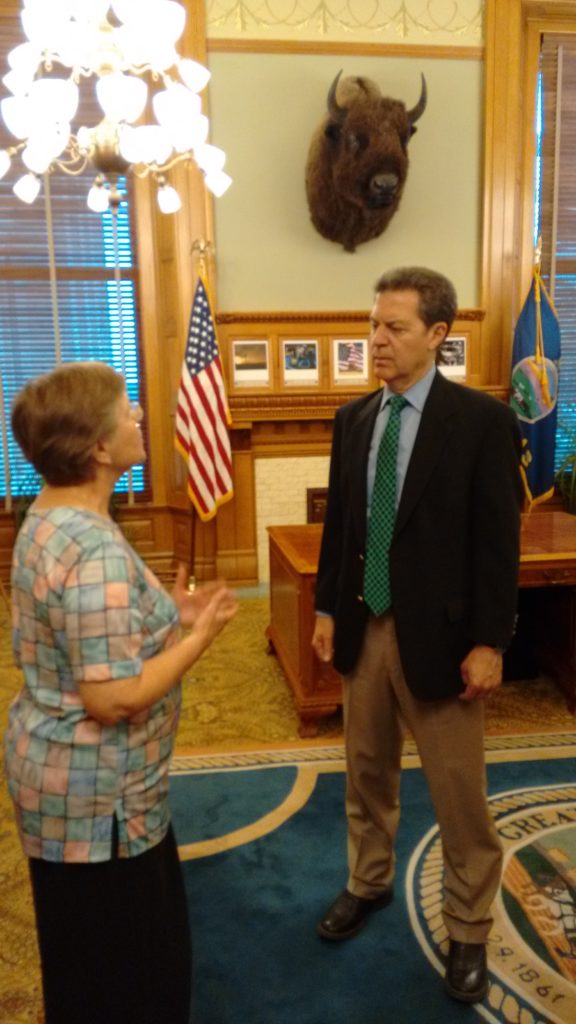 Thank you to the MoveOn members and local leaders at the forefront of this critical fight!