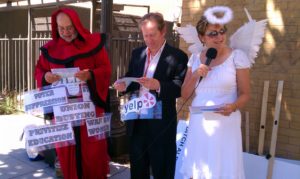 MoveOn members joined Frank Burton on Friday, September 6th for a rally in front of Yelp’s corporate headquarters in San Francisco to demand that the company withdraw its membership from the right-wing lobbying group American Legislative Exchange Council (ALEC). ALEC has contributed to the passage of some of the country’s most right-wing laws, including voter suppression laws and the highly controversial “Stand Your Ground” gun laws, that impacted many states in recent years.

Burton started his petition on MoveOn Petitions to Yelp Co-Founder and CEO, Jeremy Stoppelman to demand that Yelp “divorce itself from ALEC” because ALEC is “the author of anti-people laws all over the country–laws to suppress voters’ rights, ‘stand your ground,’ bust the public-employee unions, execute the GOP’s war on women, and privatize schools, prisons, and other vital government services.” Burton decided to take his concerns to Yelp’s headquarters after his petition got nearly 15,000 signatures in under a week.

In addition to the petition, MoveOn members who are upset by Yelp’s involvement with ALEC have caused the company’s average 30-day rating to plummet since the campaign began. It also appears as if Yelp has scrubbed thousands of negative reviews of ALEC on its site, and has suppressed the page from showing up in search results on the site.  On August 17th, ALEC had 1640 reviews, but as of September 3rd, there were only 374 reviews remaining. 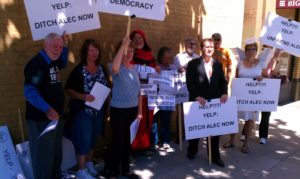 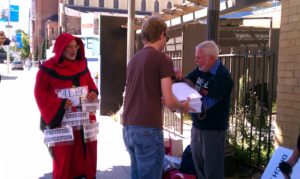 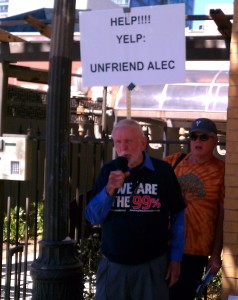 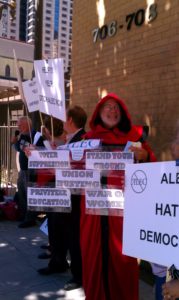 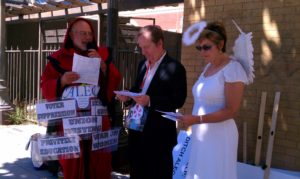