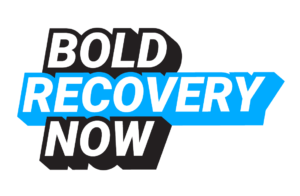 “Bold Recovery Now” campaign will engage up to 10M voters and target key Senators through print and digital ads, lobby days, and phone and text banks

Washington, D.C. — MoveOn, one of the largest independent progressive advocacy groups in the United States, today launched a new “Bold Recovery Now” six-figure campaign to demand Congress put an end to bipartisan talks on infrastructure and move to immediately pass the American Jobs Plan and the American Families Plan through reconciliation. The campaign comes on the heels of weeks of obstruction to a meaningful recovery package by Republicans and calls on the Biden administration to move forward with delivering the change more than 81 million Americans voted to support.

The campaign will kick off with a full-page print ad in POLITICO, a digital ad buy targeting Senators involved in the negotiations to date, calling out obstructionist Republican Senators up for re-election, and an intensive online and offline grassroots effort to reach up to 10 million voters across key states. Throughout the campaign, MoveOn supporters will meet with and lobby members of Congress, make calls and send emails to Senate offices, and organize their communities and host text and phone banks.

“We’ve waited long enough. Now is the time for action. Republicans are more interested in obstructing and delaying Biden’s agenda than solving today’s problems. Mitch McConnell said it himself,” said Rahna Epting, Executive Director of MoveOn. “The idea that Republican Senators will support anything close to what is needed in this moment is simply not realistic. Neither those who need this help nor Democrats in Congress have one more minute to waste with Republican obstruction.”

Passing the American Jobs Plan and American Families Plan is not just the right thing to do, it’s what the American people want. Majorities of voters in ten key states support the administration’s Build Back Better agenda.

“The most recent, supposed ‘deal’ reached by 10 bipartisan Senators is wholly insufficient to meet the urgency of this moment. MoveOn members will not rest until the American Jobs Plan and American Families Plan, in their full scope and ambition, are passed by Congress,” said Mohammad Khan, MoveOn Campaign Director. “We cannot go back to the economy as it was before. Our Build Back Bold Mobilizers are ready to organize in their communities to fight for the investments that will put people first and finally address the stark inequalities that the COVID-19 pandemic has exacerbated.” 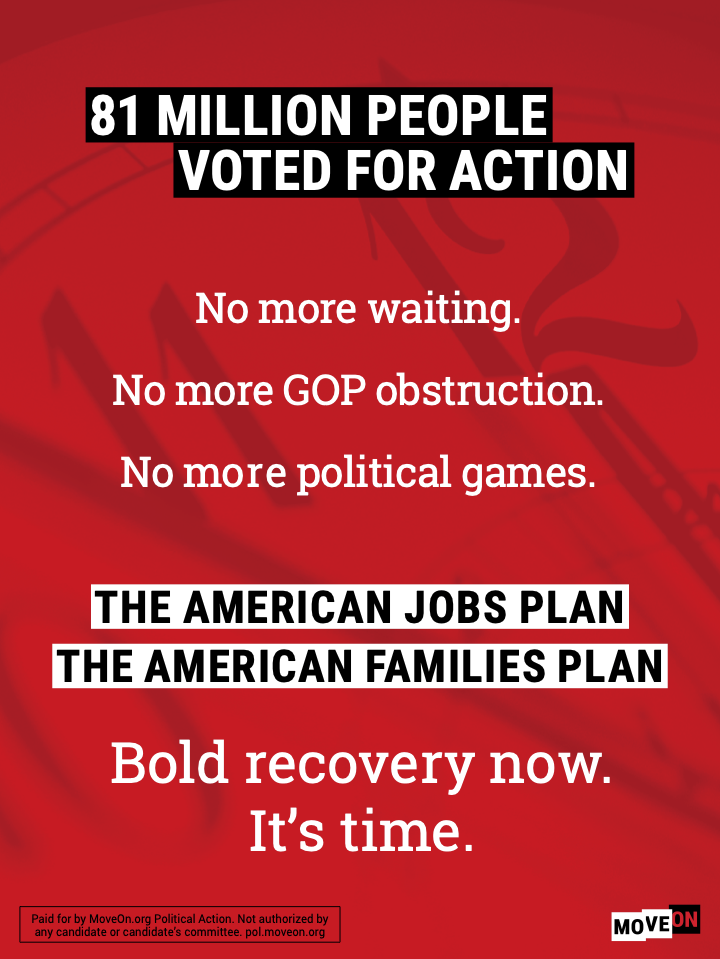