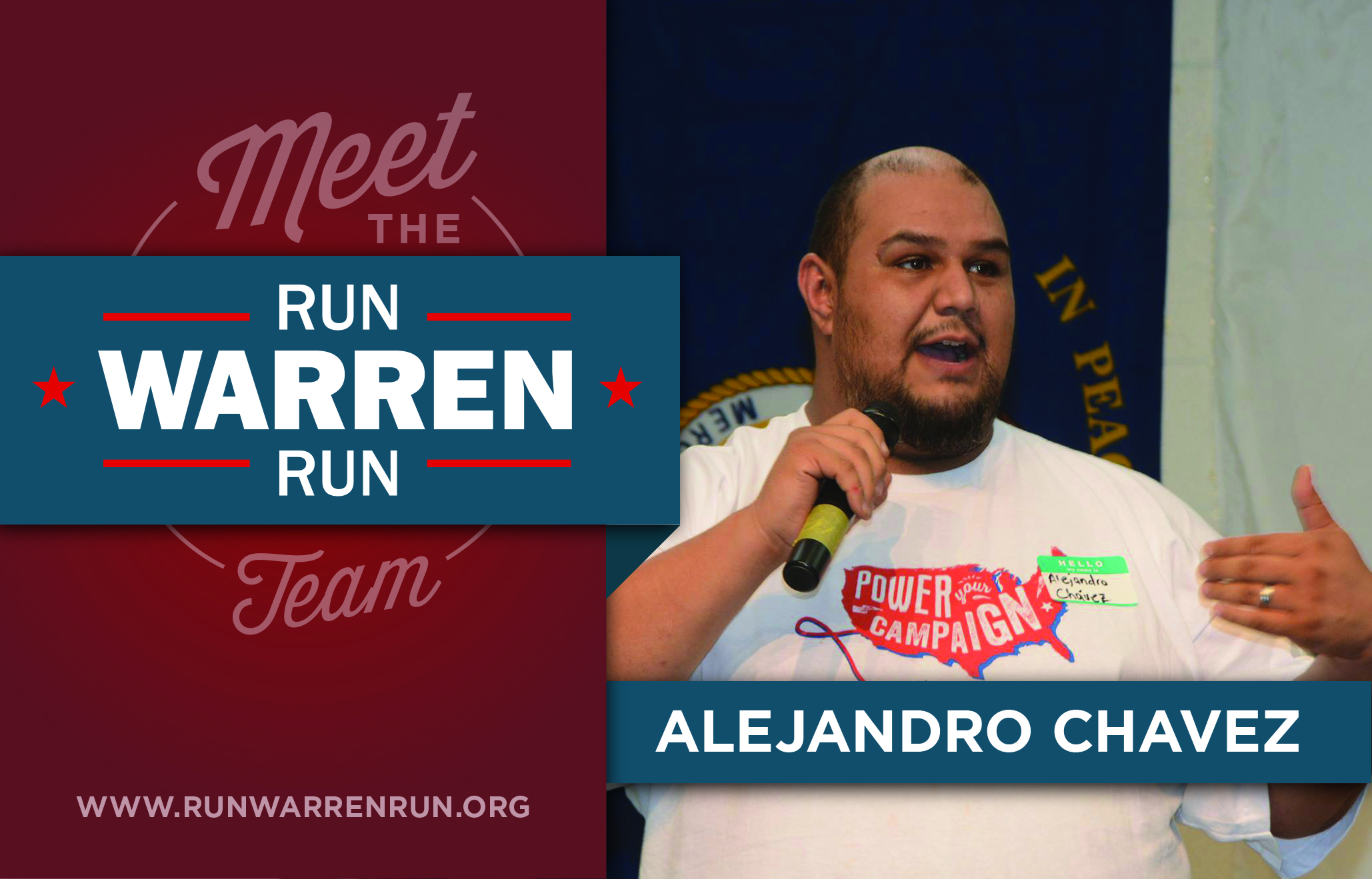 Few people get as excited about organizing for change as Alejandro Chavez, but to be fair it’s in his blood. As the grandson of the late Cesar Chavez, Alejandro has been fighting for important progressive causes since shortly after birth. Alejandro knows that it’s the people in the streets, at events, writing letters, knocking on doors, who really create change. As a field organizer, every day Alejandro gets to empower people to do just that.

I got to sit down with Alejandro as part of the “Meet the Team” series on the Run Warren Run blog. Check out what he had to say below.

P.S. I remember getting an email from Alejandro on a rough day. It said, “¡Sí, se puede!” That means “yes we can!” 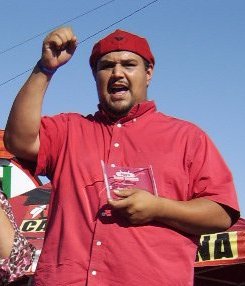 Trying to pick a favorite thing about Elizabeth Warren is like trying to pick the coolest thing about a superhero. Their whole recipe makes them awesome. But I suppose I love the way she does not hide in an office or in some back room in DC saying she’s behind the scene fighting for us. She is very public about fighting the Wall Street banks. She does it in the open and with pride.

What do you do on the team?

Besides be the team self appointed “Director of Fun,” I am also a campaigner helping to run the national field program for the Run Warren Run campaign. I work with members across the country to start up Run Warren Run councils in their community so they can take collective action and give Warren the support she needs to get in the race for president.

What issue facing our country is most important to you, personally?

For-profit prisons are my biggest issue. They use their money and political influence to pass laws that disproportionately discriminate against people of color and poor people. It’s those same people who wind up in their prisons. It’s a vicious circle that is about profit, not people.

What is something that everyone should know about you?

I did my first union meeting leafletting at 6 years old. I was fortunate to grow up in a family that believed in community organizing and serving the community. My grandfather was Cesar E. Chavez, a civil rights leader and union organizer.