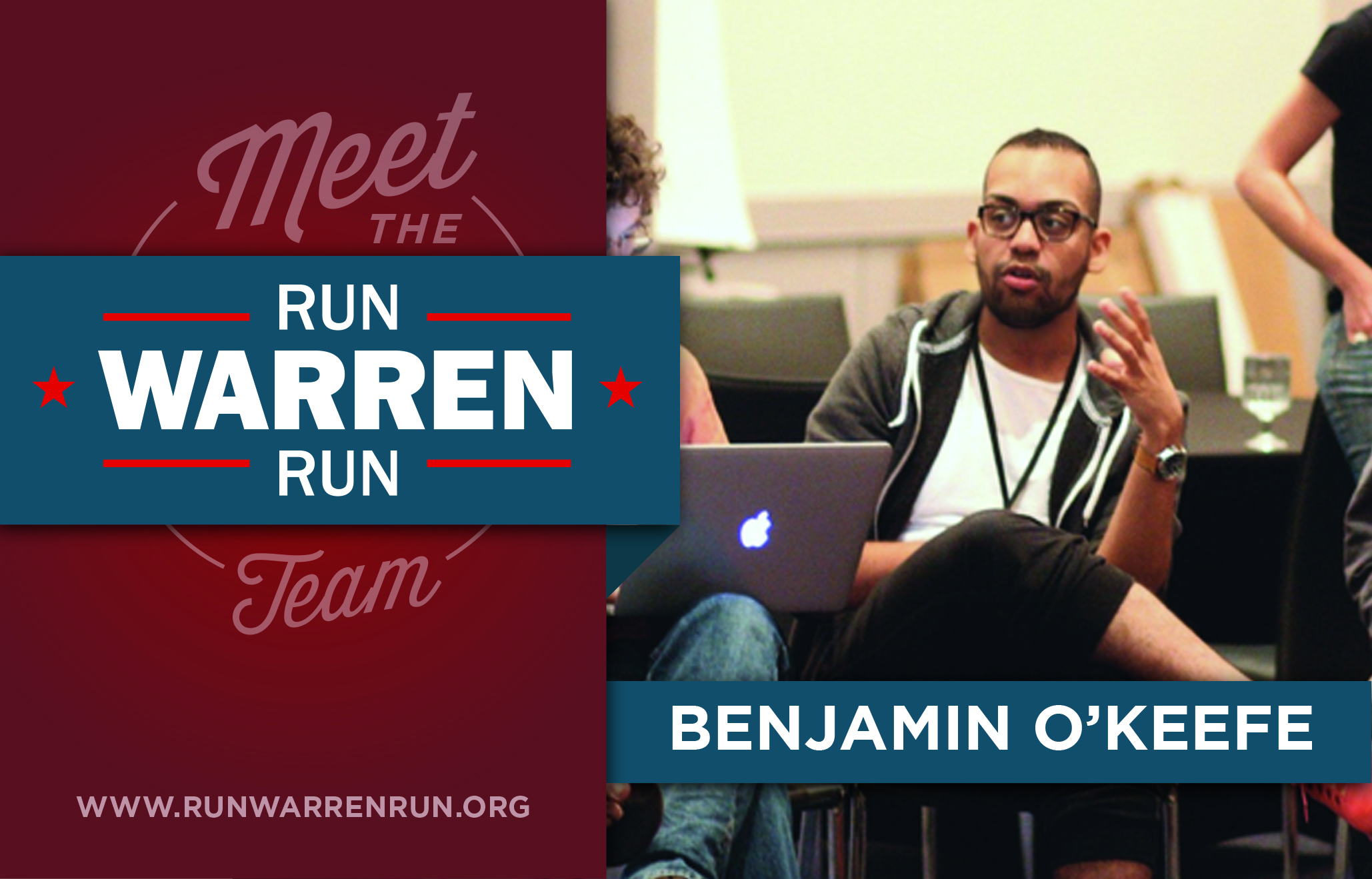 Hi! I’m Ben O’Keefe, the new community manager for the #RunWarrenRun Campaign. I have to say that my new job is pretty great. Here’s a quick rundown: Throughout the duration of our draft Elizabeth Warren efforts, I will be your authority on all things #RunWarrenRun. I’ll be giving you updates on what we’re working on, introducing you to Run Warren Run supporters and staff, and most importantly, talking with all of you.

We’re going to be seeing a lot of each other, so I figured it would be fun to share a little bit about me. I sat down for the quick interview below. Check it out. 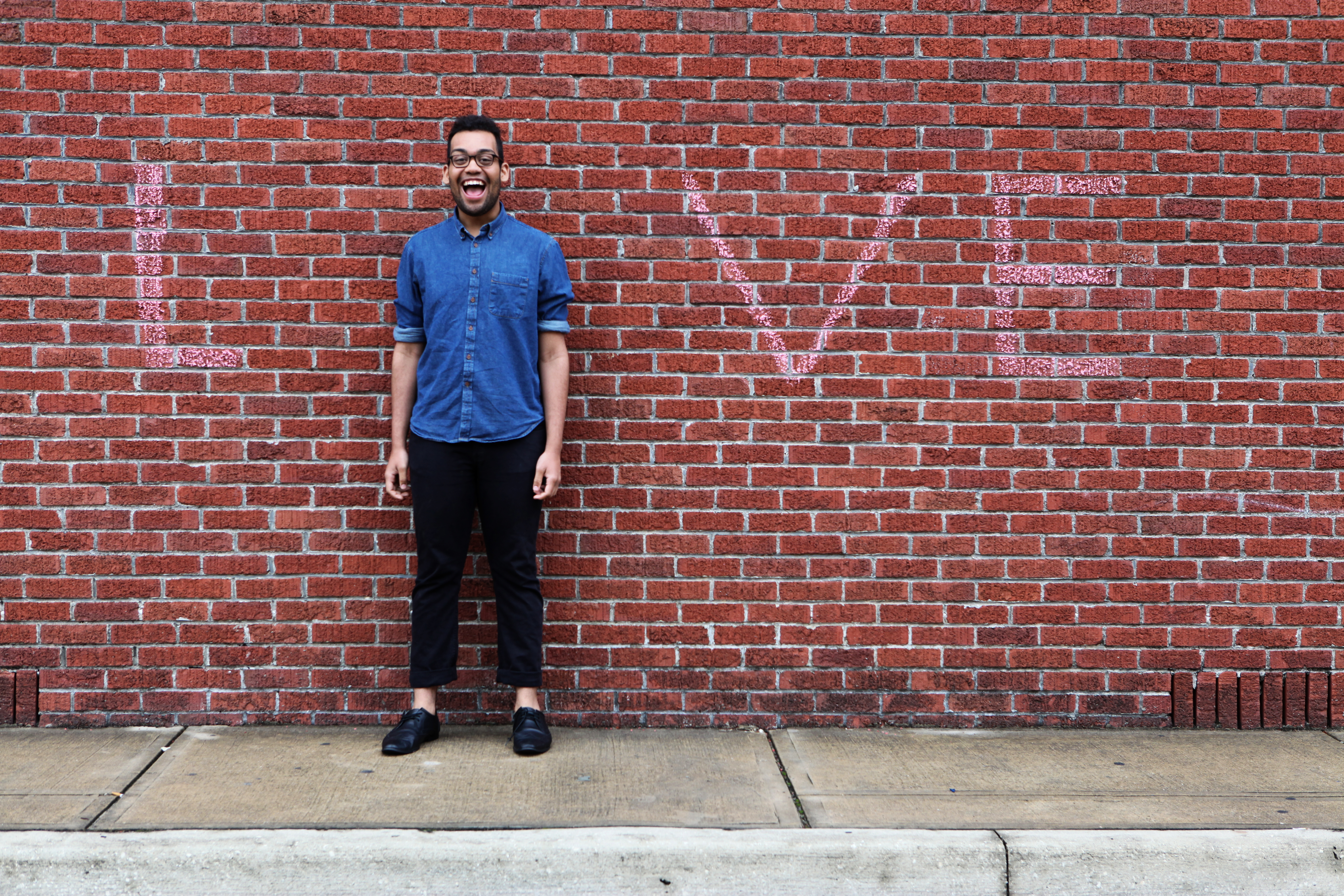 Great question! Elizabeth Warren’s story has always really stood out to me. Like her, I grew up on the “ragged edges of the middle class,” as she puts it, with a single mom and a lot of challenges. But I was able to overcome them and beat the odds–in the same way Senator Warren did before me.

When I first saw Elizabeth Warren speak, it was as though she was talking directly to me. What I didn’t fully understand at the time is that her story is actually the story of million of Americans. That’s who Elizabeth Warren is fighting for–the average American, not the Wall Street bankers or big business, but regular, hard-working Americans who just want a fair shot. So I guess that you could say that my favorite thing about Elizabeth Warren is her story, and how she is using it to create change.

Well, one of the things that I do is this. In this role, I will manage the Run Warren Run blog to keep readers  up to date on all things Run Warren Run. I’m going to be sharing the latest news—and I’m even more excited about sharing the stories of some of the hundreds of thousands of people who have already joined this campaign. Everyone has a reason why they are excited to get Elizabeth Warren into the presidential race, and I’m excited to share their reasons with you!”

4. What issue facing our country is most important to you, personally?

That’s a tough question! I think that I will have to go with income inequality. It’s an issue that plays into so many other issues. Right now the system is rigged. If you come from money or you work for a company with lobbyists and lawyers to fight for you in Washington, then you’re fine. If not … good luck.

It shocked me the first time that I visited Washington, D.C. Here I was in a city filled with “Fat Cats” driving fancy cars and influencing our government, and right outside the city limits were everyday people struggling to feed their families and pay their rent. It’s not right.

In a world where the richest 1% control nearly 46% of the wealth, there’s no reason that someone working 40 hours a week at Walmart can’t afford to pay their bills. It’s wrong, and we need people who aren’t afraid to stand up and say it’s wrong, representing us in Washington.

5. What is something that everyone should know about you?

Something that everyone should know about me? Let’s see … I’m very tall, I’m slightly obsessed with Beyoncé, and I love to make people laugh. I don’t know if people should know that about me actually–but, oh well, now they do.