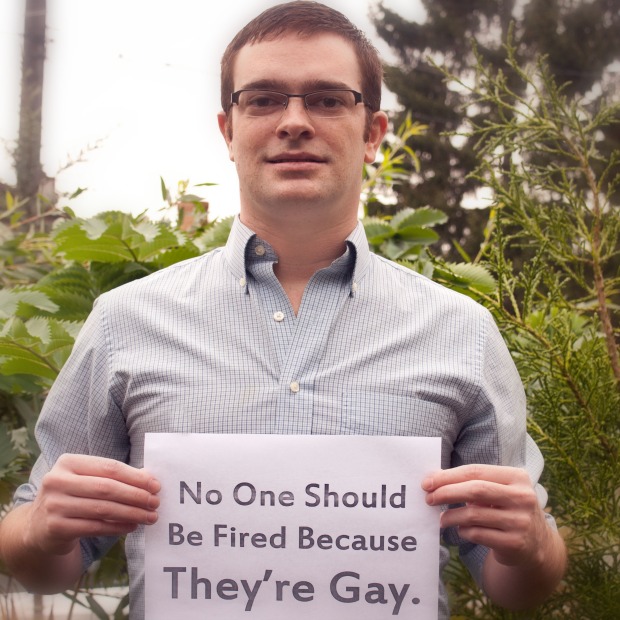 As marriage equality gains ground across the country, it’s hard to believe that in nearly 30 states, you can still be fired for being gay. But it’s true.

“As we move forward, [LGBT] people will be able to get married and the very next day, just by going to their HR office and saying, ‘I want to add my spouse to my insurance,’ they can be fired,” explains MoveOn member Brad Delaney. “You can get married one day and fired the next, just for marrying the person you love.”

Delaney is a gay Seattle resident and long-time LGBT rights advocate fighting to end workplace discrimination against LGBT people. He worked on the successful Washington United for Marriage campaign and currently serves on the board of directors for LGBTQ Allyship while studying communications and media at the University of Washington.

“I’m from Memphis, Tennessee, which is one of the 29 states where LGBT employees are not protected,” he says. “And there’s 17 states where transgender people are protected [from being fired, denied a promotion, etc.], but 33 where they’re not. So we have a problem.”

To remedy that problem, Delaney started a MoveOn petition to Congress asking them to pass Senate bill S. 815, the Employment Nondiscrimination Act (ENDA). 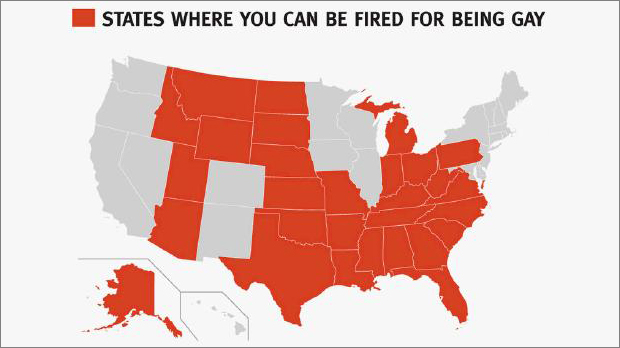 His cause is particularly timely in light of recent events. “On Monday, Senate majority leader Harry Reid went on the record and said, ‘We’re going to take up this legislation in the Senate before Thanksgiving,'” Delaney notes. “Studies say, right now, Americans support protections for LGBT people in the workplace across the board.”

“Employment non-discrimination has been talked about and proposed on the floor of the Senate and the House since the ‘70s,” Delaney continues. “The most recent iteration of [the legislation] was brought to a vote about 10 years ago but excluded transgender people. The most recent iteration that is now in the Senate includes not only sexual orientation but also protections for transgender people,” he explains. “It actually passed the House in 2007 and then it hit a roadblock in the Senate. And now we have the votes to pass it in the Senate.”

Then things get personal. “I’ve had friends who’ve been fired for who they are,” he adds. “My friend is a radio host in New Jersey, and she went in to talk to her boss and explain that she’d be transitioning, and they [fired her]. Happens every day, all across the United States.”

His petition already has more than 1,500 signatures. I ask him what advice he’d give others seeking to start a petition.

“You have about 30 seconds to capture your audience’s attention,” he answers. “I would start by telling a story. And be brief — stick to just one paragraph. Then explain how you’ve been affected by [the issue], and how they can help change things.”

How can those of us who’ve signed the petition keep the momentum going?

“Write letters to the editor,” Delaney says. “Please, please, please post on Facebook and Twitter. Social media really helps petitions take off. Email it to your friends. Go and talk to your local legislator.”

Thanks, Brad! We’ll be watching the Senate closely to see how this one turns out. Sign the petition to show your support for LGBT people in the workplace!