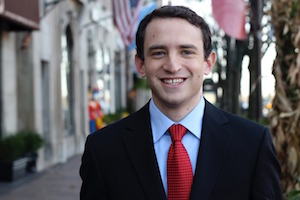 Ilya Sheyman is the former Executive Director of MoveOn Political Action, whose millions of members across the country organize together to make this country a place where everyone can thrive—and to elect candidates who are committed to standing up for an inclusive, progressive agenda. He left the role in 2019.

Ilya led issue advocacy, mobilization, and electoral campaigns at MoveOn beginning in 2009, including helping to pass the Affordable Care Act, defending Pres. Obama’s diplomatic agreement with Iran, launching an effort to draft Elizabeth Warren for the presidency, boosting Bernie Sanders’ remarkable presidential run, and working to defeat Donald Trump. Under the Trump Administration, MoveOn emerged as a pillar of the vibrant Resistance movement.

Working closely with MoveOn Civic Action’s then-Executive Director, Anna Galland, he oversaw MoveOn’s growth and development—tripling MoveOn’s budget and base of monthly donors, growing its grassroots membership and reach, modernizing technology and operations, and launching innovative new programs to harness technology and people-power, including a VideoLab that drove more than 300 million views to original progressive content.

A first-generation immigrant, Ilya arrived in America with his family in 1991 as a Jewish refugee from the former Soviet Union. Ilya got his start as a community organizer for the education advocacy group A+ Illinois, building coalitions to improve the quality and funding of public schools in Chicago’s northern suburbs. Ilya previously ran for Congress in a Democratic Primary in Illinois’ 10th District where he garnered nearly 40 percent of the vote in a four way race, earning national attention.