If GOPers Were ‘Simpsons’ Characters

Sometimes it just feels like GOPers are a bunch of caricatures of themselves. Wait—are they? Take a look at this abbreviated list. For the full slideshow, go here: http://www.huffingtonpost.com/2011/06/17/if-gop-candidates-were-simpsons-characters_n_878800.html 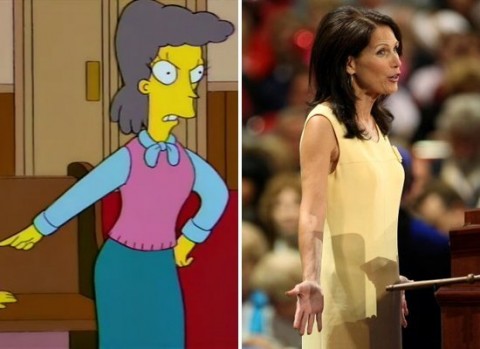 Helen Lovejoy as Michele Bachmann: “God has called upon me to take in all 23 of you lucky children! Wait, none of you are gay, right?” 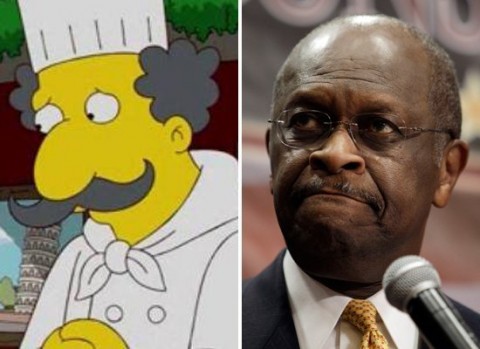 Luigi Risotto as Herman Cain: Both made names for themselves in the wide world of Italian food: Luigi as the server on the Hollywood Foreign Press Association, and Cain as the CEO of Godfather’s Pizza. Surely that qualifies both of them to become president [insert sarcasm here]. 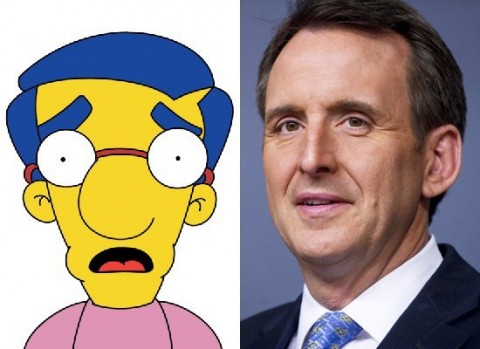 Milhouse Van Houten as Tim Pawlenty: Who has less personality? It’s a toss-up. Pawlenty does still go by “T-Paw” when he’s “chillin'” with his “bros” and “home slices.” Or when he’s getting beat up by Bart Simpson. 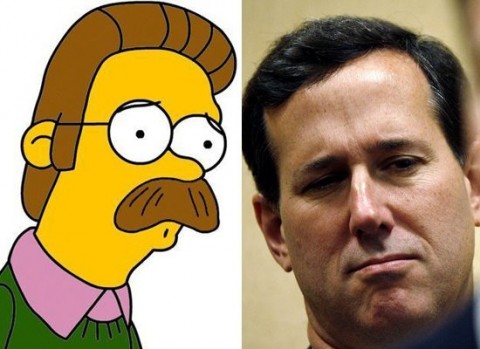 Ned Flanders as Rick Santorum: Both are Bible-thumpers, but in very different ways. In fact, Rick has a lot to learn from Ned, who is at least tolerant of others who aren’t just like him and Maude. 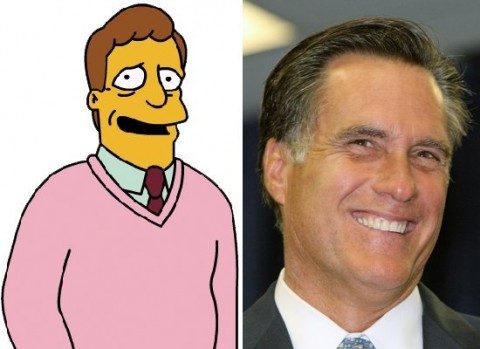 Troy McClure as Mitt Romney: A washed-up B actor who marries Selma Bouvier in an attempt at a comeback? Sounds like something Romney, who recently joked with Floridians that “I, too, am unemployed,” might do.