In case you missed it: Last week, MoveOn.org Civic Action Executive Director Anna Galland took to the popular progressive forum DailyKos.com to make the case for Run Warren Run. Since December, hundreds of thousands of Americans from the across the country have come together to ask Senator Elizabeth Warren to bring her progressive ideals to the main stage by joining the 2016 presidential race.

Our campaign is breaking new ground—many of the most important fights do—and with that has come a number of questions, some of which Anna answered in her DailyKos diary post.

Check out a blurb below and then be sure to read the full post on DailyKos. 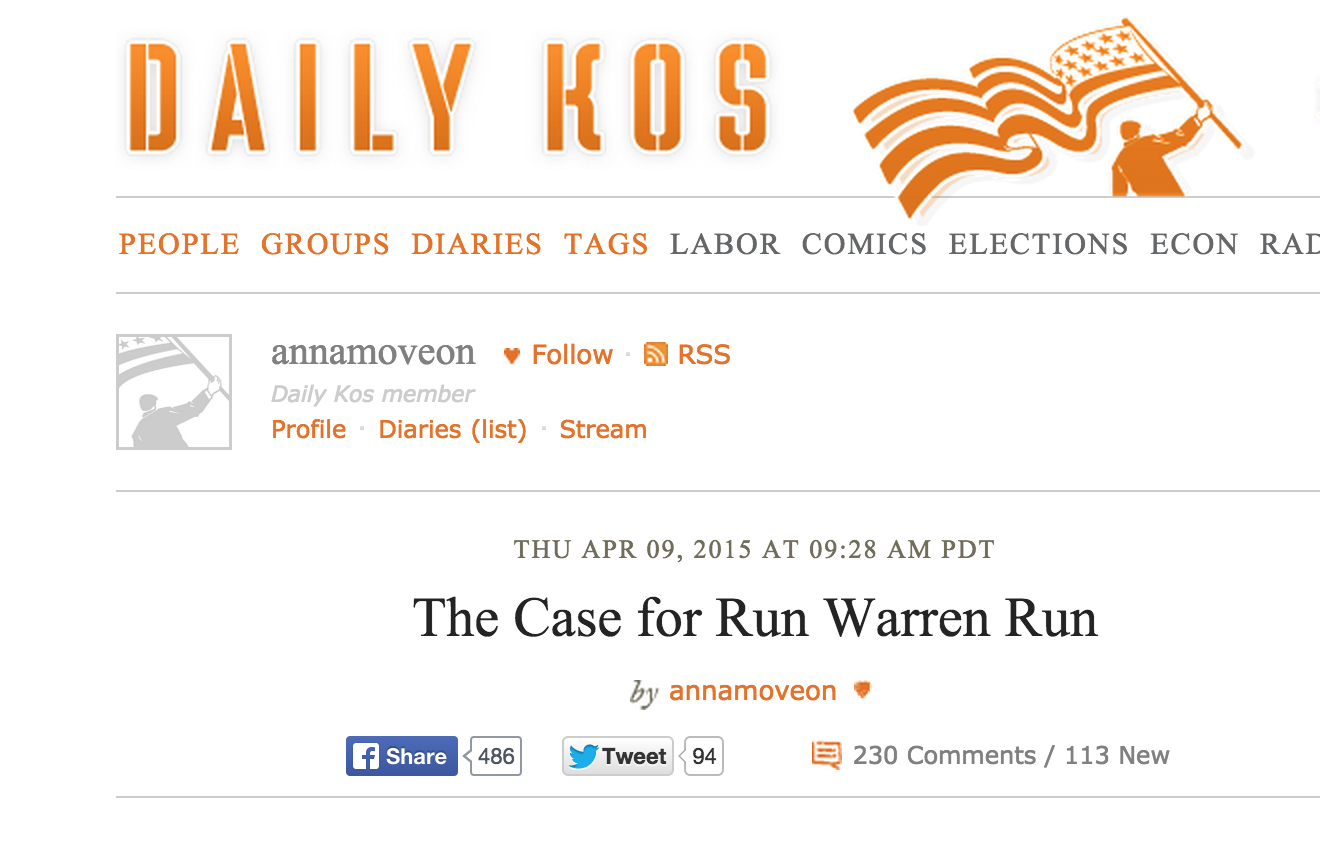 MoveOn is member-led. In the wake of the 2014 elections, we were hearing from an increasing numbers of MoveOn members that they were ready to turn to 2016 and to help shape the race. We posed the question to our membership: Should we launch a campaign encouraging Senator Warren to enter the presidential race? More than 81 percent of votes came back saying, “Hell yes!” (OK, the ballots themselves actually just said “Yes,” but that was the tone of the comments folks sent in along with their votes.)

Some prominent, thoughtful progressives—including Markos, who is a strong supporter of Elizabeth Warren’s leadership in the Senate—have had a different take. In a piece last year, he outlined reasons why some folks think Senator Warren should stay out of the presidential contest.

I have a different take. I believe that Senator Warren should run, that she would be a viable candidate, and that the progressive movement, the Democratic Party, and our country would be better with her in the race. And I believe that regardless of whether she ultimately decides to run, our Run Warren Run effort is building progressive power and is good for the movement.