Earlier this week, Senator Chuck Grassley sat down for a breakfast meeting with President Obama’s Supreme Court nominee, Merrick Garland, simply to reiterate his opposition to Merrick Garland (awkward). At this meeting, Sen. Grassley regurgitated Republican talking points that have no basis in the Constitution or reality. Here are the 7 things Senator Grassley actually meant to say:

Here are the 7 things Sen. Grassley probably meant to say:

1. President Obama is only allowed to be President for 7 years. 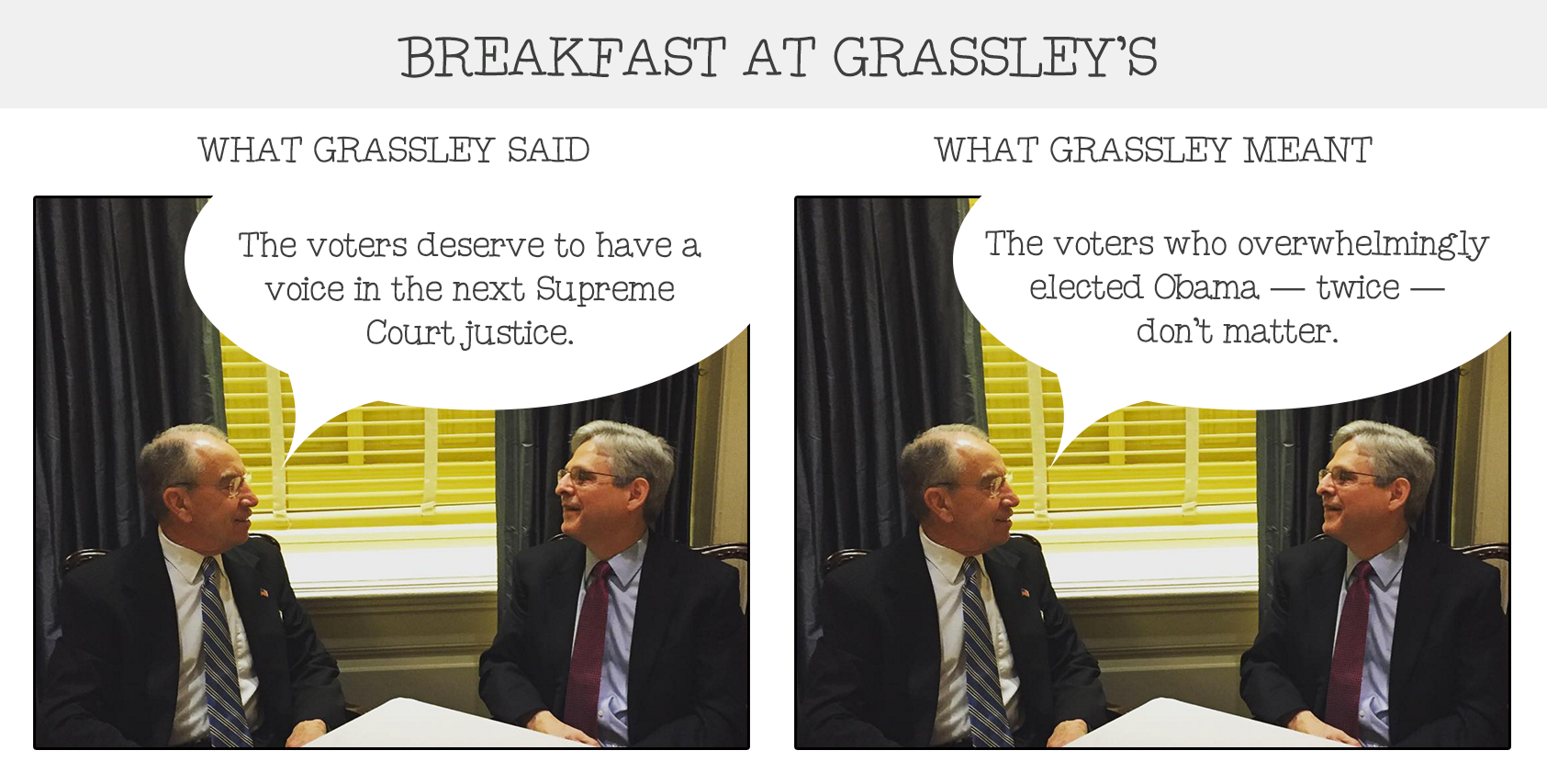 2. What’s the Constitution got to do with this? 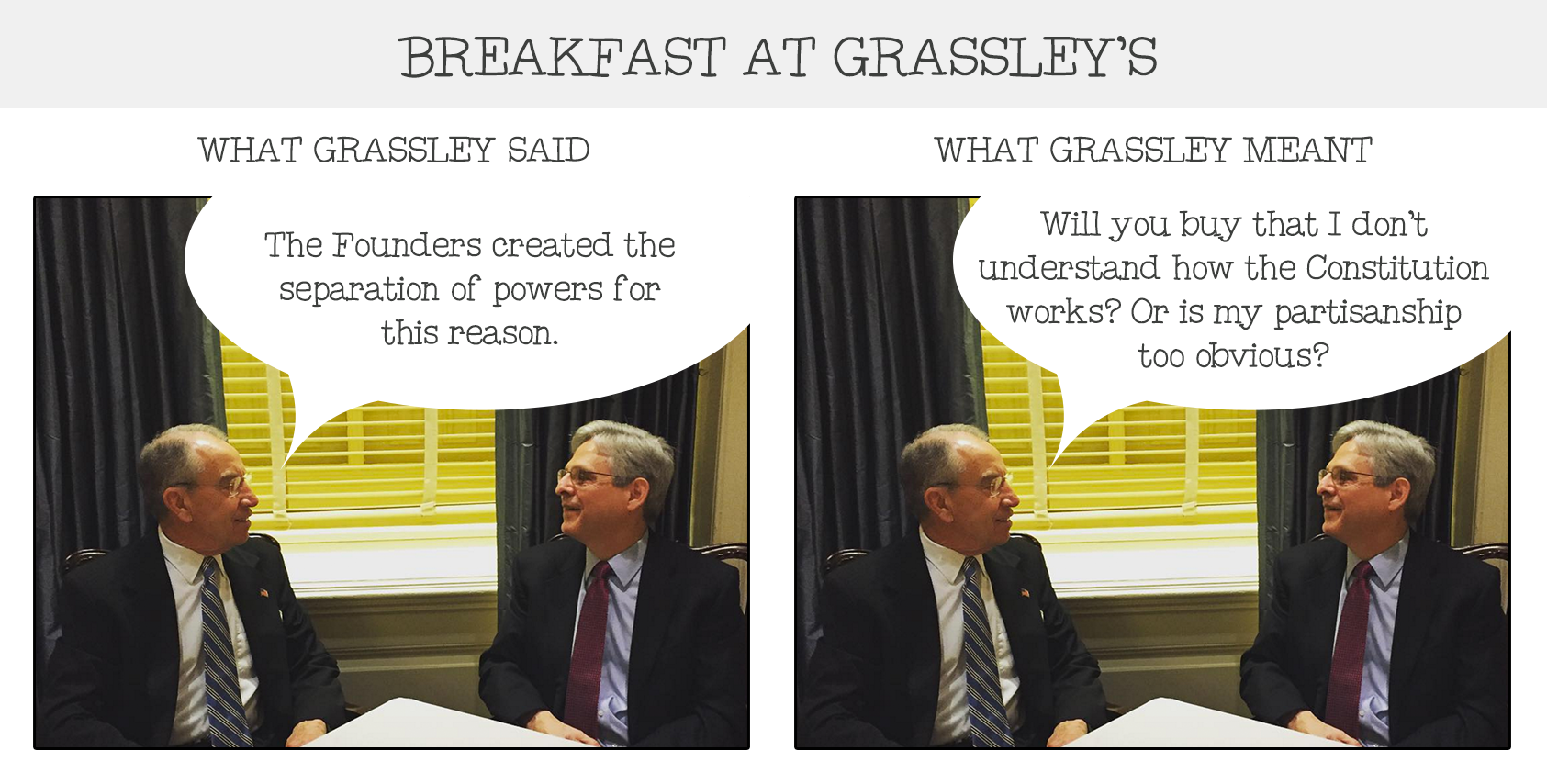 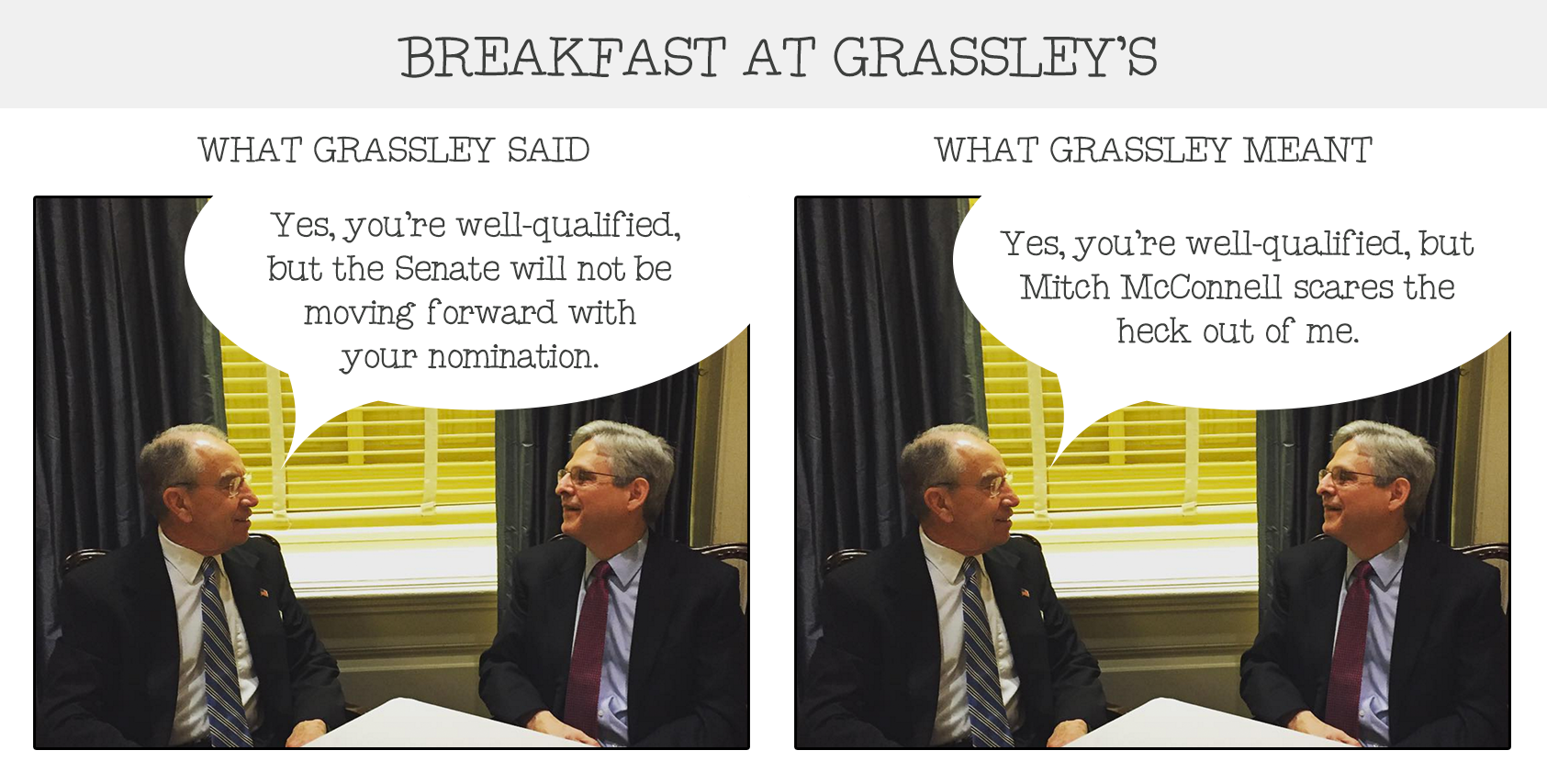 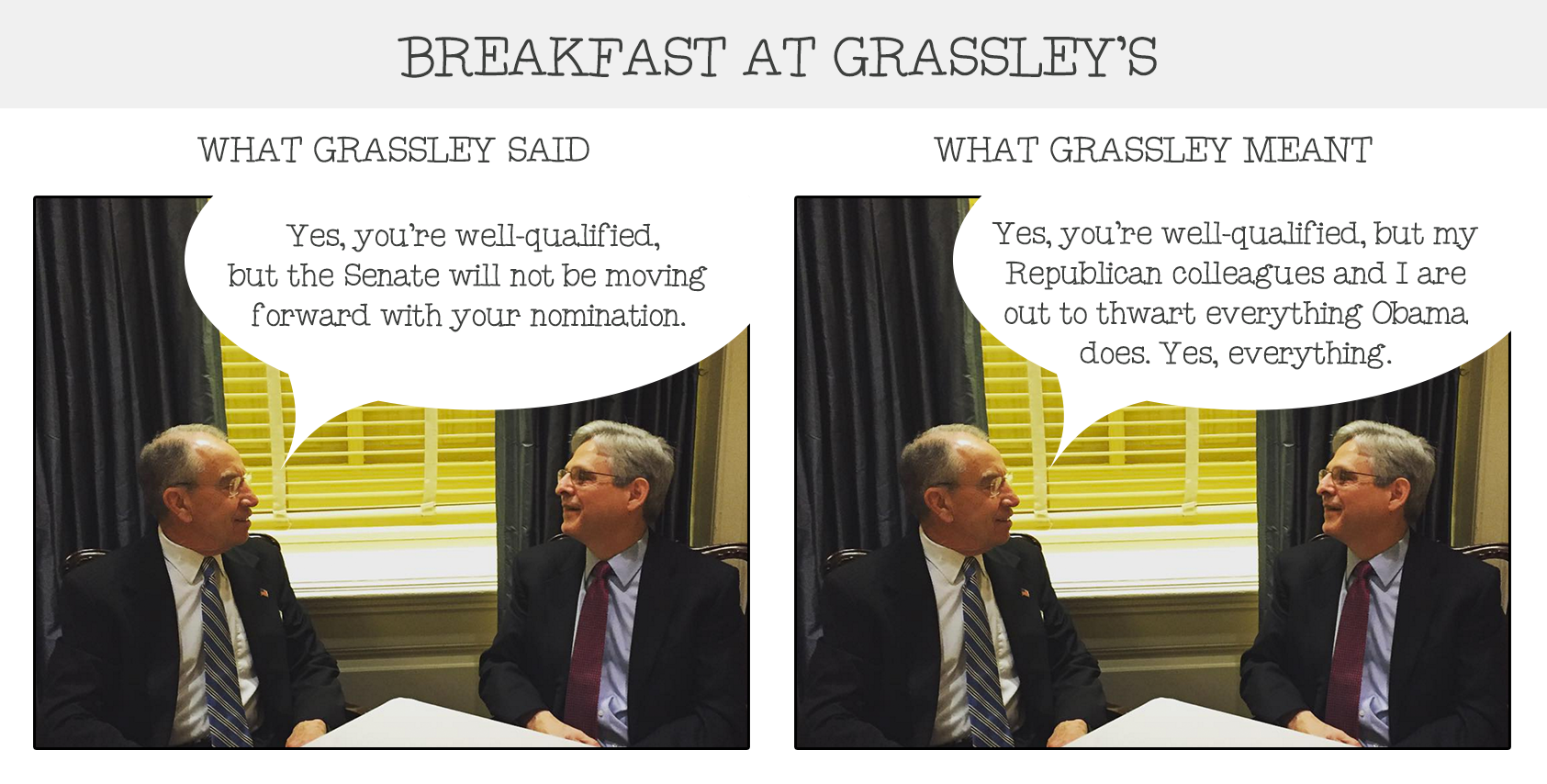 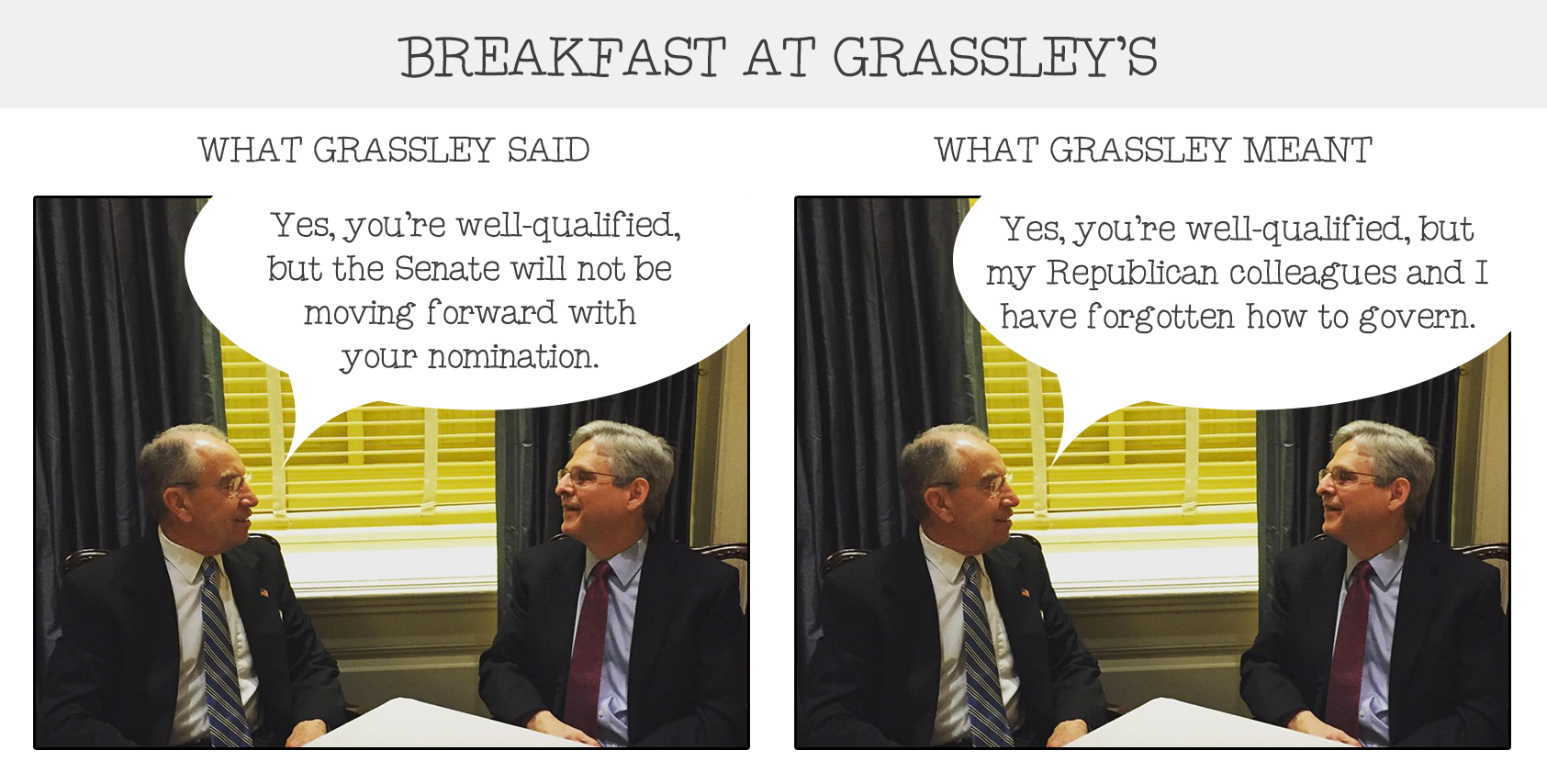 6. Seriously, party over country. Is that not clear? 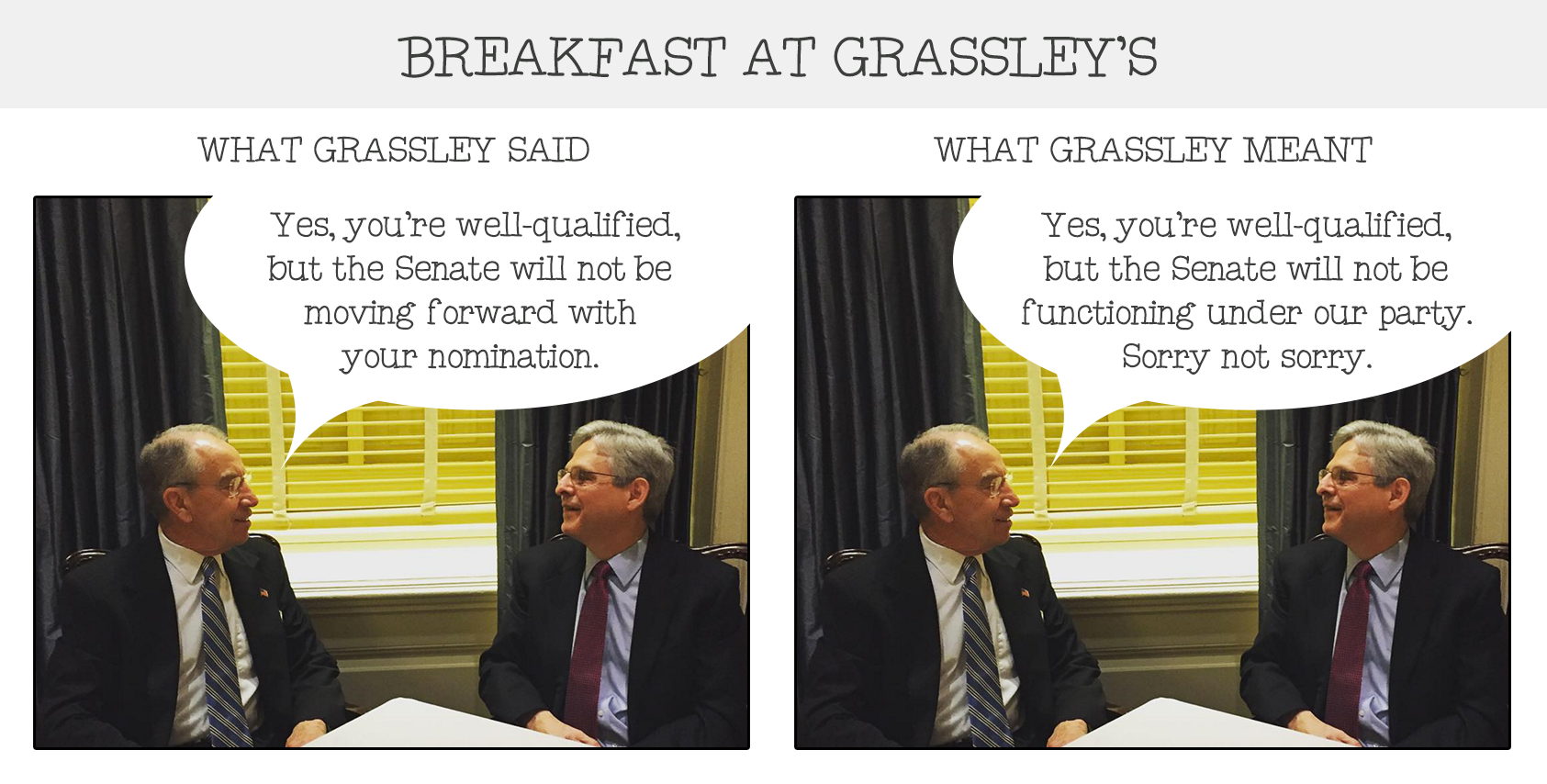 7. Well, at least he’s listening to something. 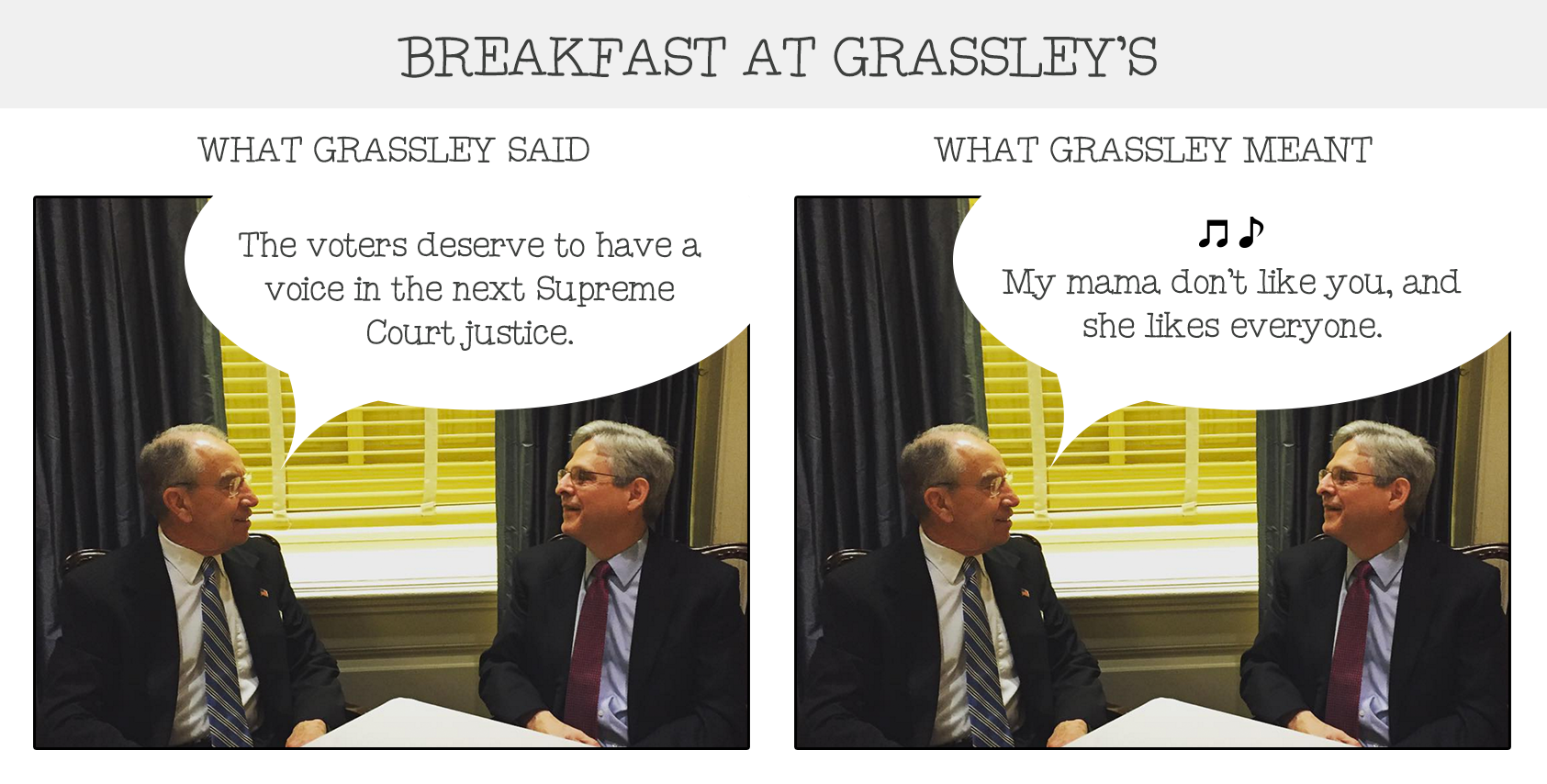 The fact of the matter is, leaving the seat on the Supreme Court vacant would create uncertainty, cause real harm to countless Americans, and abdicate the Senate’s job under our Constitution to give fair consideration to Supreme Court nominees. And deep down, we think Sen. Grassley knows this.