The results are in and Chicago MoveOn members have voted decisively to endorse Jesús “Chuy” García for Mayor of Chicago ahead of the February 24 election! 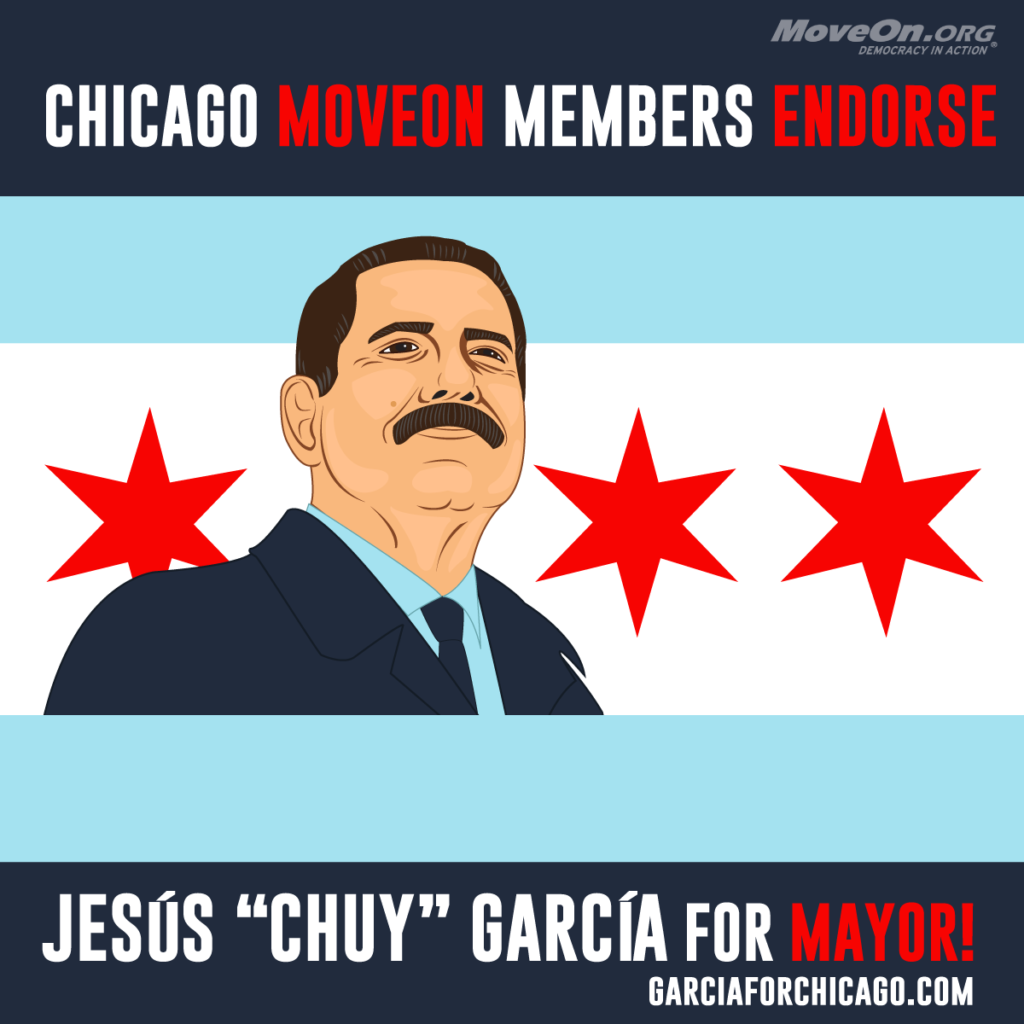 Rahm Emanuel has been one of the most divisive and destructive mayors in Chicago history. He’s attacked teachers, closed community schools across the city, and used his office to privatize public resources and enrich the wealthy donors behind his campaign. Just this week Emanuel continued to stand by his corrupt, hand-picked school board member Deborah Quazzo, even after it was revealed that she directed millions in public funds to companies she’s invested in.

Chicagoans are ready for a change. Polling throughout the year has shown Emanuel in deep trouble, and well under the 50% he’ll need to avoid an April 7 runoff election. He’s going to try and buy his way back into office with the millions he’s raised, but Chuy García has already proven that he can build the kind of diverse progressive coalition that’s needed to win in Chicago. Decades ago, García worked with Harold Washington to build a movement that took back City Hall from the corrupt machine politics that dominated it for so long. Now it’s up to all of us to carry that legacy forward and join this campaign to build a Chicago that serves all of the city and not just the wealthy and connected.

He is an honest and committed progressive community leader, has been a community organizer, but also has extensive government and political experience as alderman (under Harold Washington), state senator and county board member. His 30-year+ record speaks for itself. He is just what Chicago needs to get out of government-for-the-1% it is now. Let’s get our city back.—Joanna B.

Chuy García, will be a mayor for everyone in Chicago, not just the rich people. He respects the value of our public institutions, including our public schools, and won’t spend his time trying to sell our city to the highest bidder. —Faith S.

Chuy García is truly interested in all residents—young and old; black, Latino and white; northside, west and southside. He has experience working in city government, supports public education and services, and is not interested in making money a career, or creating power for him..—Jesus R.