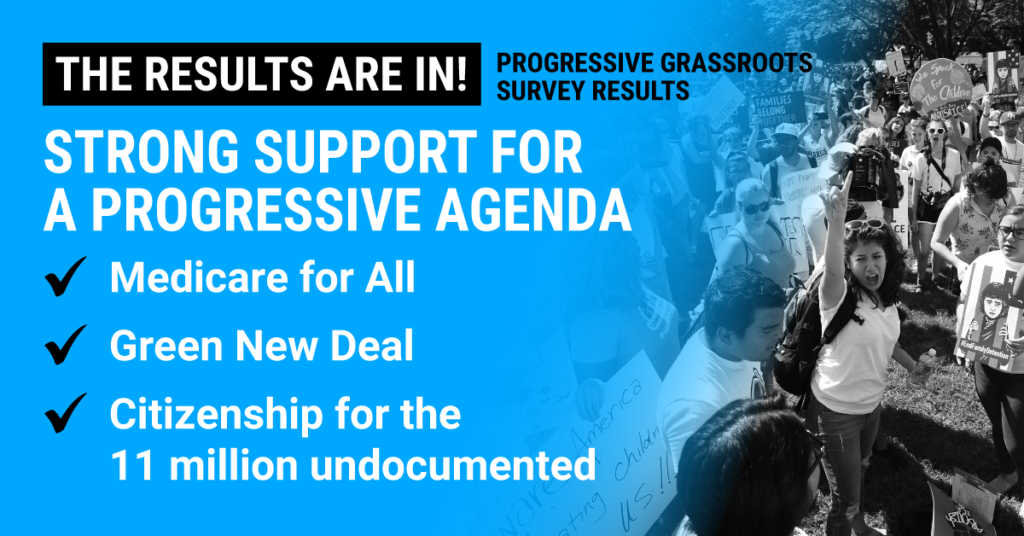 Progressives around the country strongly urge the 2020 candidates to take bold and fearless stances on several policy issues from immigration to a Green New Deal to Medicare for All.

The results are in!

In recent weeks, MoveOn sent a 2020 National Presidential Survey to tens of thousands of MoveOn members and other progressives around the country as part of a direct mail fundraiser. Because the survey was part of a direct mail fundraiser, it is not representative of the broader MoveOn membership. The survey was an opportunity for MoveOn members and other progressives to share what they expect from our leaders. Covering a broad range of issues, from big money in politics to the climate crisis to gun control, the results of the survey are detailed below.

Here’s what’s clear: grassroots progressives expect our elected officials to take bold and fearless positions that uphold and enact the values that will make our country work for all of us.

Donald Trump has escalated his all-out attack on immigrant communities and people seeking asylum—increasing brutal deportations, separating families, demanding more funding for deportation agencies ICE and CBP, and more. But MoveOn members and other progressives want entirely different immigration policies from the next president. When asked to select the policies they expect the presidential candidate of their choice to embrace, this is what survey respondents said: 92% want to keep families together, 87% support passing the DREAM Act, 83% want a roadmap to citizenship for 11 million undocumented immigrants, 82% oppose a physical border wall, 78% want to defund Trump’s deportation machine, and 63% support decriminalizing border crossings.

Finally, almost all respondents–92%–said they would never support a candidate who backed a ban on members of any religious, ethnic, or minority group. 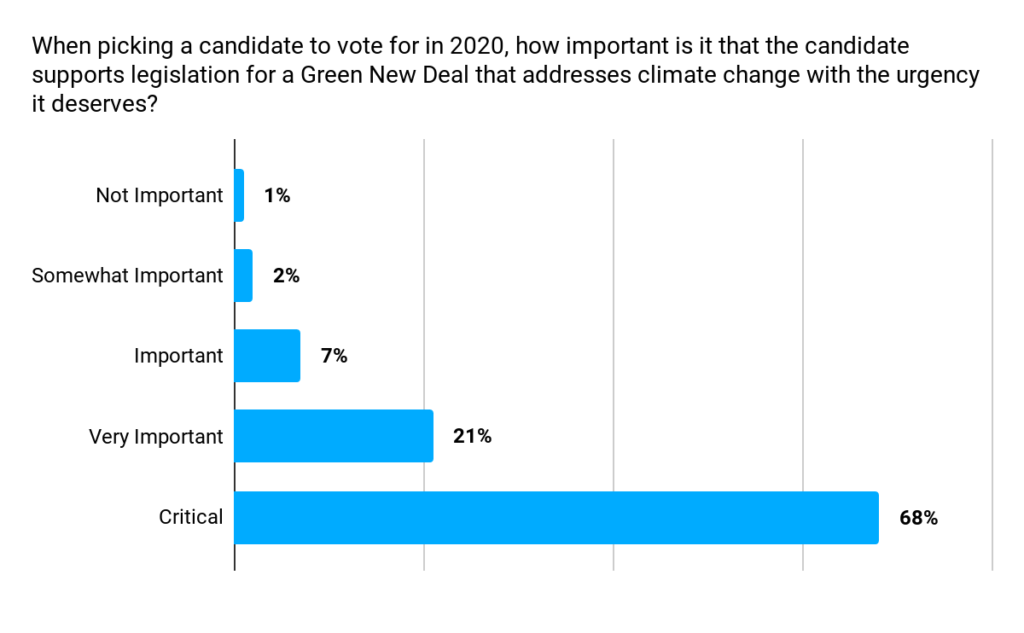 The fact is that unless dark money from the likes of the Koch brothers, Big Oil, the fossil fuel industry, Big Pharma, and others is eliminated from politics, our elected officials will never truly be representing their constituents.That’s why 91% of survey respondents said they would require that their choice for presidential nominee in 2020 support overturning Citizens United through a constitutional amendment to ban big, dark money in politics. 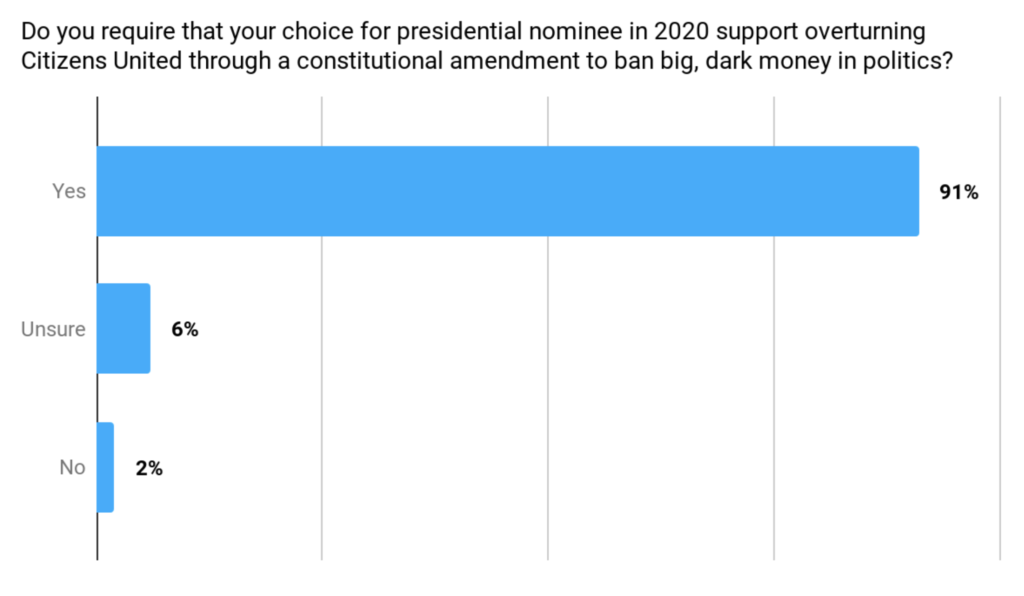 MoveOn members and progressives around the country are standing with young people in taking the fight directly to the NRA to break its stranglehold on American politics. 93% of respondents expect the 2020 presidential candidate to close the background check gun show loophole. 91% urge the 2020 presidential nominee to ban all assault weapons, 80% support requiring a gun registry, and 75% support community-based intervention programs.

At this very moment, the Trump administration is fighting to see that Obamacare is overturned, which would cause about 20 million people to lose their health coverage and millions more to lose hard-fought protections like coverage for pre-existing conditions. At the same time, state after state is moving aggressively to ban abortion specifically and undermine reproductive justice generally. 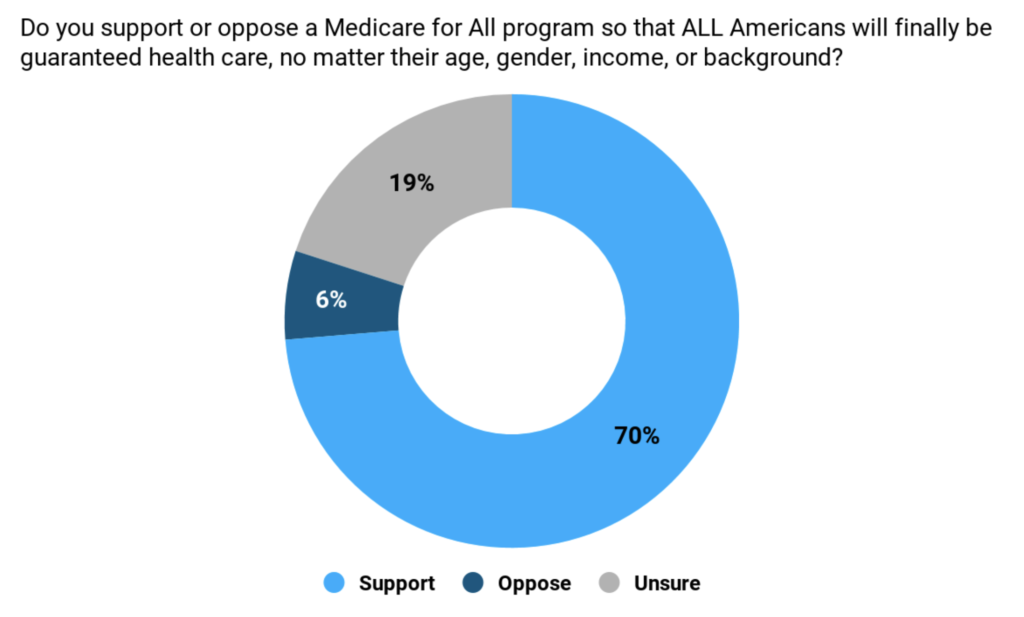 88% also said they believe the Democratic nominee for president must prioritize enabling reproductive freedom in their administration by taking action ranging from repealing the Hyde Amendment to nominating fair-minded Supreme Court justices.