1,000 people from all walks of life. Teenagers to retirees. From all 50 states. 40% are people of color. Over 70% are women. All took part in a 12-week organizing training and action program, learning how to be organizers and mobilizing to defend the Affordable Care Act, protect young immigrants from deportation, and hold members of Congress accountable.

A refresher: Resistance Summer has been our summer-long training program, with 1,000 MoveOn members in all 50 states learning how to organize and mobilize their communities to stand up and take action for progressive values.

These MoveOn Mobilizers just graduated and are ready to continue to organize for justice in their local communities, through the months and elections ahead.

The goal of Resistance Summer was both to win concrete victories this summer and increase the capacity of the Resistance for the long haul, looking beyond the short term (though resisting Trump in the here and now is paramount) to winning a redistribution of power within our communities in the long term.

Here’s some of what we accomplished. We:

Now, we’re going to keep building their organizing muscles with a new opportunity to take action where they live—this October, MoveOn members like you are organizing events at congressional offices nationwide to demand accountability from their elected officials.

Our organizers held events in almost every corner of the U.S.: 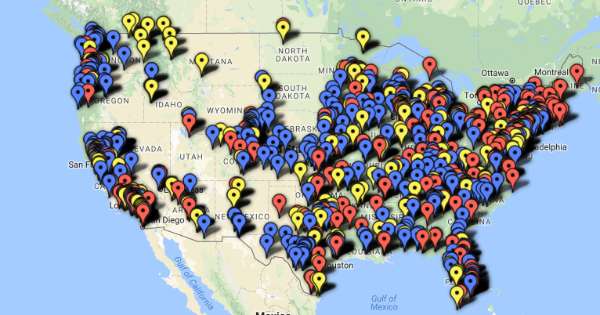 But it’s the stories we remember.

There were the organizers in Philadelphia who made their cookout a community Iftar near the end of Ramadan, with over 100 people — Muslim and non-Muslim —coming together in a show of solidarity with the local Muslim community.

And the organizers who canvassed Marco Rubio’s neighborhood and found that most of his neighbors support Medicare for All and didn’t know why their senator and neighbor didn’t support it as well.

And the organizers in North Carolina who couldn’t get their senator, Thom Tillis, to agree to an open, in-person town hall, so they held a “Missing: Senator Thom Tillis” event outside of his office instead, demanding that he answer questions on how he’d work to actively confront white supremacy after the events in Charlottesville.

Resistance Summer has helped change the world — our organizers are part of why millions of Americans haven’t had their health care cut for now, and why Medicare for All is on the lips of millions — and it’s definitely changed lives. Take it from the Resistance Summer alumni themselves:

“I entered this program feeling hopeless, frustrated, and afraid. I feel like now I am stronger because I realized there are ways we can change the world and keep America great. Solid, concrete actions are available, and I can help make them happen. So while I am still concerned about where our country is headed, I now feel like I have a chance to do something about it.” –Judy D., Newark, DE

“This program has given me the courage and confidence to keep going, keep organizing and mobilizing, and keep resisting.” –Melissa O., Willow Grove, PA

“Thank you for the training and experiences I’ve received this summer. I plan to keep moving on with my activism more confidently now that I’ve been through your training..” –Desiree M., Miami, FL

“I am more aware of what is coming out of Washington, how it affects me, and what I can try to do about it. I don’t have to just accept it.” –Jean C., Kirtland, OH

Or if the stories don’t do it for you, just look at some of these pictures from the summer: 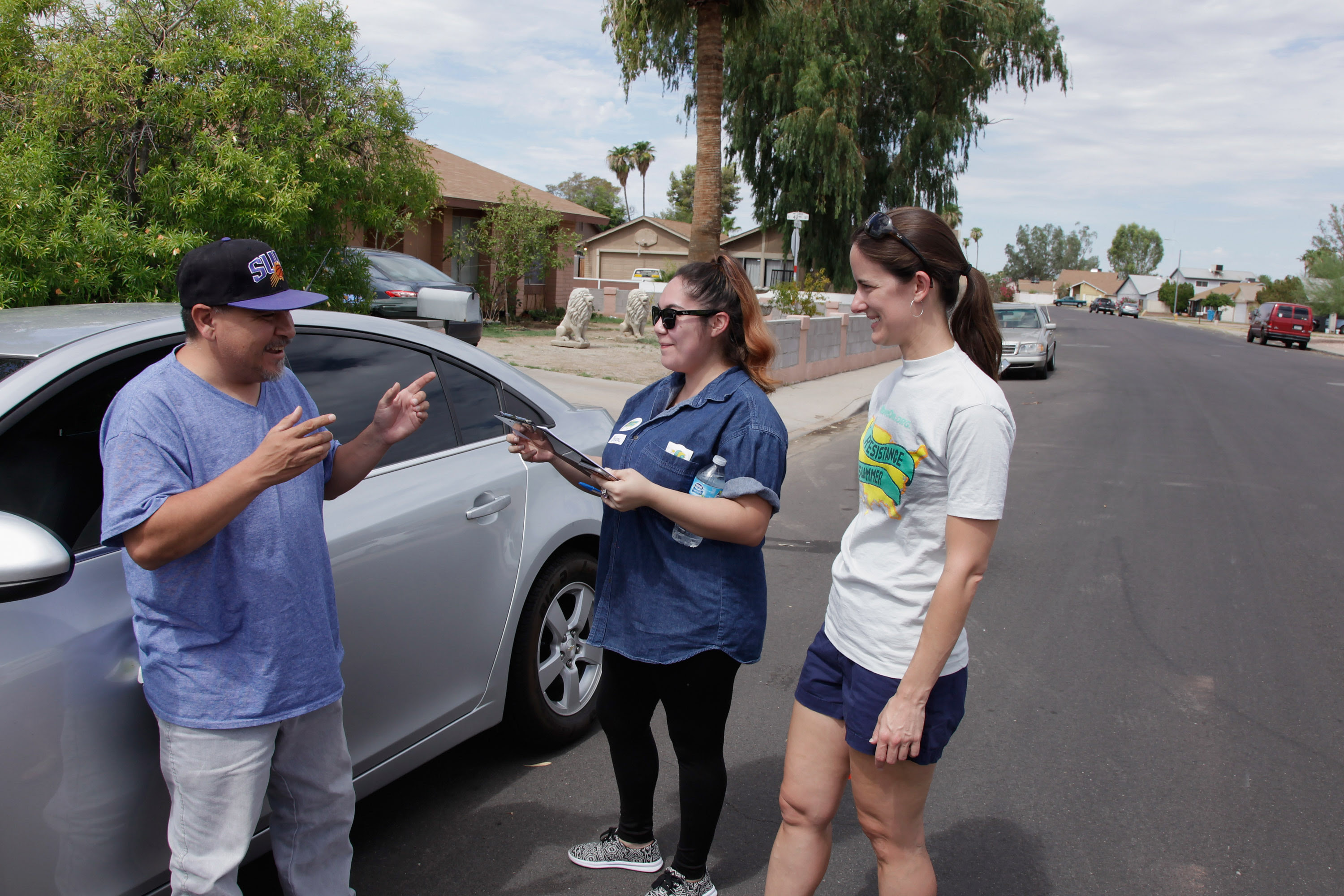 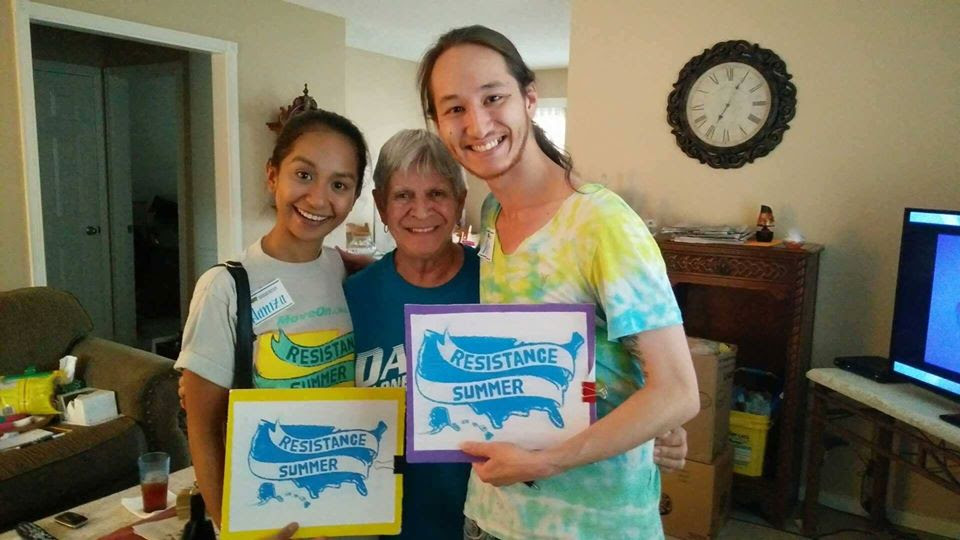 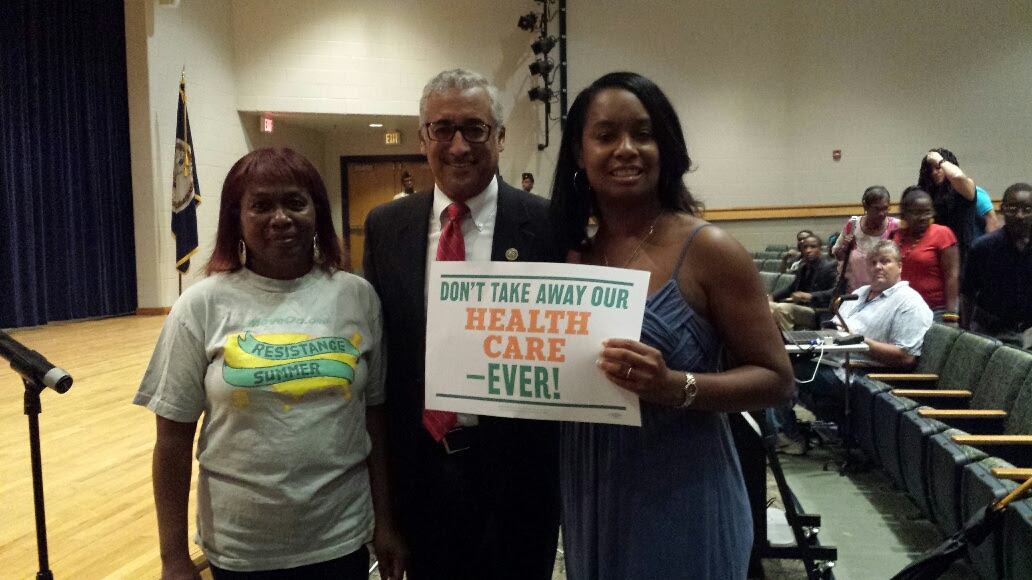 The progressive movement now has a 1,000-member-strong resource that it didn’t have three months ago. We’re highlighting the efforts of just a small slice of organizers, but expect to see big things from all of these new organizers in the months and years to come.

But perhaps even more importantly: We’re just getting started on training MoveOn members to organize where they live—and Resistance Summer is an exciting first chapter, not the whole story.

Because, as we said when we introduced Resistance Summer, we know that this work — and organizing in general — is a marathon. And the challenges ahead this year and moving forward—from defending Dreamers, to standing against the Muslim ban, to demanding environmental and climate justice for hurricane survivors, to shutting down a rush toward war in the Korean peninsula—are going to require sustainability.

P.S. Throughout the summer, organizers shared some of their favorite stories of events with us—like the People’s Town Hall that made cardboard cutouts of their absentee representatives and senators in the “Where’s Waldo?” outfit to “answer” questions from frustrated voters. Or the tiny conservative town where Mobilizers realized that virtually all of their neighbors support Medicare for All.

We’ve collected a few of those stories, alongside photos and videos from the summer, into a single webpage, at HowWeSpentOurSummerVacation.com. Click here to see some of the best moments from the summer. Here are a few additional snippets to whet your appetite:

“I am MUCH more comfortable being active and therefore, more likely to continue doing so even without the Resistance Summer structure under me. For instance, I quickly organized an event yesterday in response to the administration’s decision on DACA; it would never have entered my mind before to do that, and I wouldn’t have had a clue how to publicize it.”–Melissa F., Long Lake, MN

“I don’t know if Resistance Summer changed me, so much as allowed me to access parts of myself that were dormant since the election or that I did not engage with because of my day job, personal life, and feeling of being paralyzed into inaction. It gave me the boost I needed to get back into THE WORK.” –Jessica S., Silver Spring, MD

“We need to get offline, come together, and continue listening to each other face-to-face. I enjoyed the face-to-face contact and listening to other Idahoans. It is up to us to continue fighting for our kids—and I will take what I learned this summer and keep going full force.” –Megan G., Boise, ID