Yikes! Why is Republican Speaker of the House John Boehner serving President Barack Obama a burger made of rotten meat?

Has Newt Gingrich gone off the deep end?

Look what a little birdie found.

Maddow: ‘Republican Politics Are So Old-School, It’s Like A Time Machine’

Ann Coulter: ‘Radiation Is Good For You’

Has conservative columnist Ann Coulter been exposed to too much radiation lately? Sure sounds like it.

Is Randy Hopper The Worst Wisconsin State Senator Ever?

Quite simply put: Yes. Why? Because he’s living out-of-district with his 26-year-old mistress.

Quickly! We Must Defund NPR’s ‘Car Talk’ Before We Sink Into A Deeper Depression!

Rep. Anthony Weiner (D-NY) recently uncovered some shocking news: Click and Clack, those damn Car Talk guys with their Boston accents and their informative solutions on how to fix cars, are in fact causing the budget crisis.

How can Republicans bring the Black community’s abortion rates into their pro-life arguments? By equating abortion with slavery, of course.

At a recent House Appropriations Committee down in Kansas, Rep. Virgil Peck (R) thinks he has discovered a solution to the “illegal immigrant problem.”

Take It From Reagan: No Freedom Without Unions! 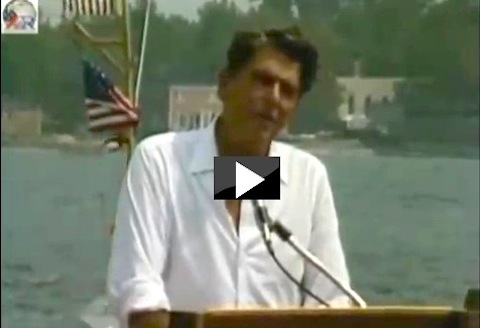 One of the best explanations of why unions and democracy are intertwined comes from none other than Ronald Reagan (circa 1980).