Here’s the amazing, energized scene when the announcement came down. 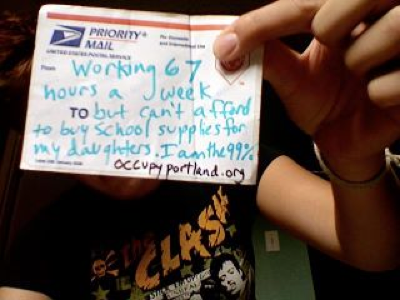 7 definitions that hit us pretty hard.

Economist and Nobel laureate Joseph Stiglitz spoke to #OccupyWallStreet in Zuccotti Park last week. These are some of his words.

On Sunday’s “This Week” on ABC, our hero stays on point despite their constant attempts to reframe what he has to say.

They’re officially supporting Occupy Wall Street. We think they should create a special flavor. What would YOU name it?

Why Is This Congressman Afraid Of #OccupyWallStreet?

Peter King (R – NY) knows what people are capable of when we unite and confront power.

This will reach thousands more people if you pass it on.