Jobless In The USA: A Tale Of Two Presidents

Hell Yes We Can, Mr. Boehner

This was released a few years ago but is even more relevant today as the “Party Of No” continues to ignore the will of the people. This version mixes the original will.i.am Emmy winner ”Yes We Can” with words from the Speaker of the House.

This Debt Ceiling Thing: Routine Or End Of The World?

In one minute, this scene from “The West Wing” explains some of why D.C. gets crazy about the debt ceiling:

Who Increased The Debt? 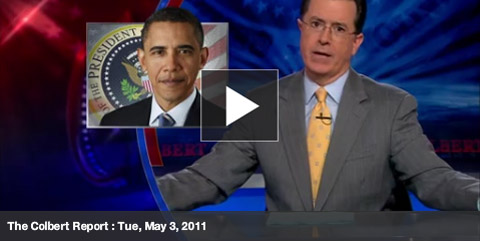 Even though it was proven (again) that President Barack Obama is an American citizen, a birther still begs to differ.

Obama Caught On Tape Being Awesome

President Obama hasn’t sounded this feisty since he was Candidate Obama.

Opposite in every single way to current President Barack Obama—in fact, “Karab Amabo” is only one letter off from actually being “Barack Obama” spelled backward—this fat, white, small-eared idiot is the GOP’s 2012 candidate dream come true.