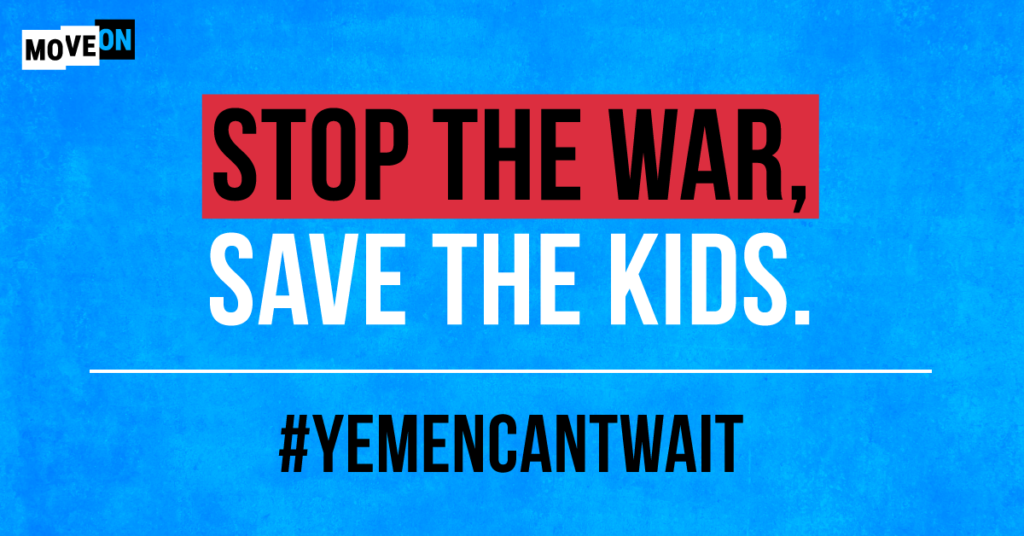 On December 13, the Senate chose to move toward ending U.S. complicity in the Saudi-led attacks in Yemen by passing the Yemen War Powers Resolution.

In a major move that will hold historical significance in the anti-war and peace movements, a bipartisan group of senators took a step toward reclaiming their war-making abilities and putting a check on our unauthorized military endeavors for the first time.

This is a victory for those who are working toward bettering U.S. global policies, for the people of Yemen who have been suffering from the ongoing conflict, and for the peace process in the Yemen conflict which is already seeing gains from U.S. pressure.

This vote marks a starting point of ending our involvement in unauthorized wars and holding allies that commit systematic human rights abuses, like Saudi Arabia, accountable.

Next, we look toward both chambers of Congress to unilaterally end U.S. participation in the war in Yemen in January so that the people of Yemen can work toward rebuilding and relief efforts. 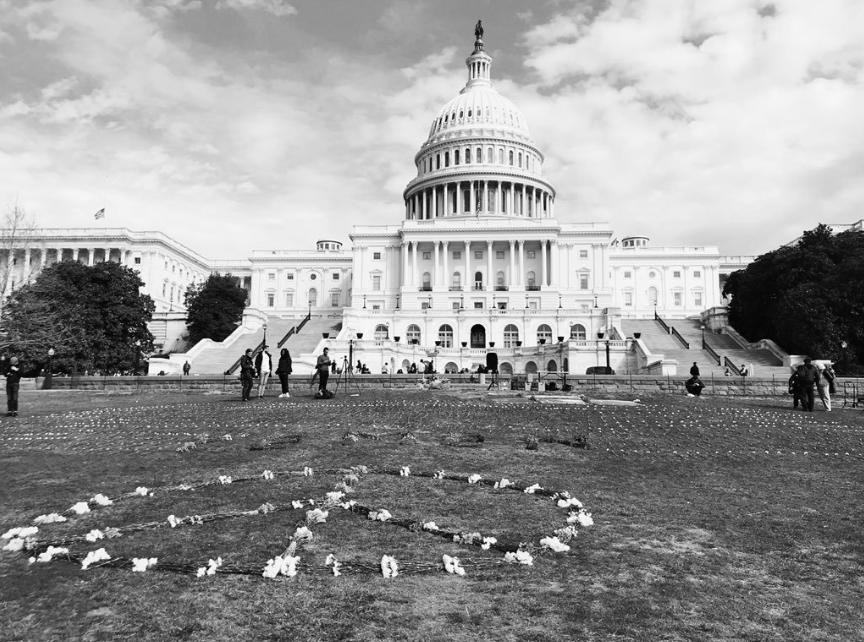 HOW WE GOT HERE 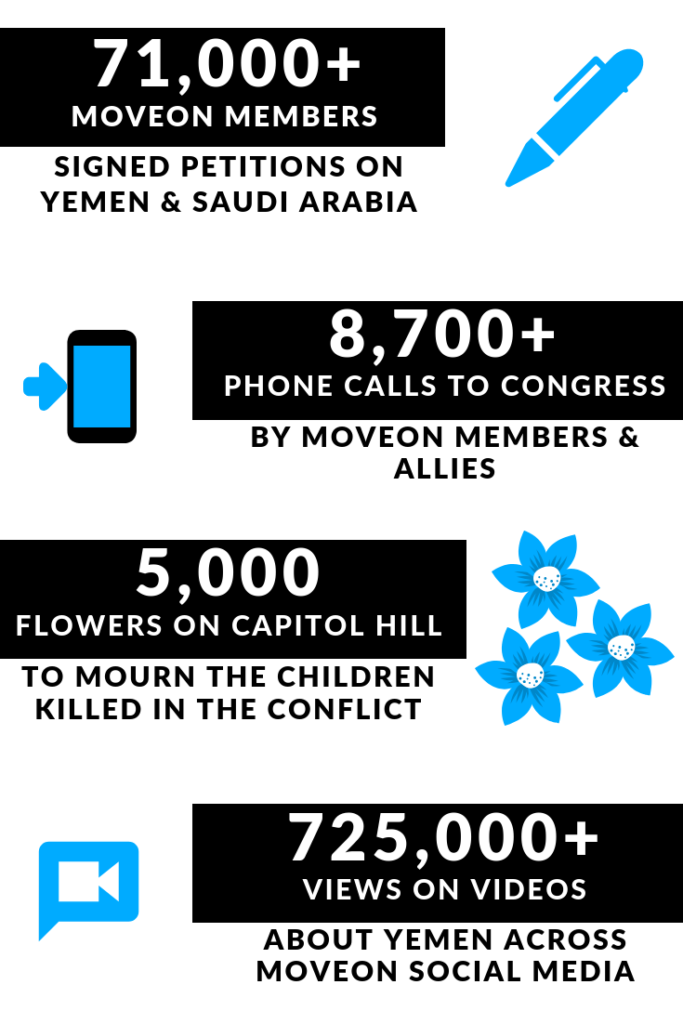 The fight isn't over. The incoming Congress must make Yemen a priority and vote to end our involvement in the Saudi-led attacks to pave the pathway toward just global policies.

Due to Saudi Arabia's role in the killing of journalist Jamal Khashoggi and its ongoing attacks that have created a massive humanitarian crisis in Yemen, the U.S. must end all military aid and arms sales to the regime.
Sign the Petition