Washington, D.C. — Today, Rahna Epting, the executive director of MoveOn, released the following statement on the escalating crisis in Palestine and Israel: “President Biden campaigned on advancing human rights and a diplomacy-first foreign policy to restore America’s leadership around the world. He now must take urgent action to help de-escalate the situation in Palestine […]

Rahna Epting, executive director of MoveOn, released the following statement on the Derek Chauvin verdict: “Today, we express a collective sigh of relief. The Derek Chauvin verdict is a welcome measure of accountability. Yet, the truth is that Chauvin being convicted for killing George Floyd is, unfortunately, the exception in this country, not the rule.”  “In […]

MoveOn on Biden Infrastructure Plan: “Democrats Must Move With Boldness And Urgency To Meet This Moment”

Statement of Rahna Epting, Executive Director of MoveOn, on President Biden’s infrastructure plan: “President Biden has laid out a bold first step to rebuilding our country after the catastrophic impacts of the pandemic and President Trump’s failed leadership. It is the exact kind of leadership and change from the past that voters voted for in […] 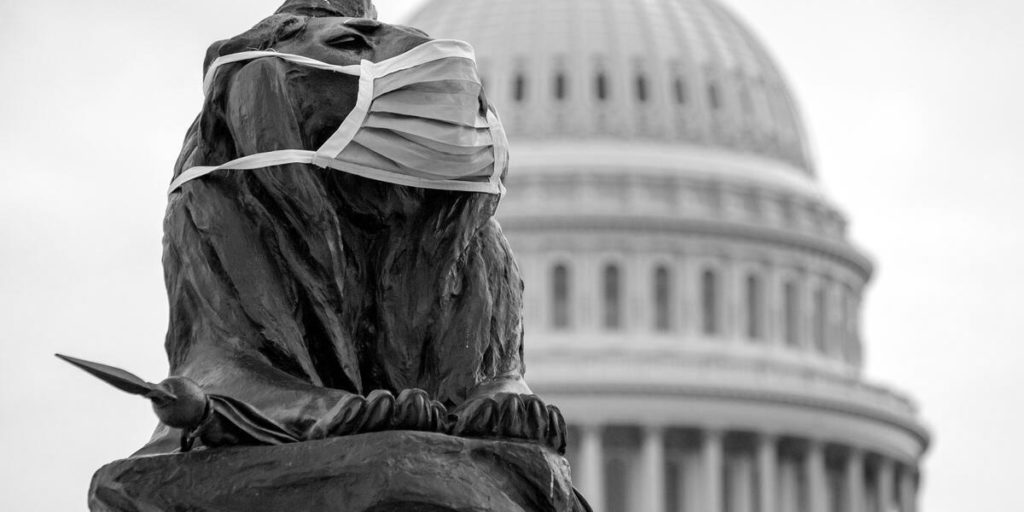 WASHINGTON, DC — Moments ago, the United States House of Representatives passed the Senate’s version of President Biden’s COVID-19 relief bill, which will provide millions of people with $1,400 direct payments, billions of dollars for vaccines and testing, and tax breaks to low-income earners and families with children, among other vital policies. In response, Rahna […] 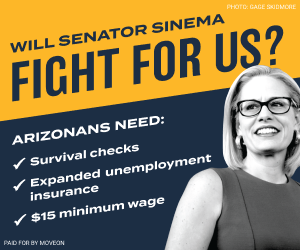 Print & Digital Ads Call on Sinema to Support Survival Checks, Expanded Unemployment Insurance, and Increasing the Minimum Wage    Today, MoveOn is releasing new print and digital ads in the Arizona Daily Star and on Tuscon.com demanding that Senator Krysten Sinema (D-AZ) stand up for Arizonans in the midst of the ongoing COVID-19 pandemic. With a state jobless rate of 7.5%, […]

Those who aided and abetted a deadly insurrection must be held accountable.  Washington, D.C.– Today, MoveOn Civic Action is launching a new national and state-specific “Treason Caucus” accountability campaign to hold politicians accountable for aiding and abetting a deadly insurrection against the United States government. On January 6, the American people watched as a mob […]

Senators who supported Trump’s insurrection cannot also be his judges. As House Speaker Nancy Pelosi prepares to send to the U.S. Senate the article of impeachment passed by the House against Donald Trump for inciting a deadly insurrection in an attempt to undermine America’s election, MoveOn Executive Director Rahna Epting issued the following statement: “Donald […]